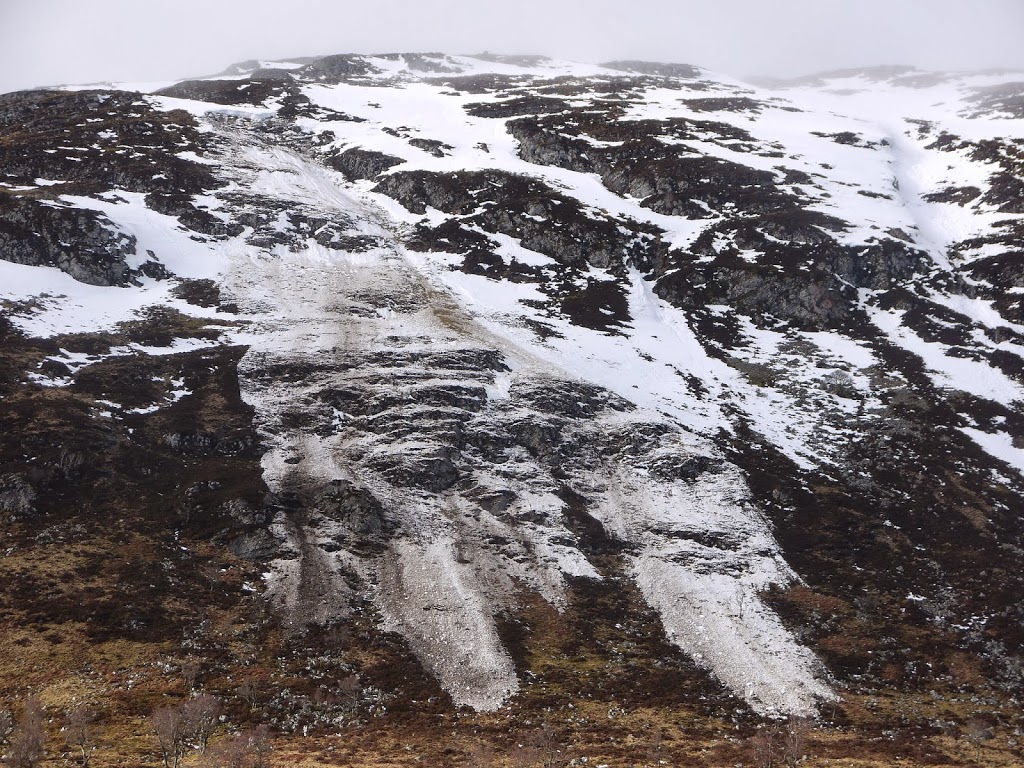 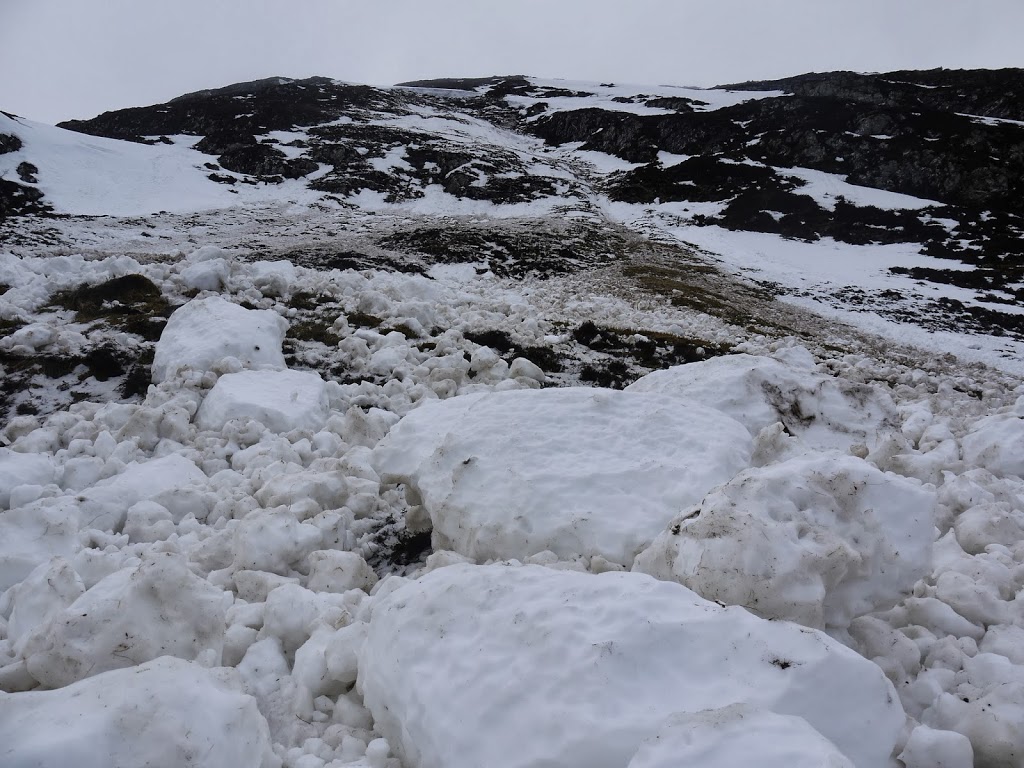 (Above) Big blocks with trees, boulders, rock and mud entrained. The avalanche also picked up a lot of lying snow in its path. Quite steep in the foreground – approx. 30 degrees inclination. 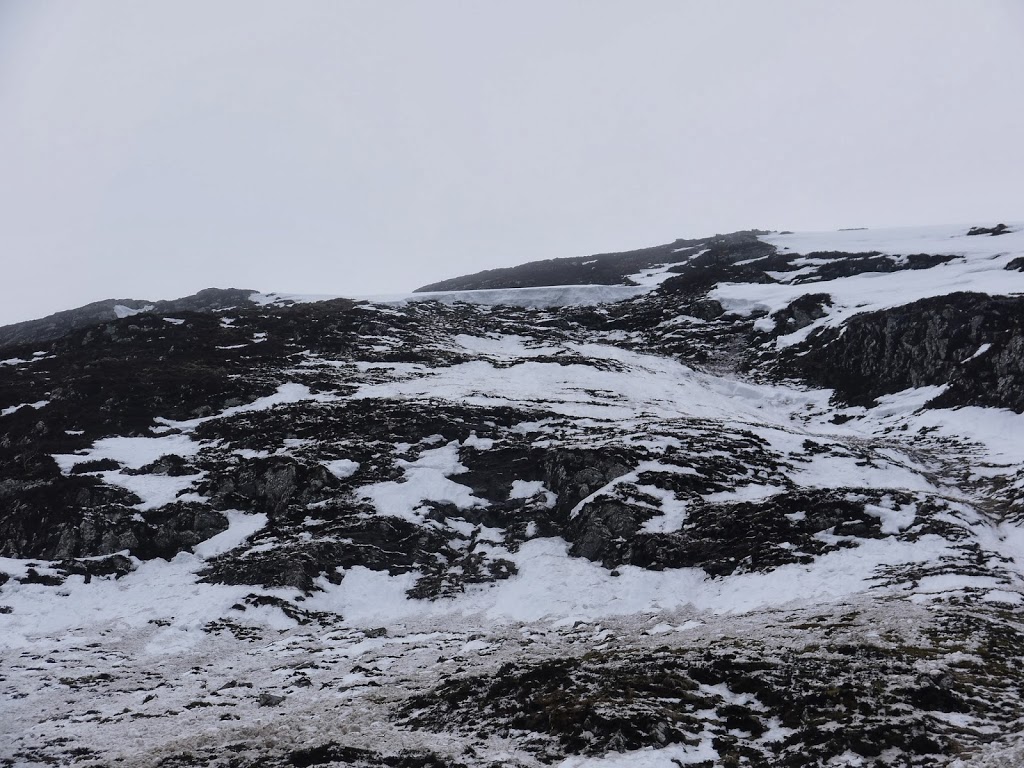 (Above) A closer look at the crownwall.  Approx. 3m high. Fracture line at 700m altitude where the ground is inclined at circa 35 degrees. Reminded me (a little) of what a glacier looks like when it calves seracs! There’s a shallow burn line which the avalanche debris followed initially before breaking out wide then descending over crags (immediately behind the camera). 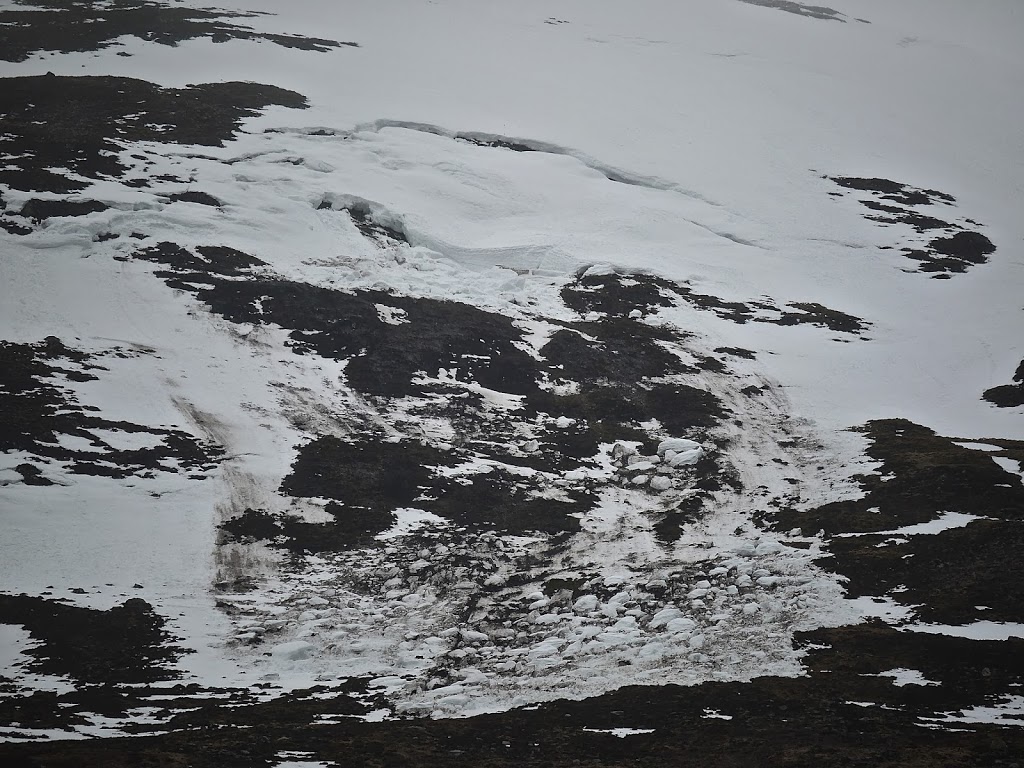 (Above) Older full depth avalanche on Sron a Ghoire, immediately above Aberarder. Fracture line also at approx 700m. This event happened several days ago but is a similar aspect and altitude to the Creag Mhor avalanche and about 2km away.

Forecasting full depth avalanches is notoriously difficult and somewhat akin to forecasting earthquakes (which is most certainly fraught with difficulty and uncertainty). Weak layers – like we find in the normal course of avalanche forecasting – don’t exist in the same way. There is a difficult interplay of tensile strength/ice mechanics/gravity/mass/bed surface roughness and lubricity where the snow meets the ground, which is some way outside the SAIS remit (and understanding…although Blair is probably best placed to have a grasp of this!) A massive shear frame would be a useful, if impossibly unwieldy, piece of field study equipment that would give us a better practical indication of when this sort of avalanche activity might occur….. (Phd students with research proposals form an orderly queue here!)