(Above) Creag Meagaidh and Post Face vista from the East. Partially buried crownwall of yesterday’s avalanche on Sron a Ghoire just visible on lower shoulder (left of centre) at 750m. 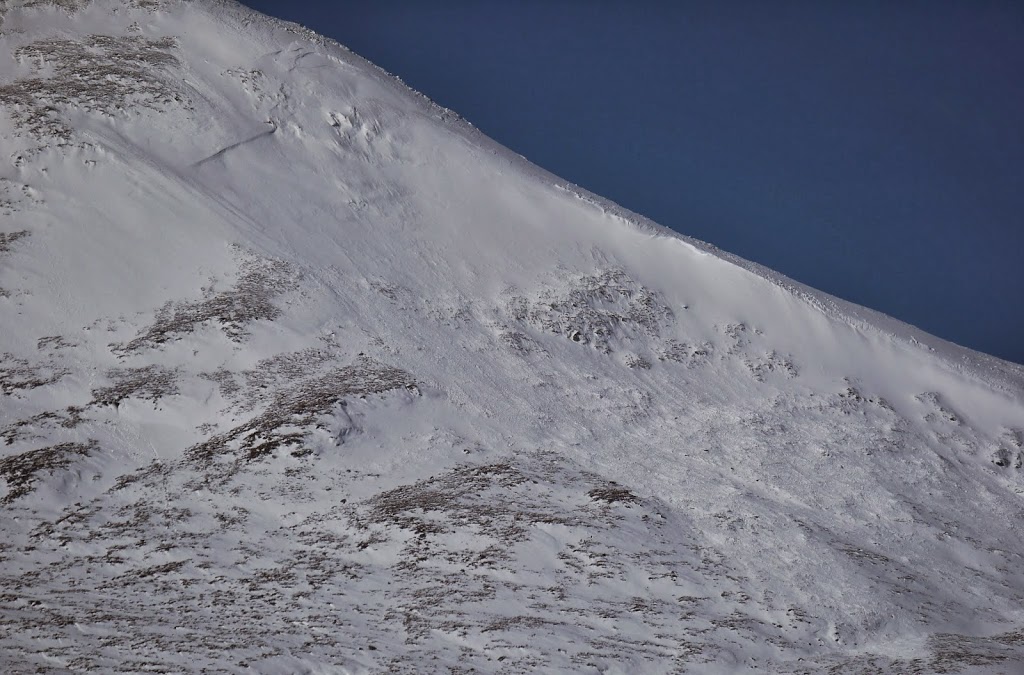 (Above) Sron a Ghoire avalanche crownwall more apparent here. The crownwall was 250m across and about 60cm deep, breaking down on the shoulder where it is now completely obliterated by recently drifted windslab. Estimated release later yesterday afternoon. 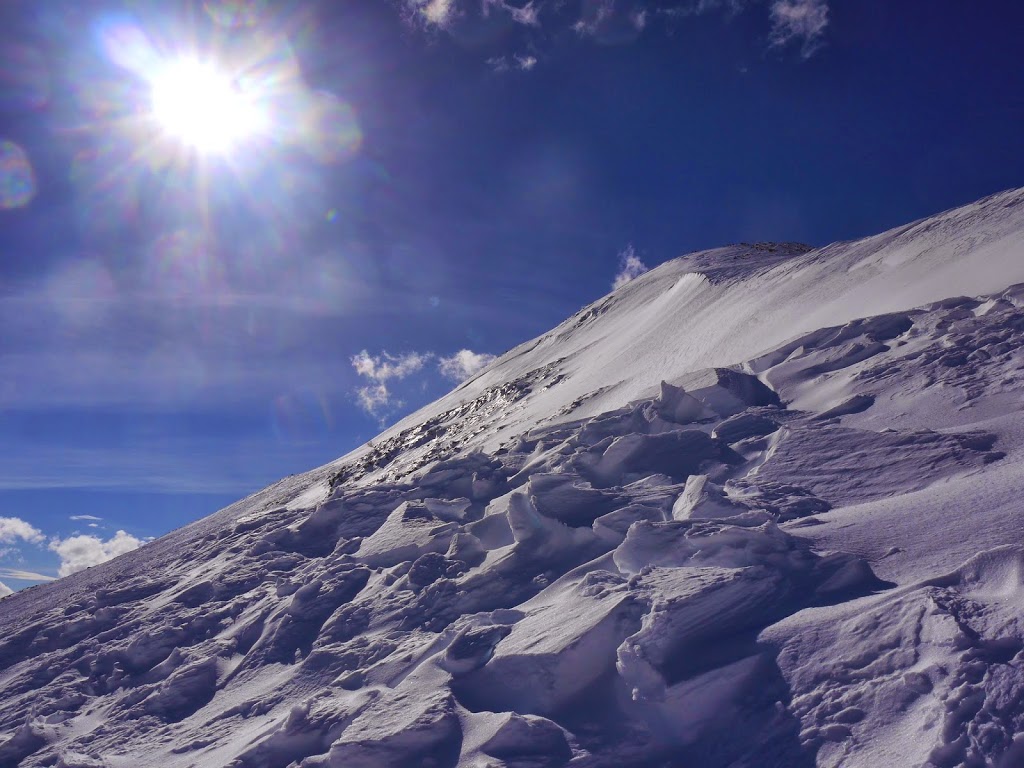 (Above) Debris quite blocky and ran out 250m. Pretty solid Class 3 avalanche. 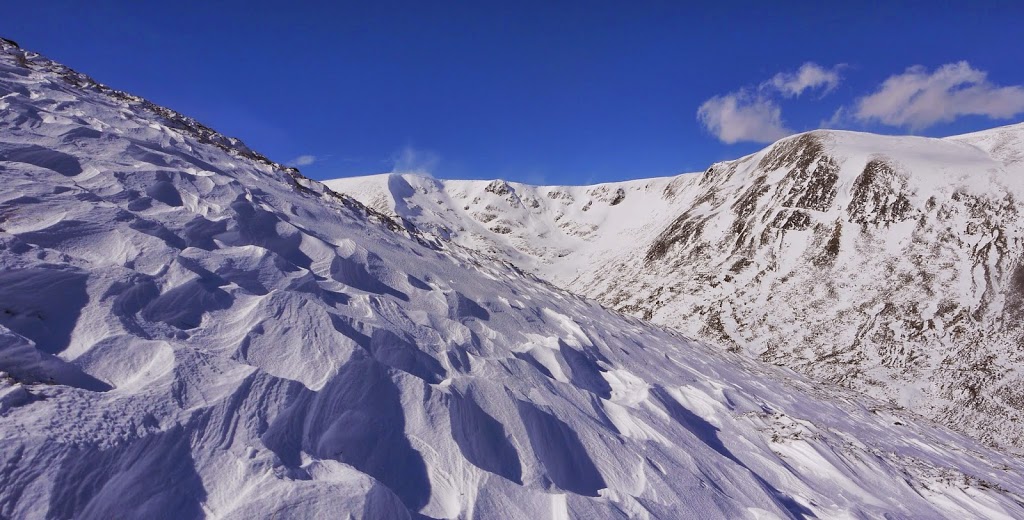 (Above) Sastrugi bearing witness to recent scoured and drifting. Coire Chriochairein in the background. 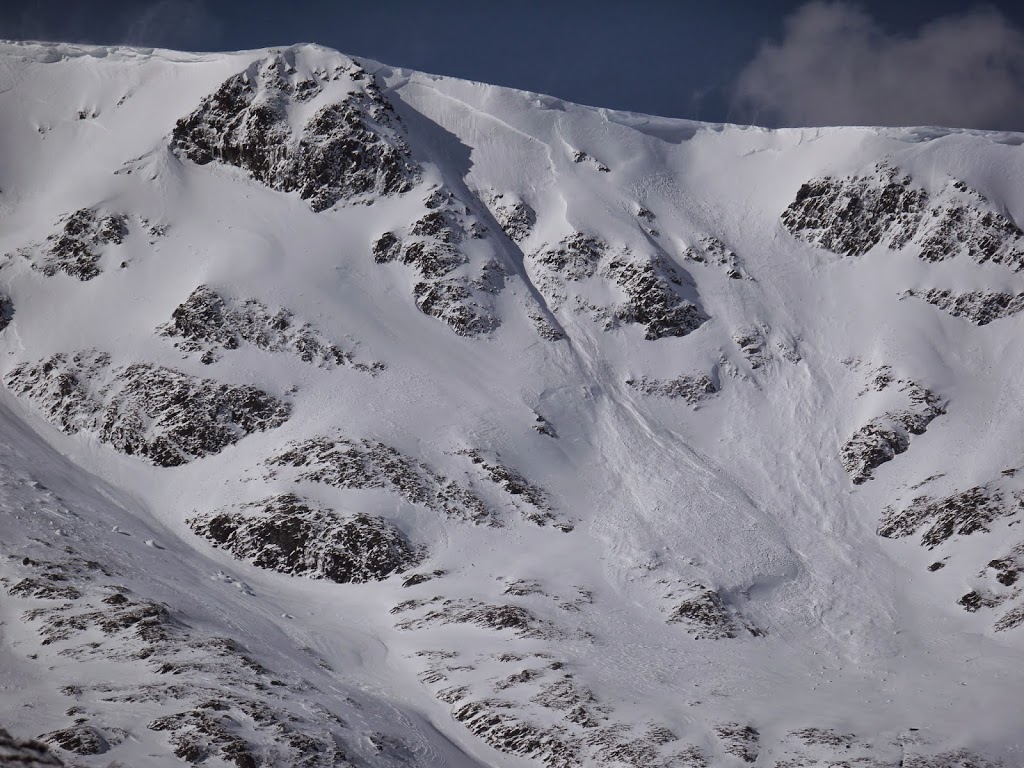 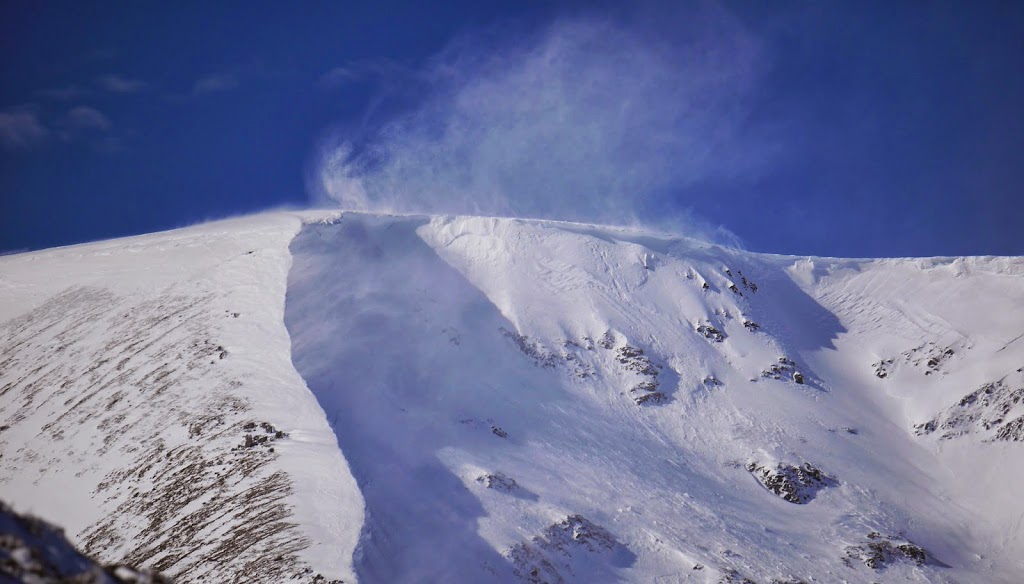 (Above) Winds picked up quickly during the day giving rise to huge plumes of spindrift. 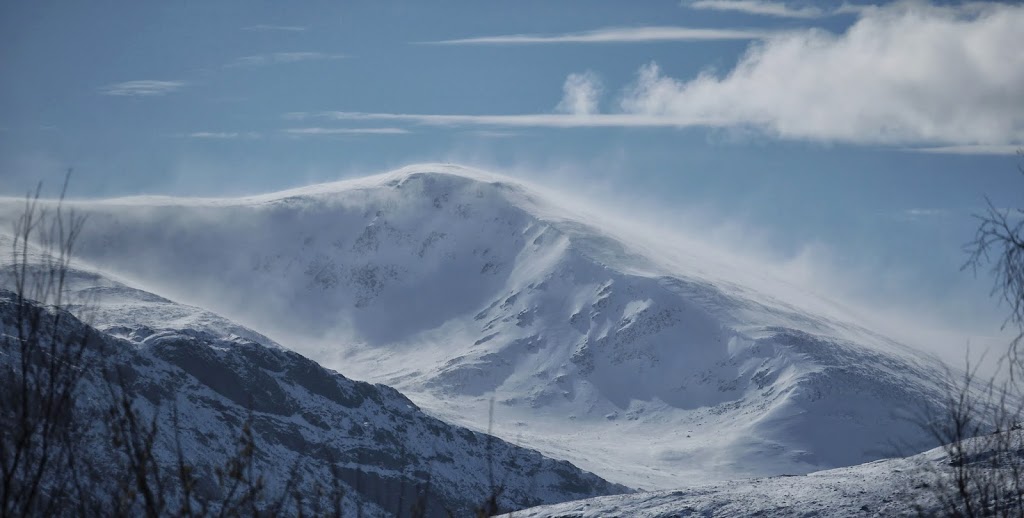 (Above) Eastern end of the Grey Corries from Aberarder. Seemed to be drifting all day over towards Lochaber. 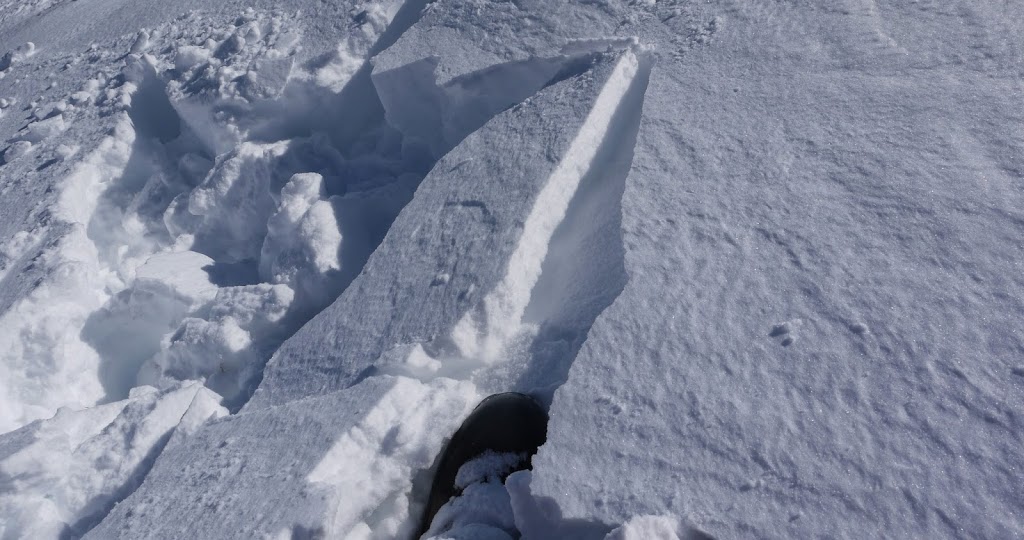 (Above) This is an easy release in the windslab laid down yesterday. Low altitude – 750m. A bit of a temperature gradient in the pit today and one or two facetted edges showing up 15cm down, same weak layer shown in the shot. Warm in the sun but cold air and snowpack temperatures, including on the surface of the snow.

Much milder on Tuesday when dry slab expected to turn to wet slab avalanche instability.