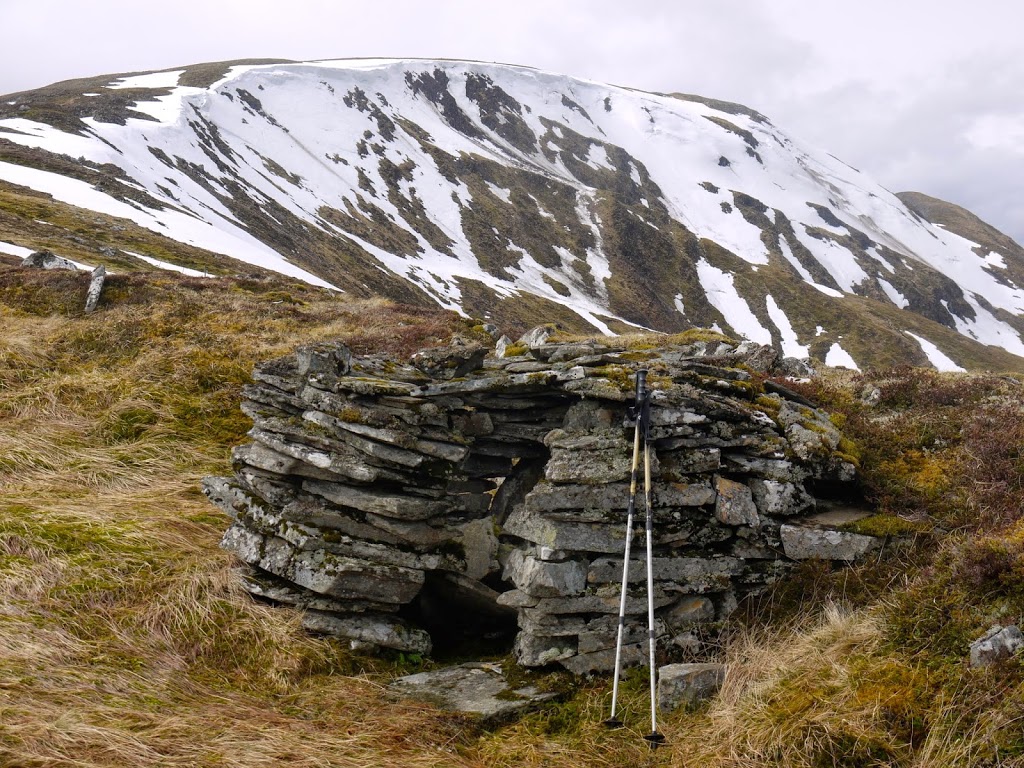 (Above) Coire a Bhein today.

As I was wandering about today I stumbled on this curious structure. Some years ago spotted a similar one some way below the summit of Carn Ban Mor in the Cairngorms when en route to the Great Moss. Both reminded me a bit of some chambered cairns in Caithness – below 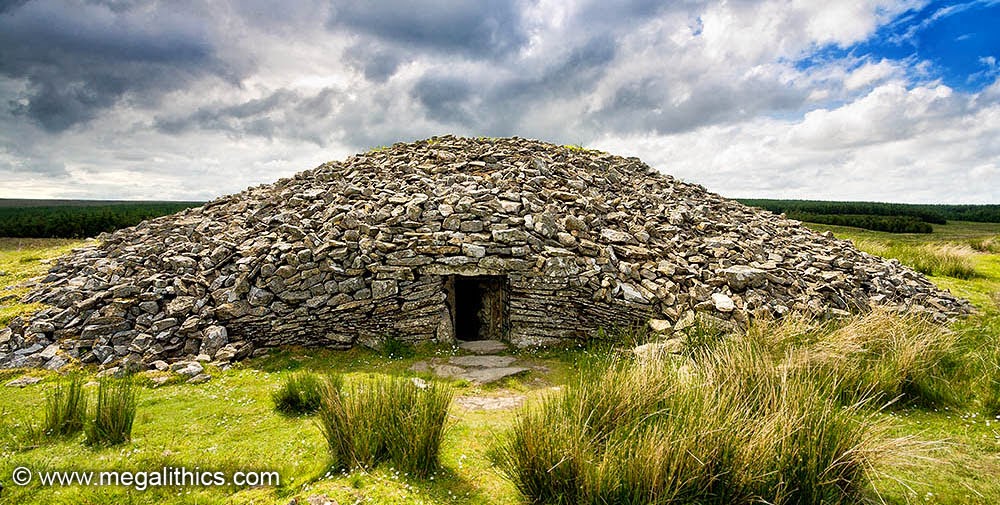 (Above) One of the prehistoric Grey Cairns of Camster.
If you squint a bit at the first photo it might just resemble this (in end state)? – below 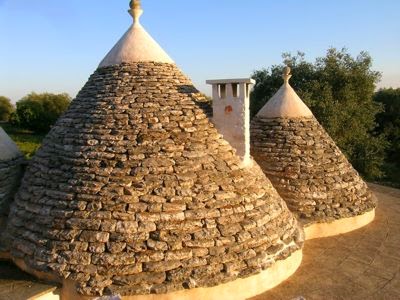 (Above) One of the Trulli houses of Apulia in the far south of Italy. That’ll be a not very Scottish olive grove in the background.

I asked Rory Richardson, the main man at SNH Creag Meagaidh, about the Coire a Bhein structure and he’s pretty sure it’s an old stalkers’ shelter built early in the 20th century. 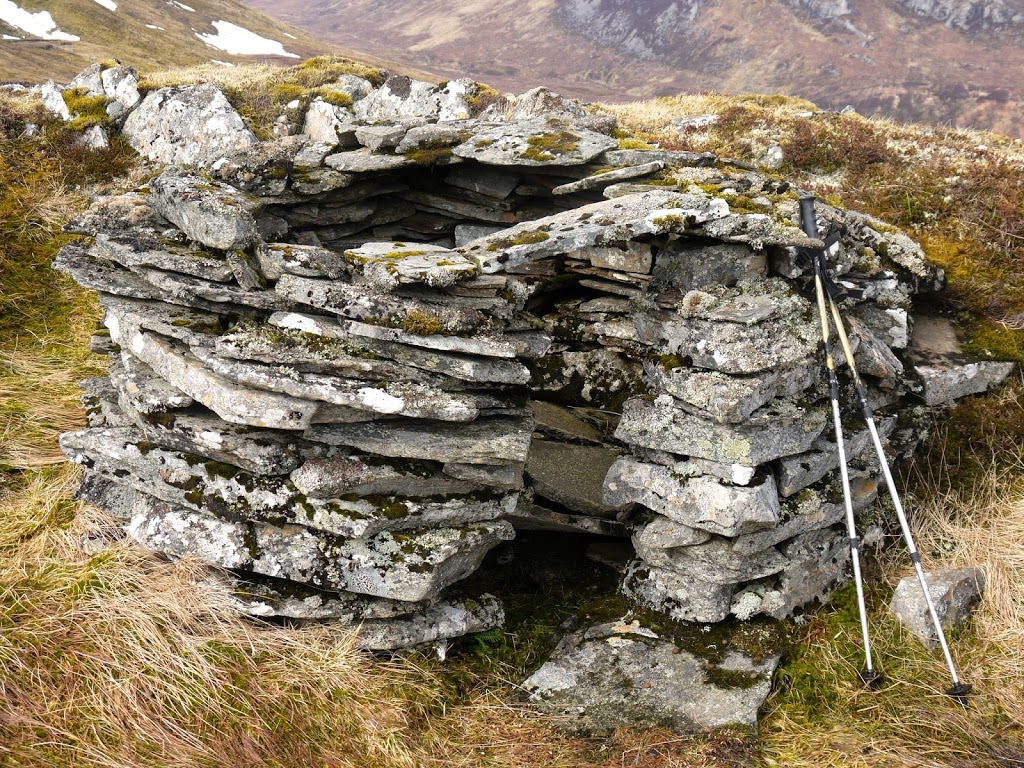 (Above) Coire a Bhein ‘stalkers’ shelter’. Room for two people inside (just). 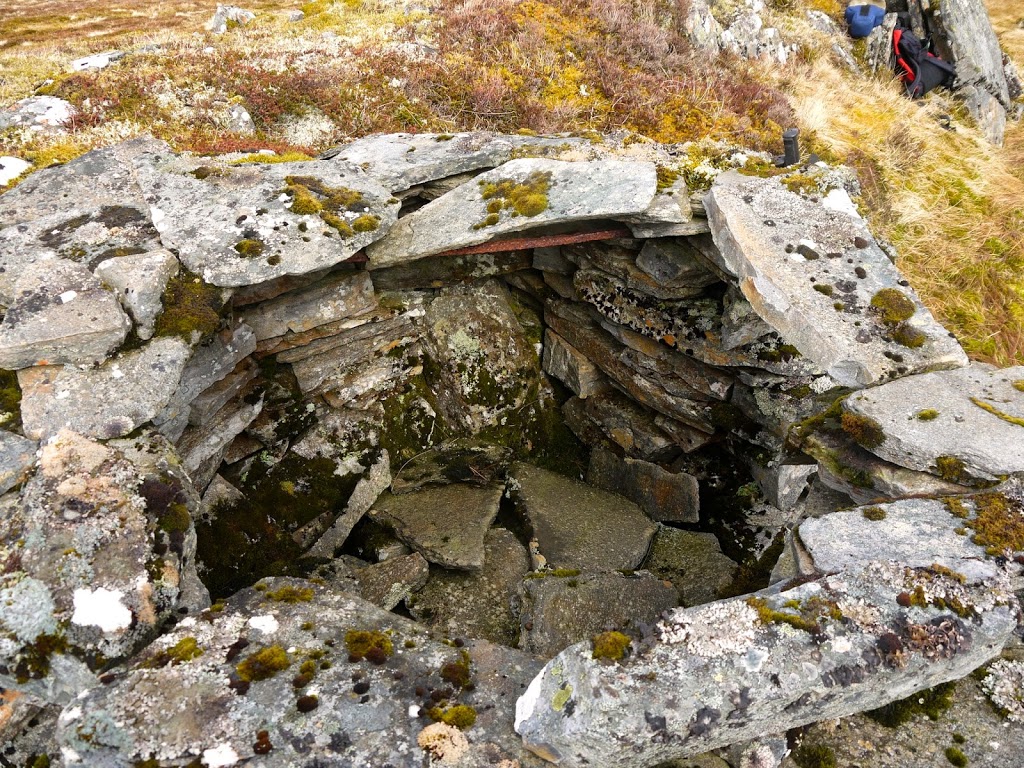 (Above) Remains of ironwork to support the tapering roof?