Things change but everything stays the same. Creag Meagaidh can’t quite shake off its full depth avalanche habit that plagued us so much last season. Day 1 starts with the same old, same old. 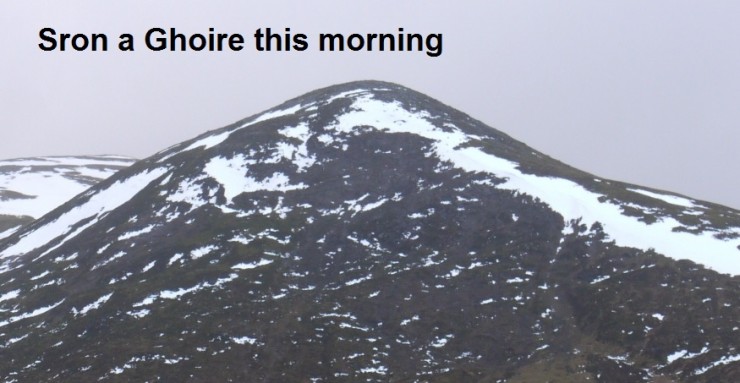 (Above) Shot taken of Sron a Ghoire and 10am this morning. 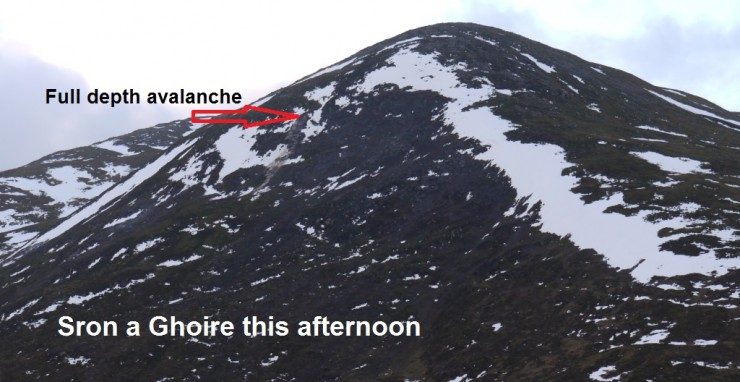 The precursor to all this will have been the period of heavy snowfall early this week – Sunday night/Monday. A sharp and sustained increase in temperatures followed, aided by heavy rainfall, giving us our now familiar sequence of full depth avalanche activity. The rest of the snowpack is thawing and pretty stable but a few well known places on our patch have some further full depth avalanche potential. Unlikely to be as dramatic as the bigger events of last season but worth bearing in mind if you’re venturing into our area.

We have much more snow than the ‘Gorms at the moment but who knows how long it will last given the unseasonal temperatures projected for the next few days. Principal gully lines just complete though narrow as you can see in the photo below. Plenty of evidence of recent rockfall in gullies and below most crags today. 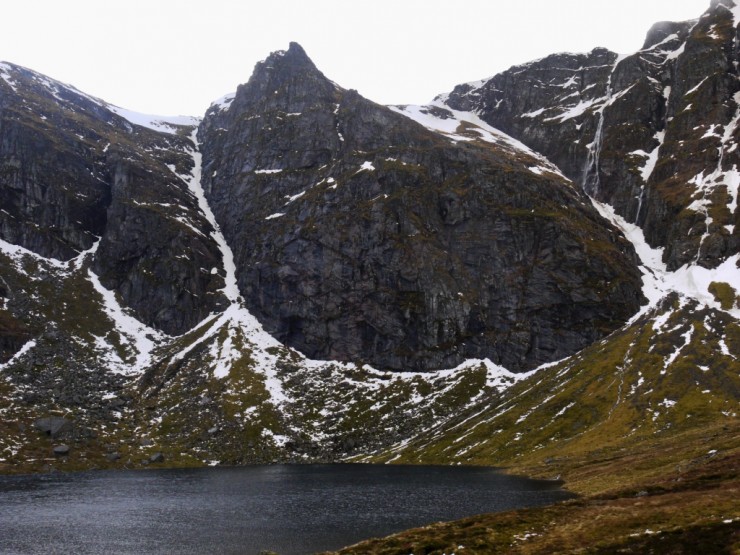 (Above) L to R. Raeburns Gully, Pinnacle Buttress, Easy Gully and part of the Post Face. 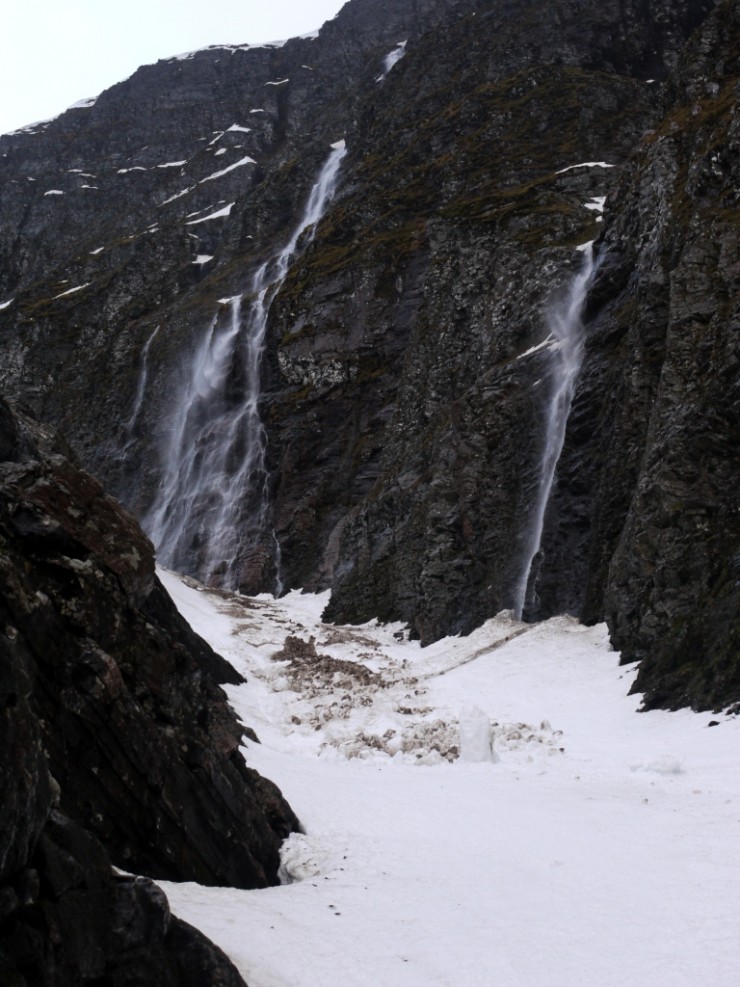 The bottom of South Post is also awash with water.

For those unfamiliar with Creag Meagaidh’s gullies: piles of avalanche debris are normal features of these locations right through the winter. Really recent avalanche debris is a sign of lingering instability but really old stuff can be rock hard, unyielding and a merely a sign of historical avalanche activity. The dry slab avalanche debris in the photo above is a few days old. 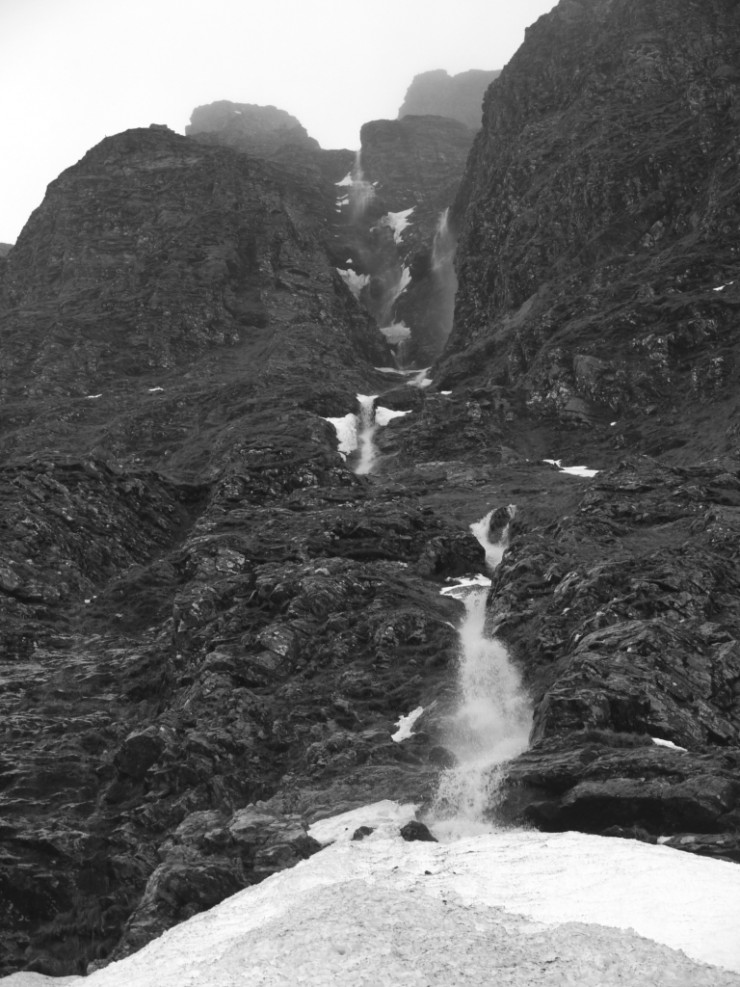 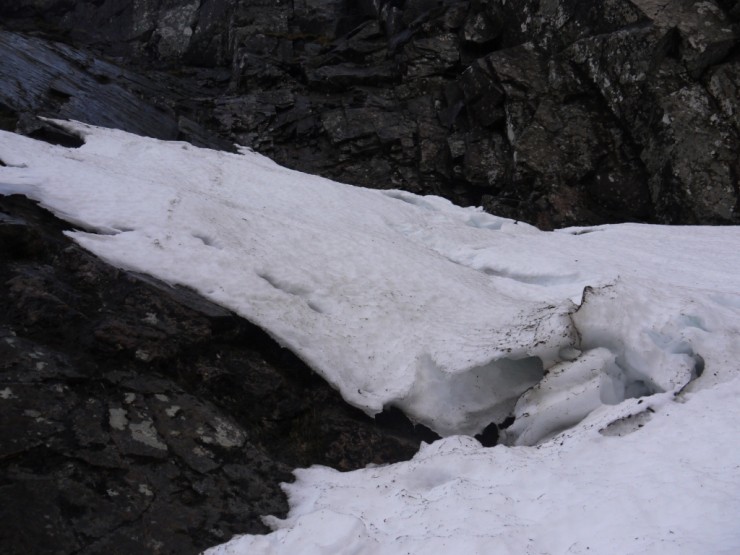 (Above) Gliding and buckling snow in Easy Gully.

The slab of snow on the left is about 15m square. There’s a lot of meltwater at the rock/snow interface which is enabling the steady (and sometimes not so slow) movement down slope. 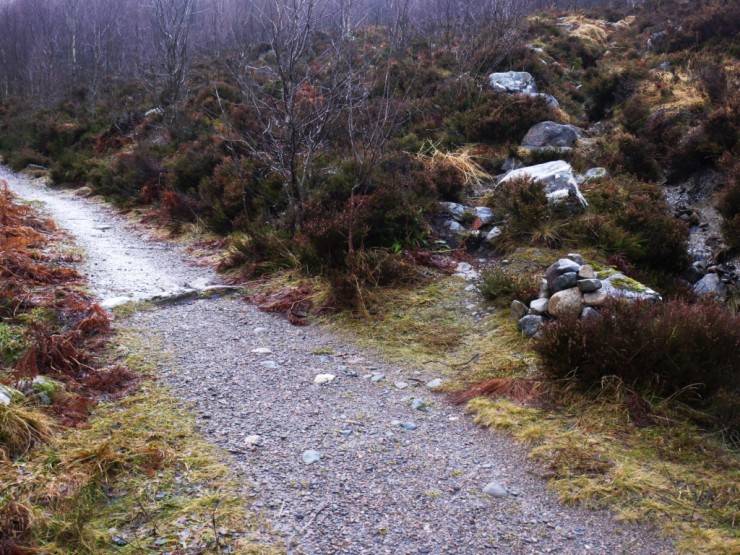 (Above) A cairn on the main Coire Ardair path – right of centre.

This was probably built by a well-meaning person endeavouring to waymark the route to Carn Liath for other hill users. There was a little flurry of comment in the media during the autumn about cairn building after the John Muir Trust issued a press release on ‘mini-cairns’ littering Ben Nevis. Here’s a piece from ‘The Guardian’ about it:

The cairn in the photo above does indeed mark oneÂ of the points of departure for Carn Liath……but not the best one! Following that particular route takes you through a horrible marshy morass when ascending the Munro. There’s a much better (drier and less strenuous) route from a departure point not 100m away from the cairn in question! There are loads of different ways up Carn Liath from Aberarder and cairns next to the path (or anywhere else for that matter) are really not necessary….at all. 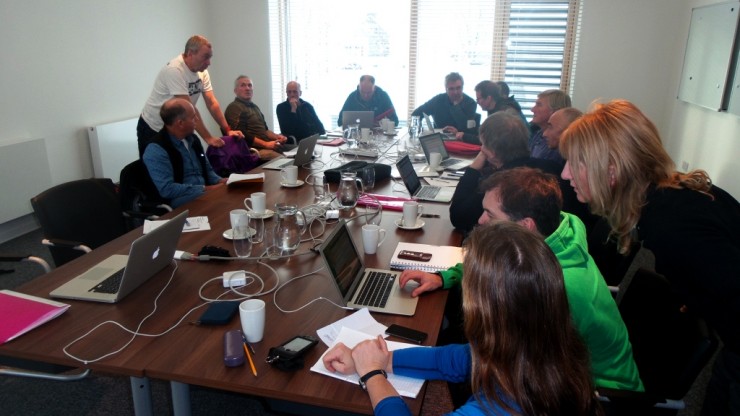 …….we also had a ‘meet & greet’ with the new Search and Rescue (SAR) boys in late April up at their brand spanking new base next to Inverness airport…. 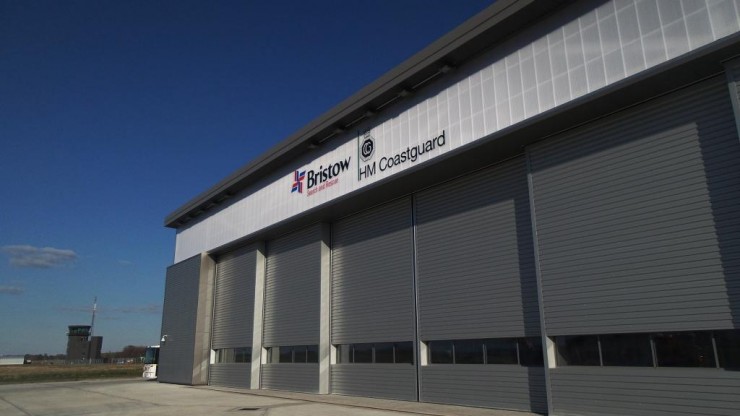 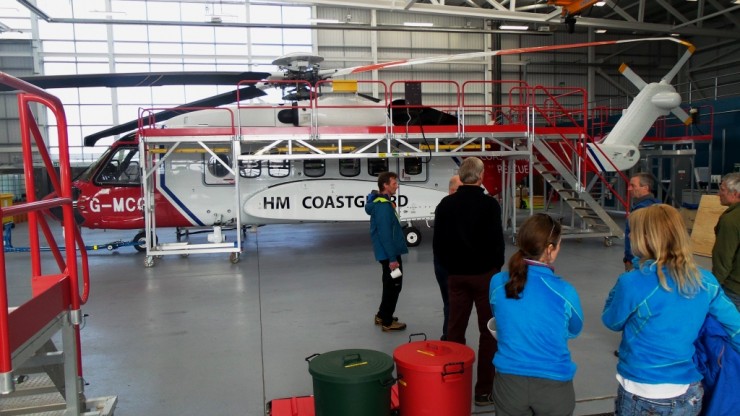 (Above) Got the guided tour of the facility after each one of the 5 SAIS areas had delivered a presentation on the topographical peculiarities and avalanche ‘hot spots’ of their patch to the newly installed SAR air crew. 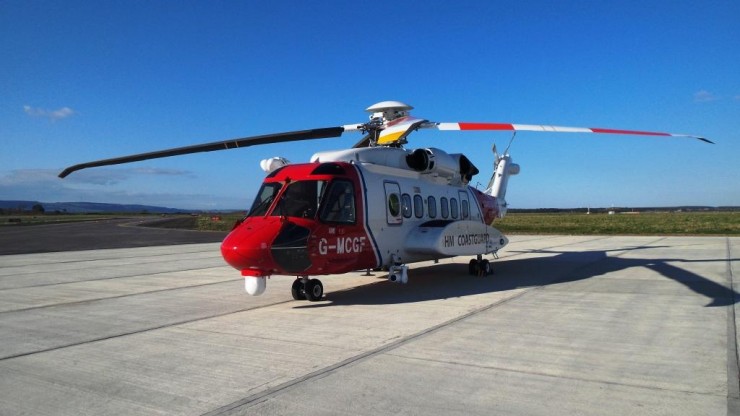 (Above) Very powerful and capable aircraft flown by a mix of ex-RAF and Bristows air crew.

(Above) SAIS personnel in the pilot and co-pilot seats being shown the ropes by one of the SAR boys.

“Er, which button do you press to fire the missiles…?” Â (Actual quote)