Stormy, but for the greater good. 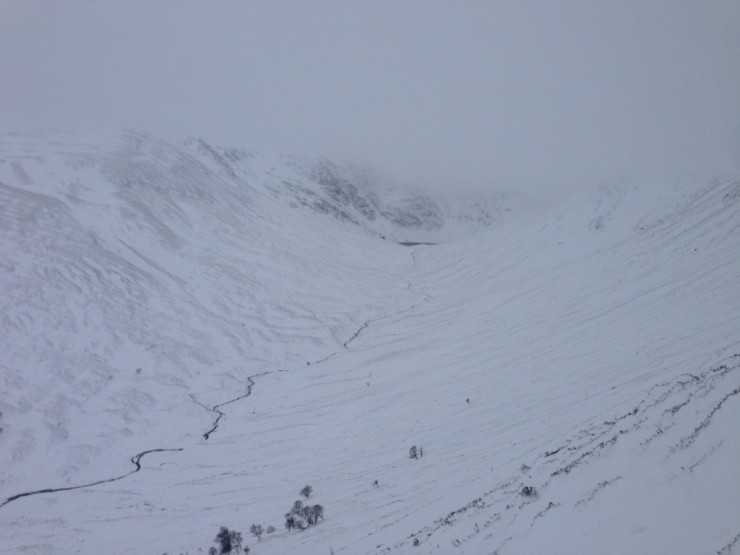 Looking into Coire Ardair yesterday (Sunday). Deep snow made for hard going on foot, I was jealous of the team on skis. Â Lots of snow is the first stage to formation of good ice for climbing, and a good base for skiing, so although it made for hard going, I was pleased to see the snow. 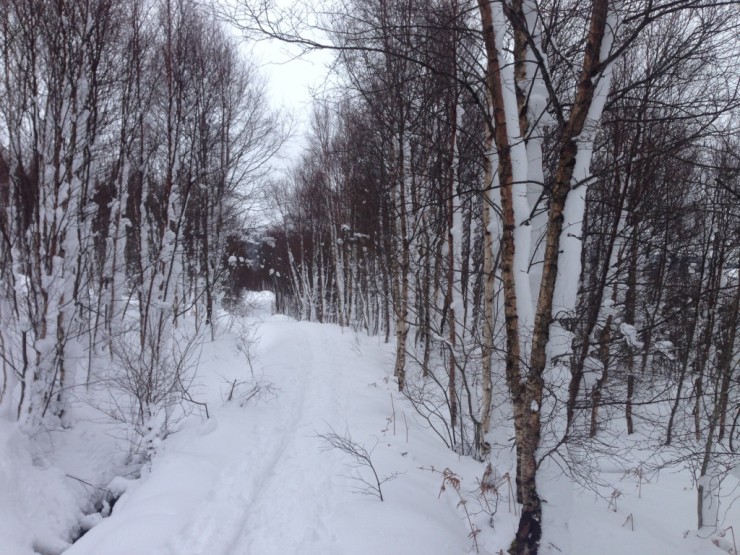 The path down through the woods yesterday very pleasant. 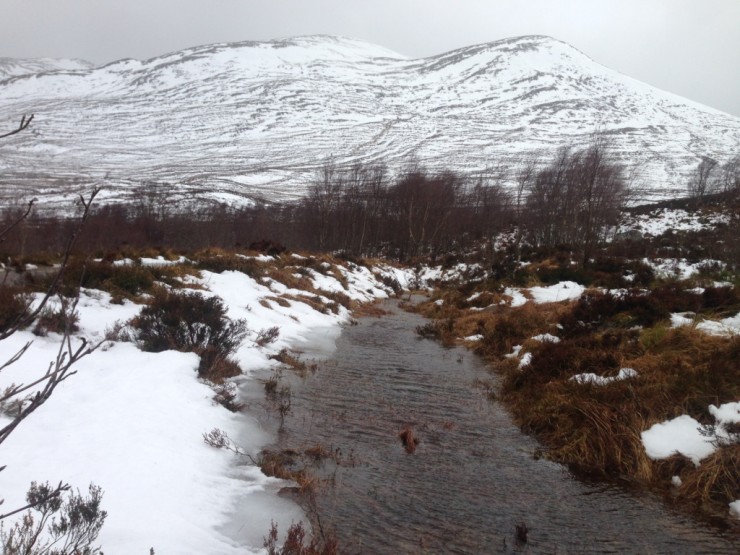 Today had a rather different feel about it, with a fair bit of both wind and water. 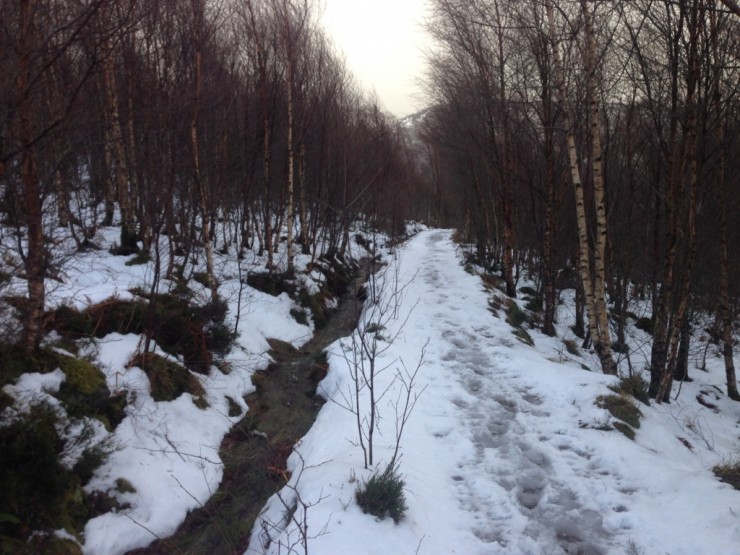 The path down through the woods felt a little less enchanting than it had 24 hours previously. 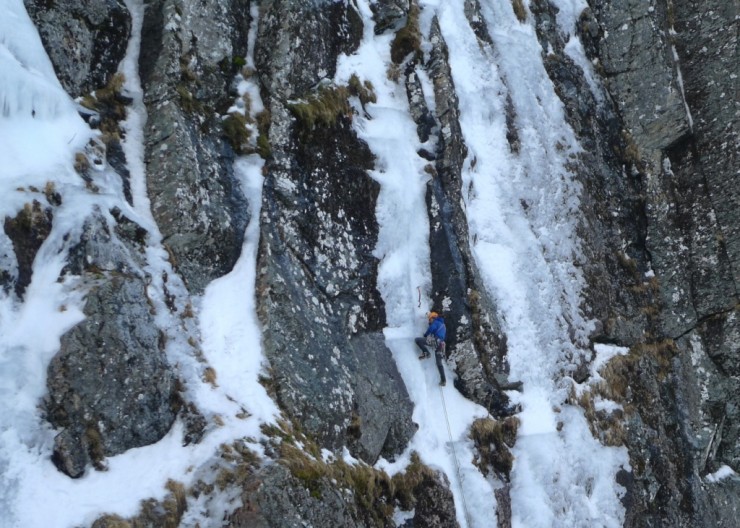 It has been a stormy few days on Creag Meagaidh. However, that is no bad things. Unlike the snowed-up rock routes of the Northern Coires, the classic winter routes of Creag Meagaidh (like a fine malt whiskey) require the correct conditions and a fair amount of time to mature. In the picture, taken last year, Â a climber enjoys some good ice on the much sought after, but rarely formed Fly Direct on Pinnacle Buttress. The current conditions; yesterday’s snow, last night’s thaw, today’s colder conditions, and tomorrow snow will hopefully be encouraging the ice to begin forming in interesting places such as this.