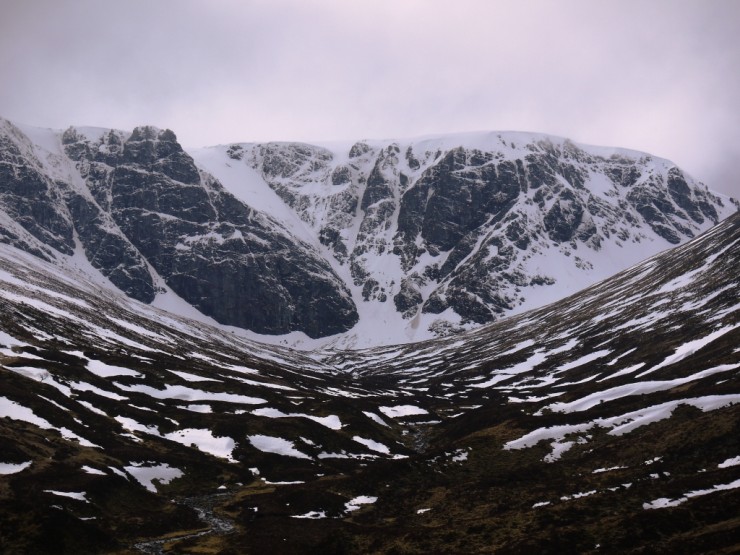 (Above) Quite bright to start the day but deteriorated around noon with the onset of snow showers. Evidence of a small full depth avalanche on the Post Face sometime overnight or during the first part of the morning. The smear of dirty debris is visible low in the mouth of Easy Gully (just R of centre of shot) below the first ramp of Staghorn Gully. 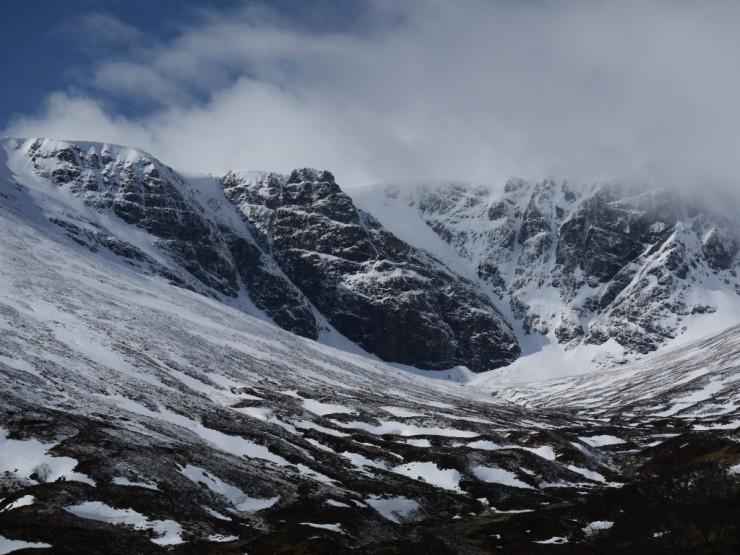 (Above) A photo from yesterday afternoon prior to the full depth avalanche activity. 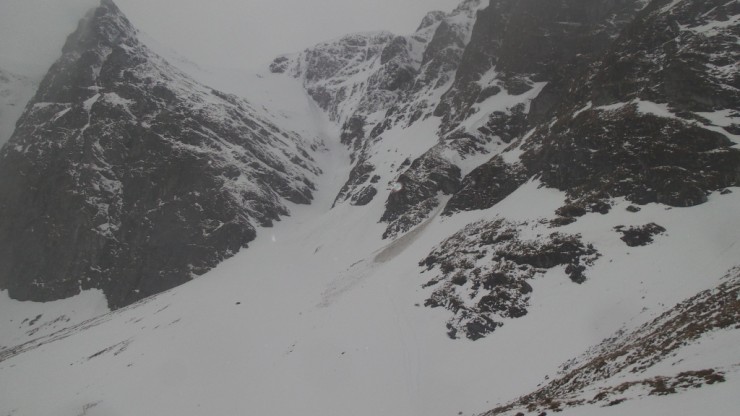 (Above) My camera battery died so resorted to my phone for photos. Full depth avalanche debris more or less centre of shot. Recent cornice debris also noted below the NE facing crags of the Inner Coire – entrained rocks and soil on its journey down. Pretty murky when the showers kicked in and a contrast to the earlier sunshine. A few walkers in T-shirts on the main path en route to the lochan resorted to hats and jackets later. 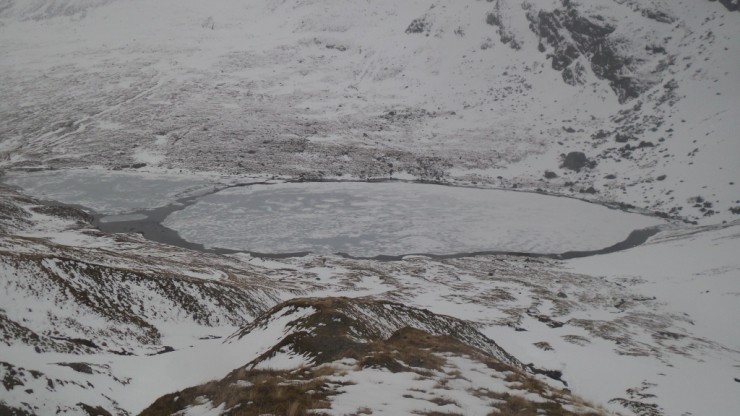 (Above) Looking down to Lochan a Choire from the Inner Coire ascent/descent route. Ice on the lochan is still quite thick.