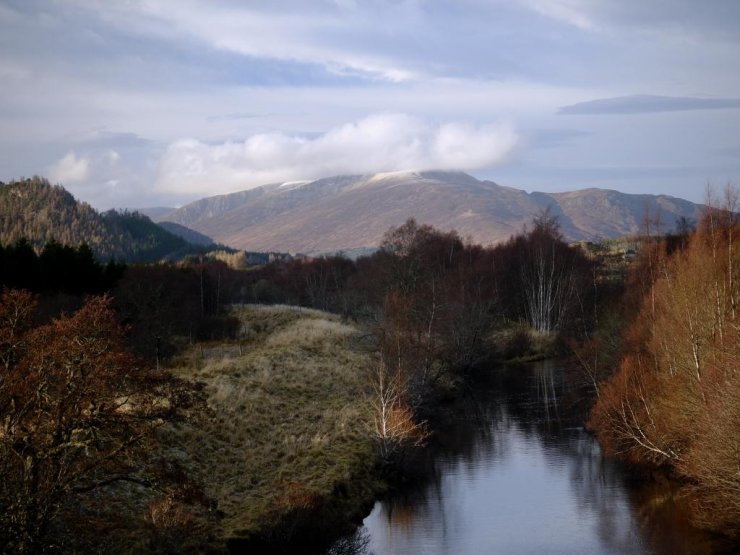 This morning: Looking towards the eastern end of the Carn Liath massif with the River Spey in the foreground.

Overnight frost and clear in the morning. Winds picked up pretty readily though as the anticipated front approached from the west. Hills were largely snow-free save for an ephemeral frosting above 900m.

Sron a Ghoire, the Post Face and The Window from near the Ardverikie Estate office on the A86. 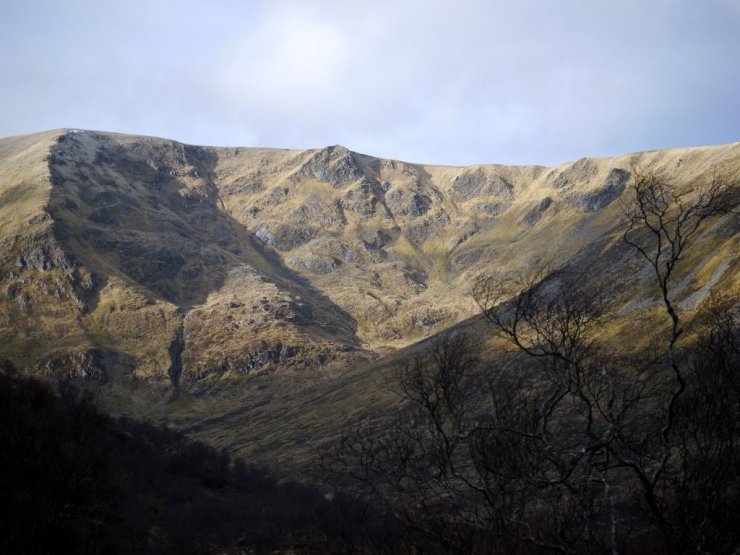 Coire a Chriochairein in the mid-morning sunshine. One of our ‘early indicator’ areas. 1050m at extreme left skyline. Should see quite a change in overall colour by the end of Wednesday. 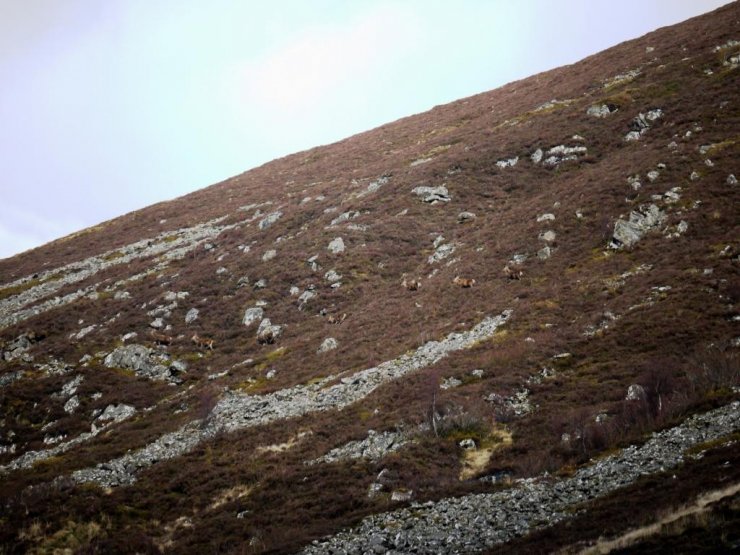 Seven deer on the move high on the west-facing slopes of Coire Ardair. Disturbed this group on the way up to Na Cnapanan. After bolting away from me they moved over the col and down into the shelter of Coire Chrannaig to seek shelter from the wind and cold temperatures.

L to R: Pinnacle Butress, the Post Face, the Inner Coire & The Window. A blank canvas today but some contrasting white expected here by the end of Wednesday. 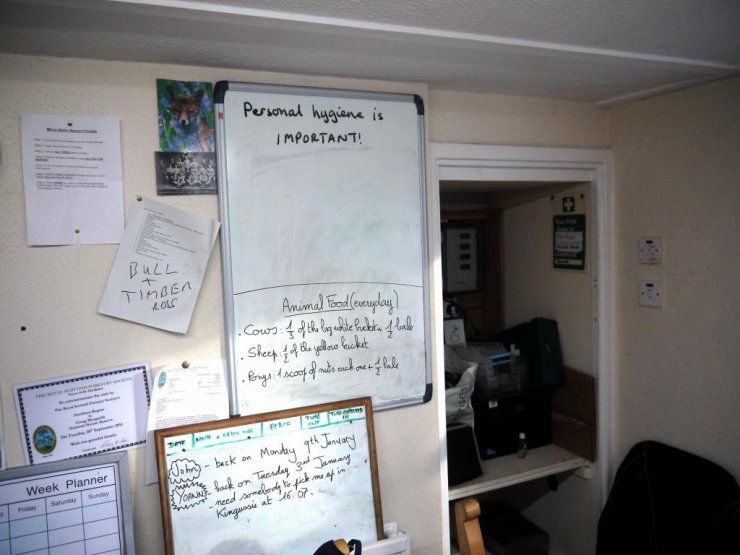 Top of the agenda on the SNH Aberarder Farmhouse whiteboard today. Not a bad credo to live by!

There’s a lone female amongst the student-age resident volunteers at SNH Creah Meagaidh and she’s attempting to whip the lads into shape. As is often the case, a group of young males left to fend for themselves can become a little ‘noseblind’ (culled from a current TV ad!) and their accommodation often ends up with the not very delicate musk of ‘Eau de Bloke’. Â Those of you with experience of student halls or shared student houses will know exactly what I mean!