Back To The Future

For some reason our particular part of the internet got broken yesterday. Upshot of this was that the blog homepage showed the last blog entry as 01/01/1970 – the era of flared trousers, demi-perms (even for those of the male persuasion!) & tank tops – when the internet was probably something trawlermen used for landing haddock.

Anyway. The jolly helpful chaps with beards and lumberjack shirts at Strut Digital worked their magic overnight and got it all back to the future for us for today.

The thaw continues of course. 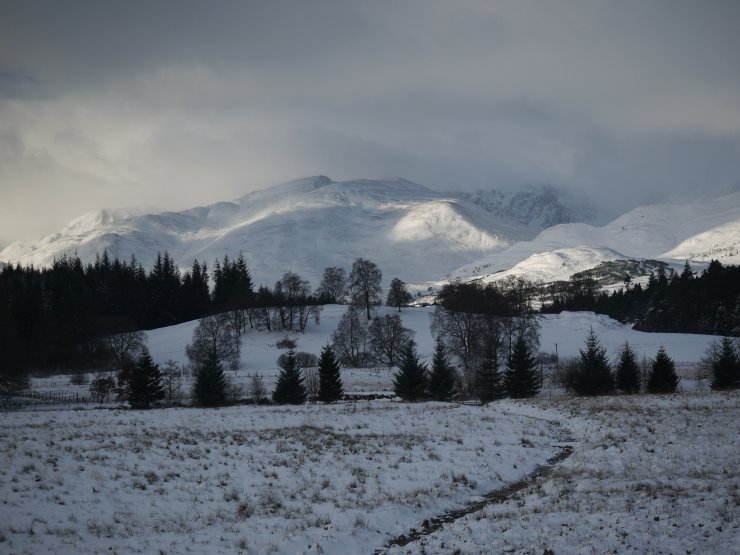 (Above) This was the coverage on Saturday 14th Jan. 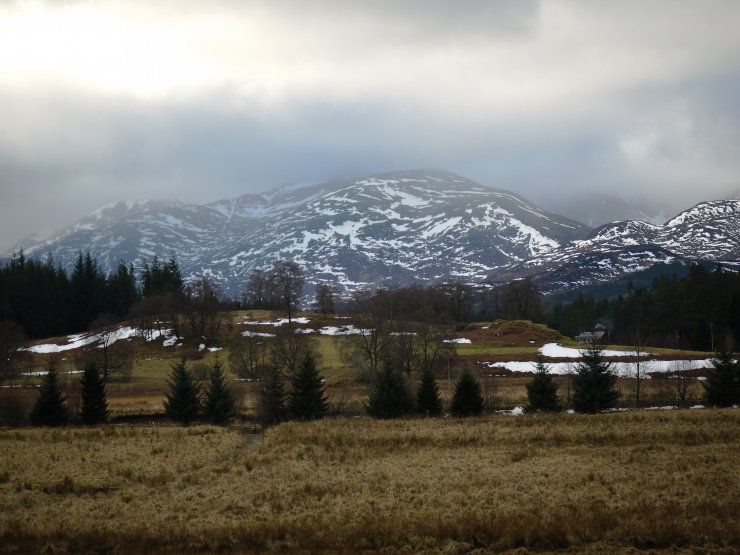 (Above) Same view today 18th Jan. Not great but I think Creag Meagaidh has fared a little better retaining its snow cover than most of the other 5 SAIS areas? 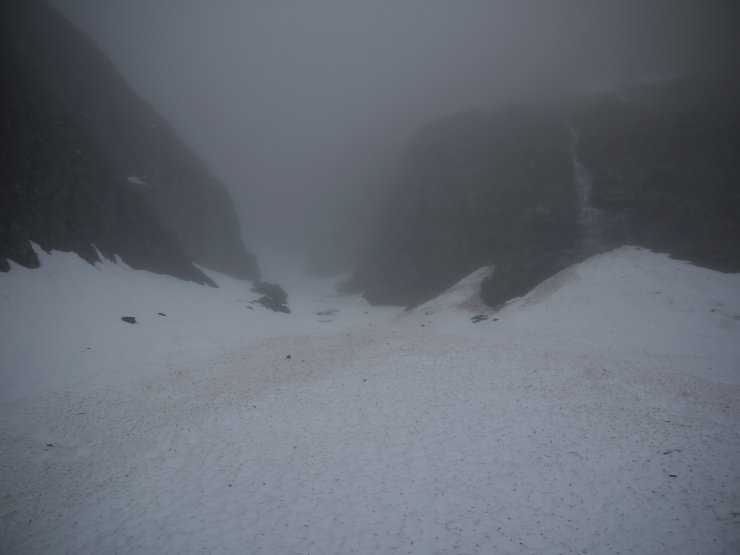 (Above)Â The base of Easy Gully, the Post Face in Coire Ardair yesterday, 17th Jan. The burn has just broken through the snow where the gully begins to narrow but, given the sustained thaw, the overall cover is holding up pretty well here above about 750m. Other gullies are narrower though. The photo was taken from atop of a pile of avalanche debris. To the right, a waterfall descending Centre Post. 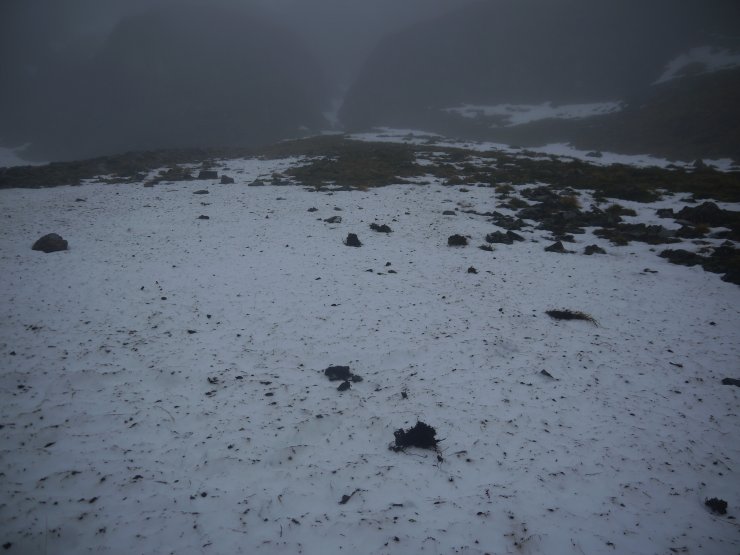 (Above) More avalanche debris below the start of Staghorn Gully with evidence of entrained debris. 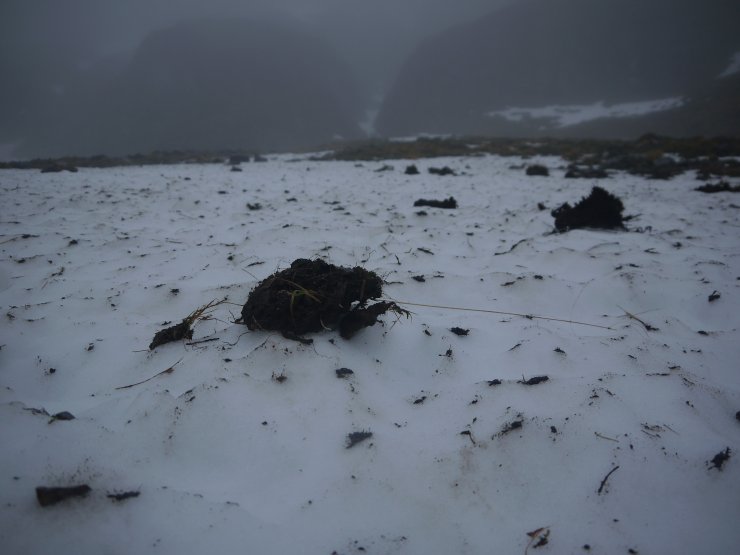 (Above) Clumps of soil entrained in the Staghorn avalanche debris as well.

Visibility was very poor on Tuesday. 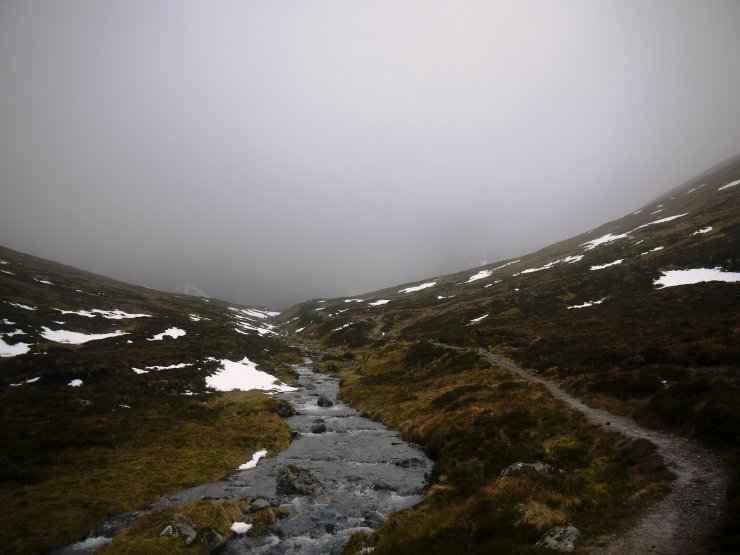 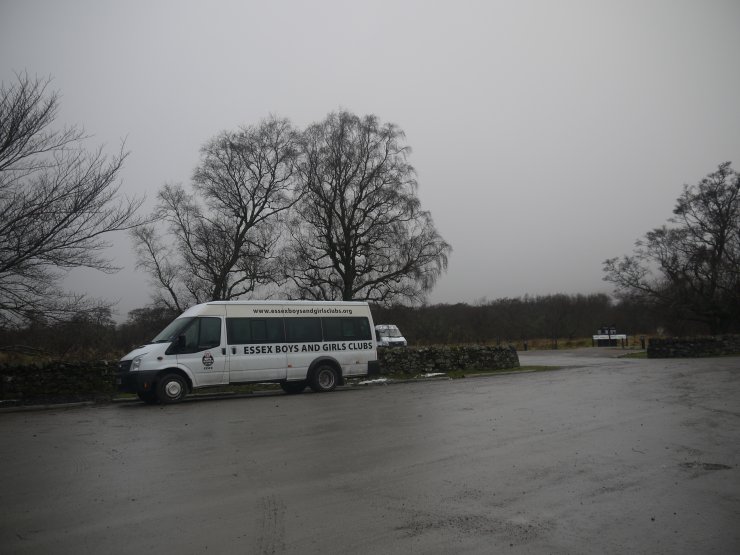 (Above) The car park yesterday, with Sron a Ghoire obliterated by mist. 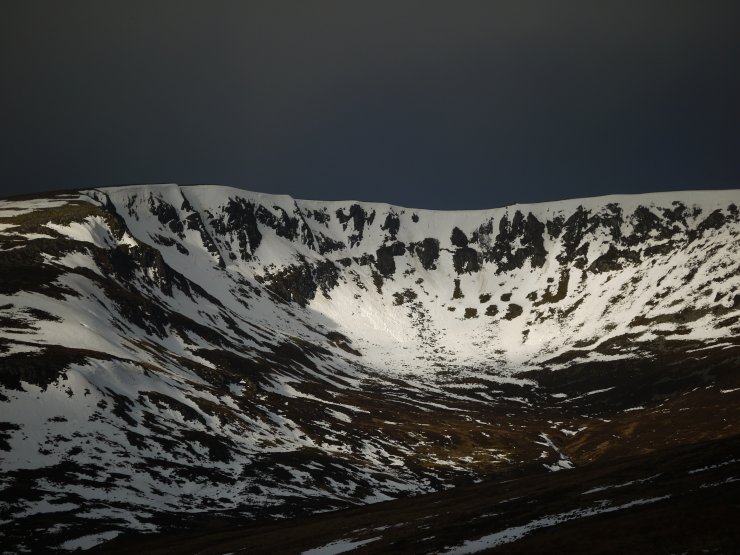 (Above) Much clearer today with vastly better visibility. This is Coire Dubh with recent cornice debris in the centre of the shot. Any aspect with East on it (NE, E, SE) has much more old snow cover than elsewhere. 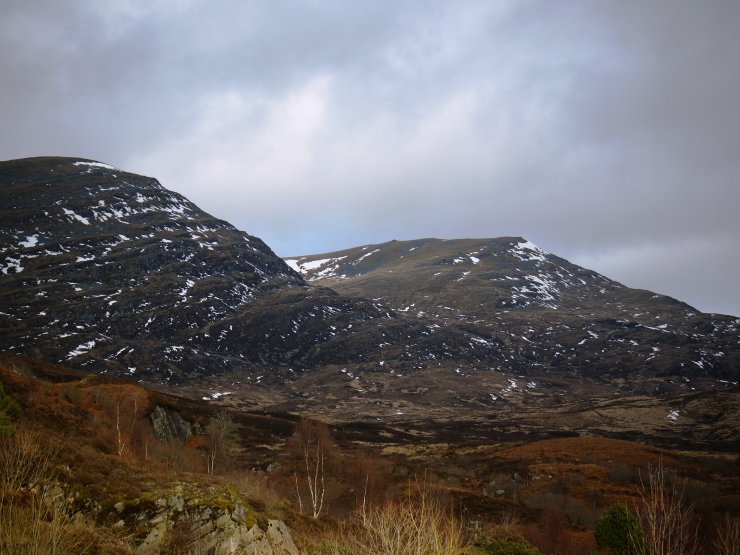 (Above) An Cearcallach 993m (left) and Meall Coire Choile Rais 1028m (right) demonstrating how stripped windward slopes have become since the last snowfall.