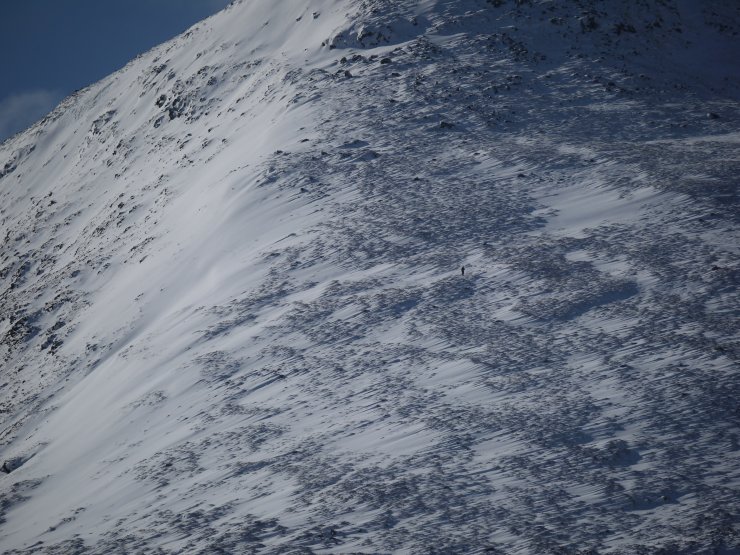 (Above) Lone winter hillwalker working his way up through shallower snow in the heather on the broad, scoured NE ridge of Sron a Ghoire. There’d been a fair amount of drifting overnight but the winds fell light for the morning. 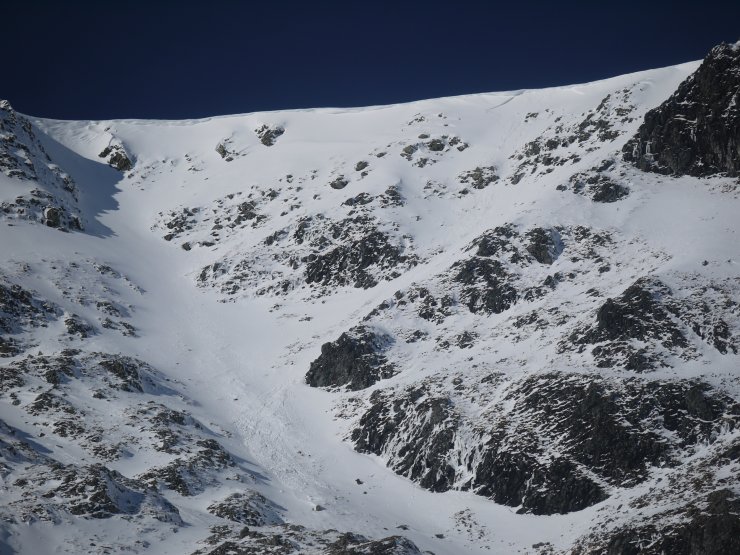 (Above) Coire Chrochairein, an ESE aspect at 1000m. There were several avalanches in our area overnight, most cornice triggered. Crownwall visible towards the right hand end of the skyline – this too was cornice triggered. 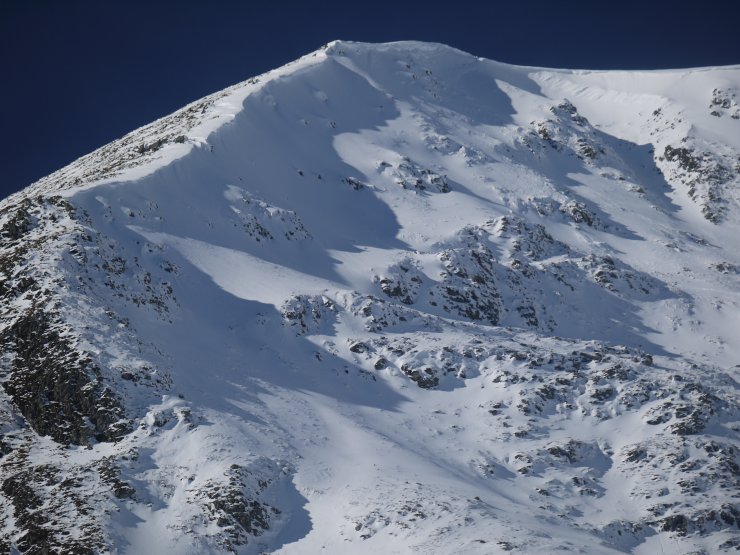 (Above) Cornices remain a concern, as seen here in Coire Chriochairein. Most affected locations are the tops of very steep N to SE-facing lee slopes. 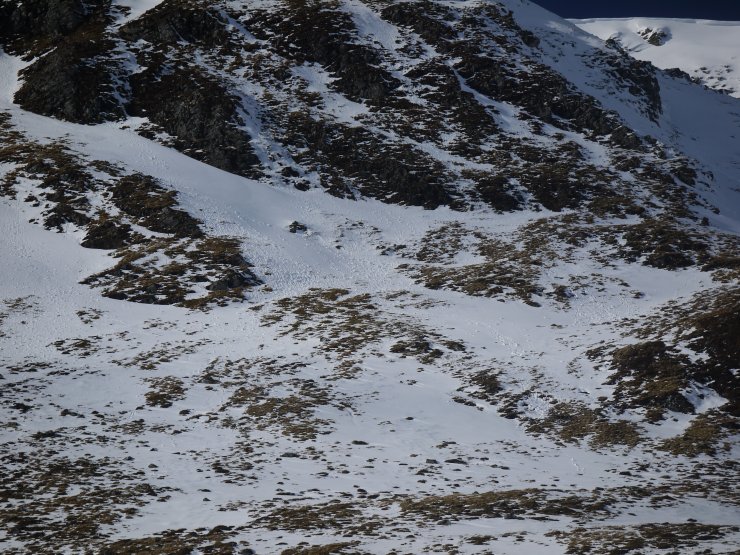 (Above) A South aspect in Coire Ardair with some sun-initiated rollerballs in the centre of shot. A fair amount of surface loose snow activity by the end of the afternoon but only below about 800m. Quite warm in the sun. Beinn a Chaorainn also had a fair number of single point surface releases in a large broad coire on one of its SE aspects. Huge contrast in the qualities of the snow according to aspect and altitude today. 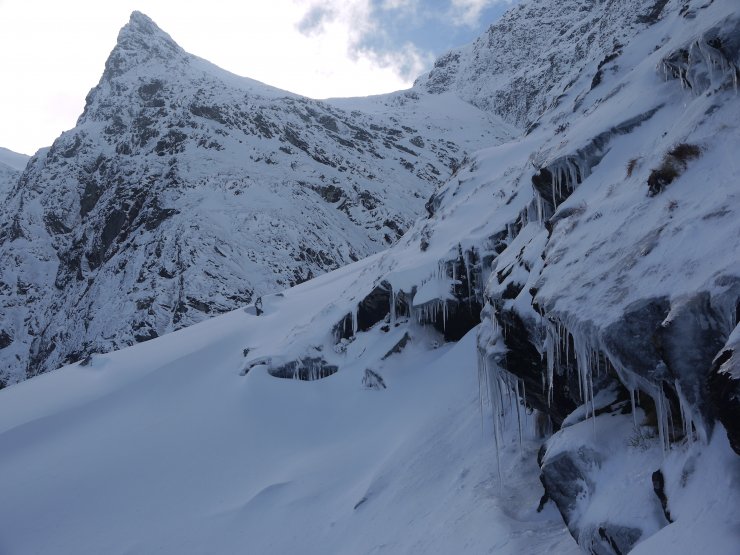 (Above) In the frozen embrace of the shade. Approaching the pit site at the bottom of Staghorn Gully on the Post Face of Coire Ardair. Cold, dry snow in all shaded areas. Air temperature here was 0 degrees C. at 1300hrs and the snow surface temperature -5.4 degrees C. The snowpack surface layers were losing heat directly to the clear sky through long wave radiation. Pinnacle Buttress and the top of Easy Gully at the top of the photo. 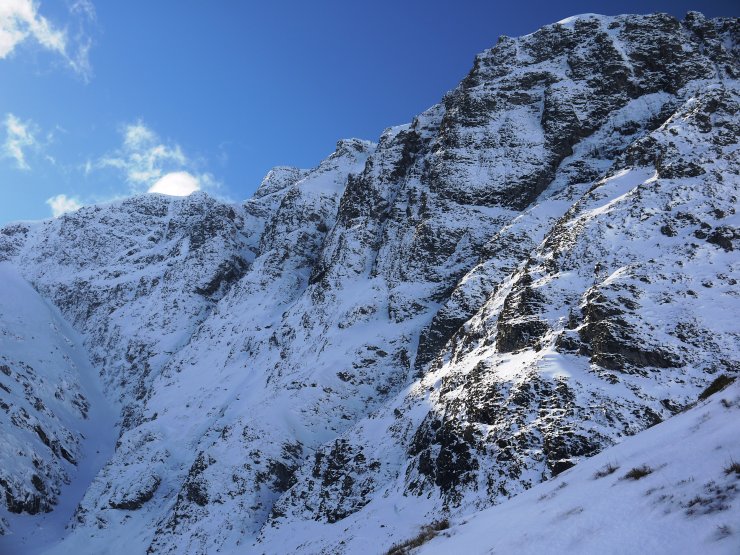 (Above) Looking up to the Post Face with opening ramps of Staghorn Gully just sunlit. Easy Gully on the far left. Instability expected to be maintained in all areas that have experienced sustained cold temperatures, this will include some of the shaded areas of the Post Face. New marginally stabilised wind-drifted snow expected on any steep aspect with West on it (ie. SW to NW) tomorrow. 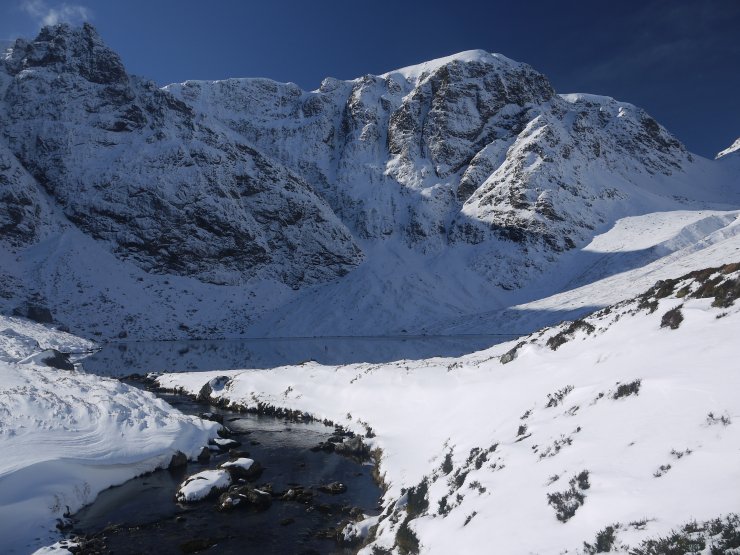 (Above) The jewel in the crown.