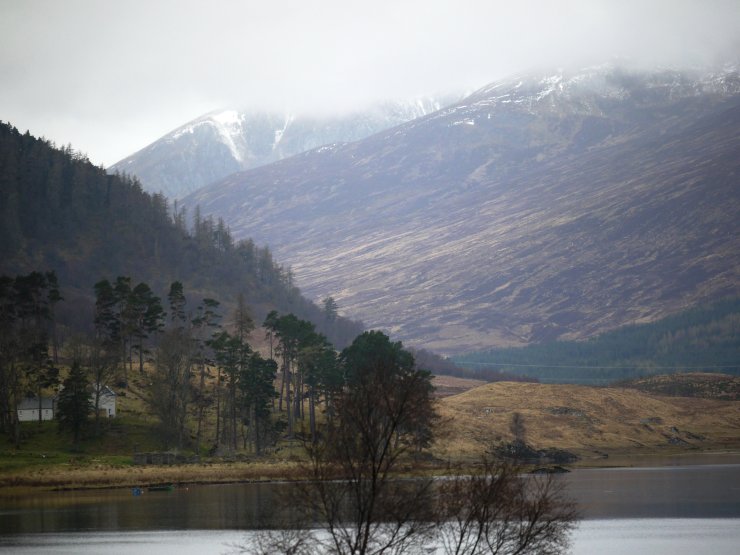 (Above) The Upper Spey: Looking across Sherrabeg towards lower Coire Dubh and Coire nan Gall. Cloudy above 900m at first but the cloudbase lifted to well above summits later. A trace of thin fresh snow above 900m at the eastern end of our patch. 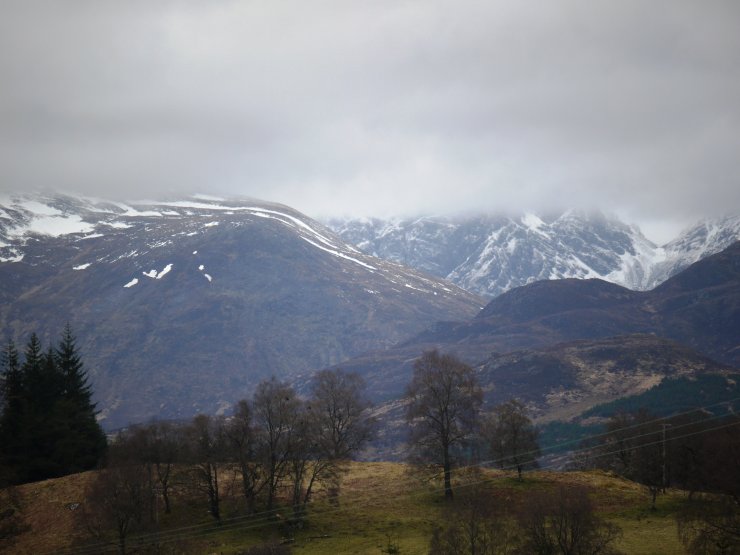 (Above) L to R: Sron a Ghoire, the Post Face of Coire Ardair and The Window. 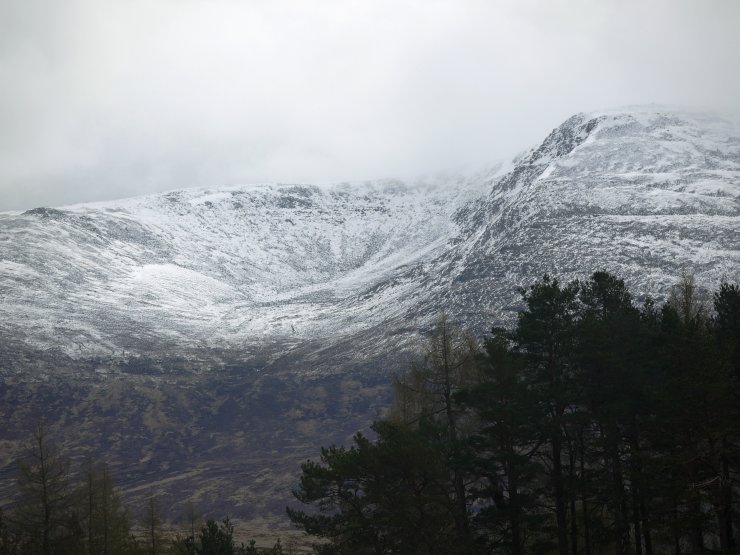 (Above) A little more snow on the hills further South. Beinn a Chlachair 1087m with a very thin cover of snow down to 700m. 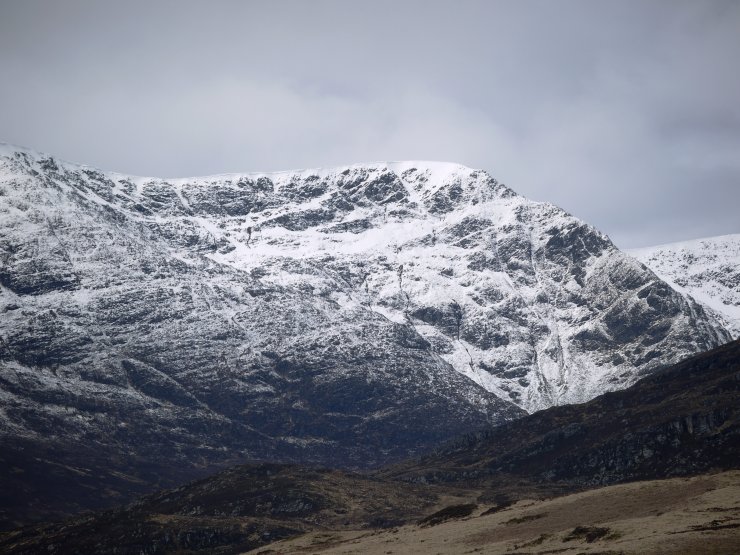 (Above) Beinn a Chaorainn Â – East Ridge. Superficial cover of new snow. Brighten up from the west later. 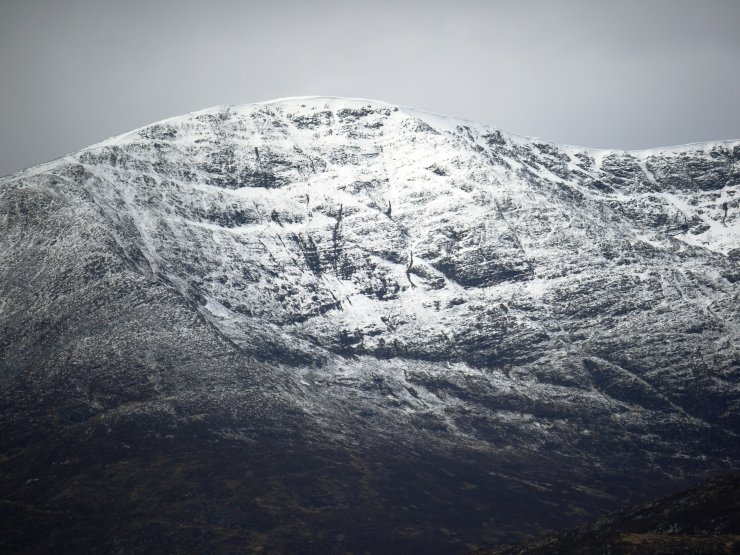