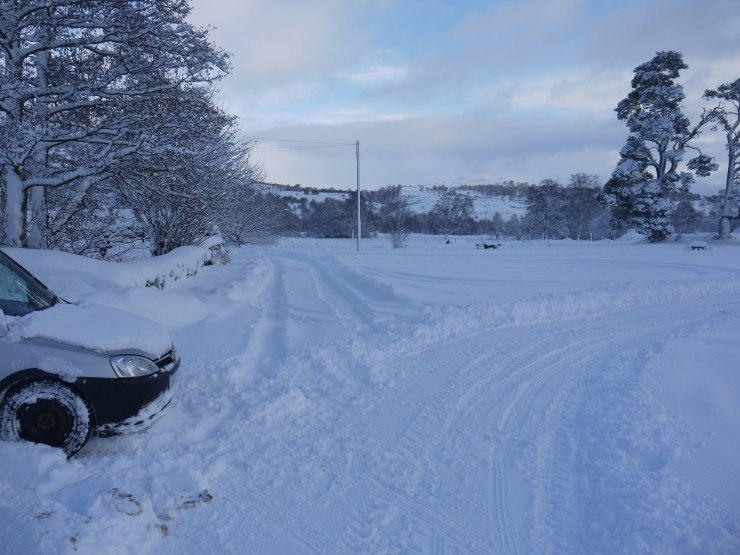 (Above) #wrong-tool-for-the-job. Struggled to get my vehicle up to Aberarder Farmhouse…again today. Luckily was rescued by the SNH guys ploughing the track and just managed to slither the car in a somewhat maladroit way up to the SNH parking area. 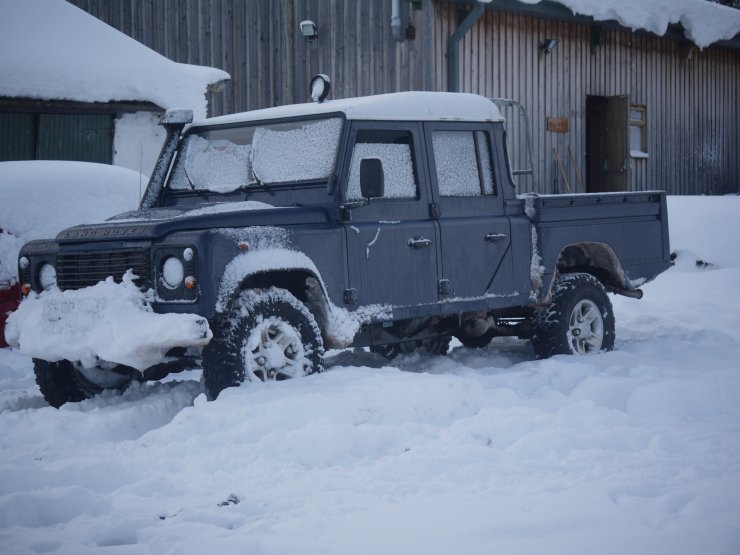 There’s a good 30cm of undrifted snow right by the A86 roadside at the moment and this is likely to be topped up a little overnight. 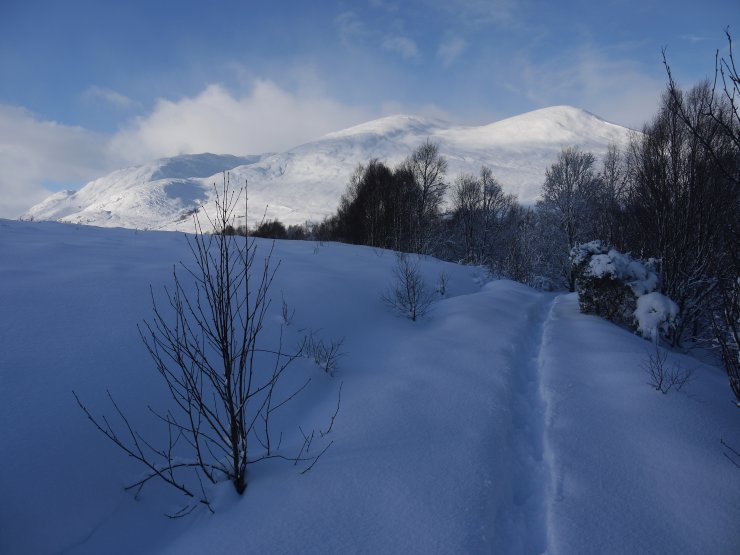 (Above) Trail-breaking on foot,skis or snow shoes will be the order of the day tomorrow right from the car park. ‘The Man Who Must Not Be Named’ put in ski tracks part way up the main Coire Ardair path yesterday so rubbed my hands in anticipation of an easy cruise into the coire (yesterday’s ‘slough of despond’). 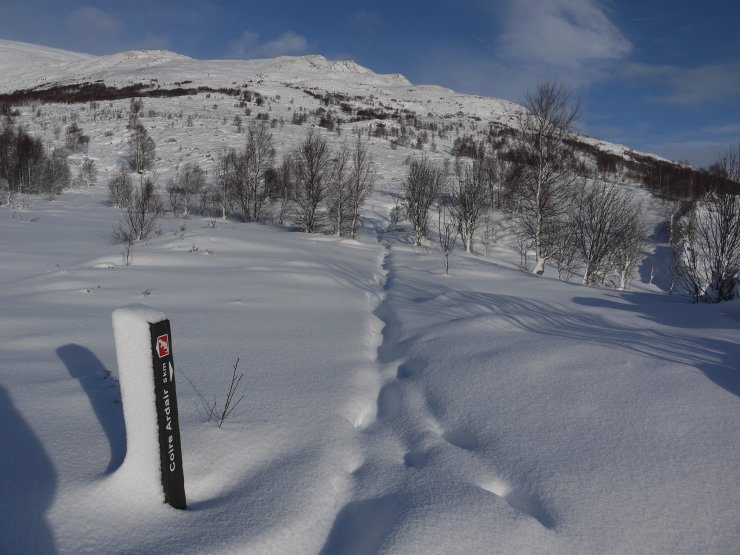 (Above) Easy cruise? Wrong!Â  5km to the lochan. 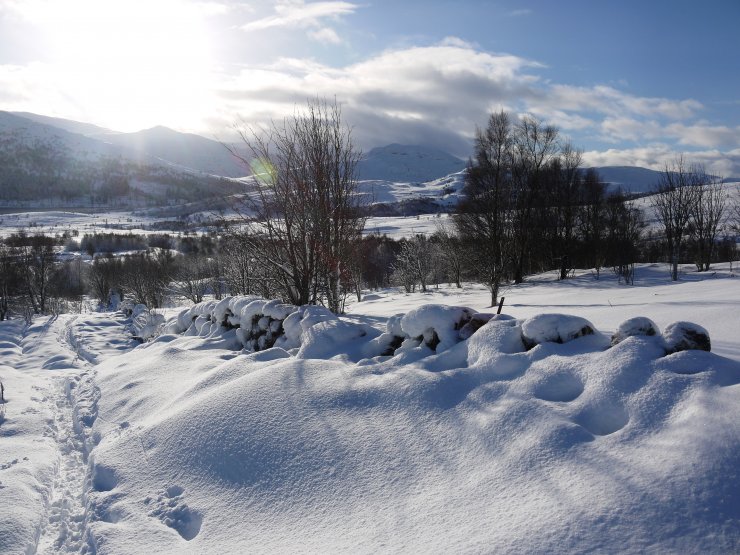 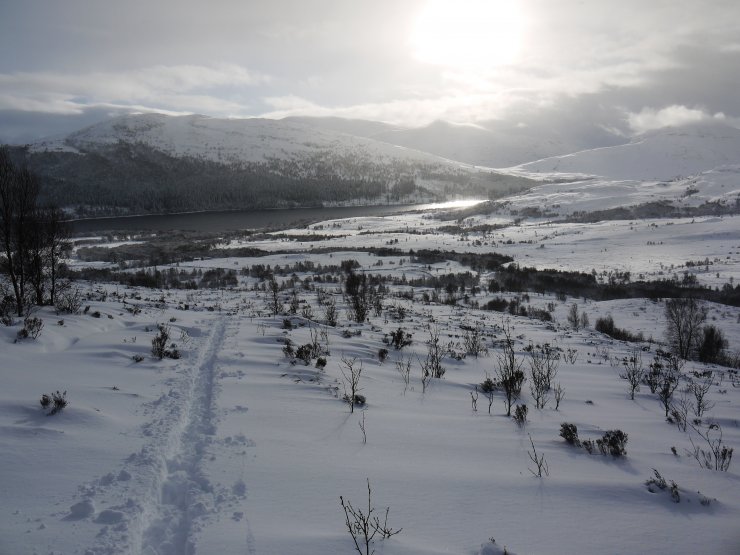 (Above) Actually finding the course of the path was a bit of a mission at times. 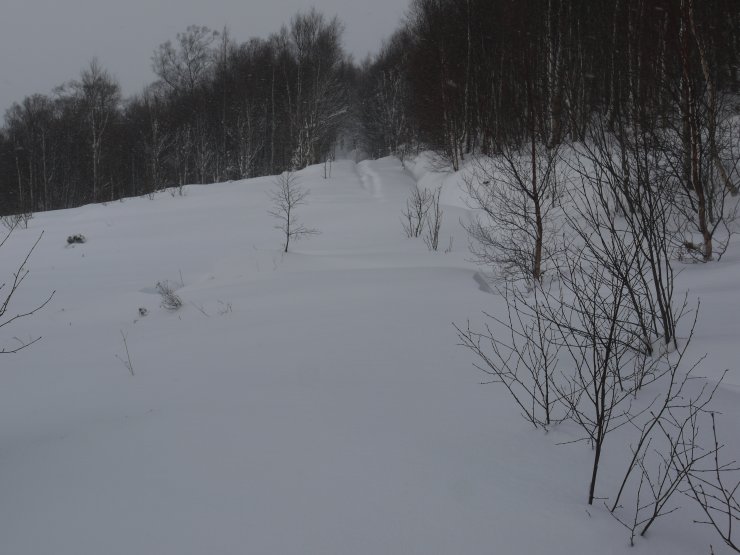 (Above) Not even out of the woods yet.Â Most of his tracks had drifted over and in places totally disappeared. Was still game to see how far I could get. Measured snow depths of 60cm in places further along (undrifted snow). Hard yakka breaking trail…on skis…on the course of the path… so foot-soldiering has little to recommend it just now. ‘Off piste’ trail-breaking in the deep stuff only for the unsound of mind. Access via scoured areas a more sensible option. 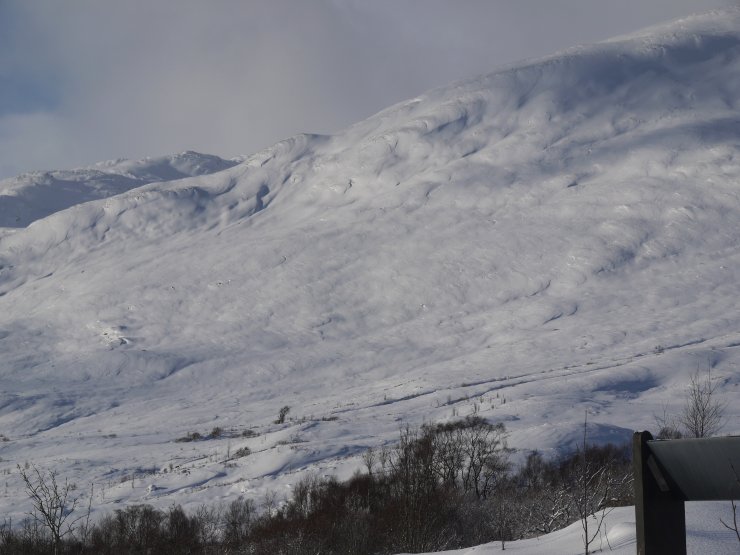 (Above) SE shoulder of Sron a Ghoire. Pillows of windslab on high steep lee slopes and more extensive at higher altitudes. The minor col on the near skyline is at about 650m. 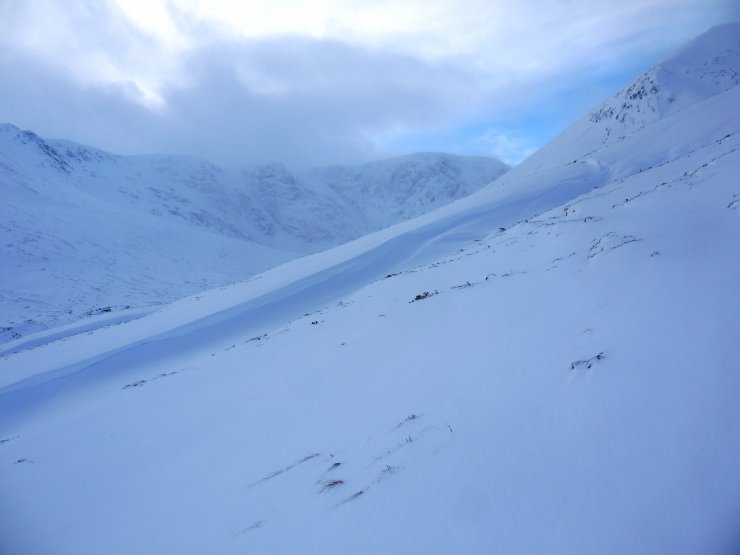 (Above) 3/5ths of the way up the coire.Â  Resistible force meets (what felt like)Â immovable, deep substance. Was not quite headbutted into submission by it, but close!

A sizeable cornice line runs at right angles to the main Coire Ardair path at it’s highest point (see above). Tricky wee obstacle. Bring a shovel (not really jesting). The higher parts of the path are more wind-exposed which means less depth but bigger drifts in lee areas and near micro features. 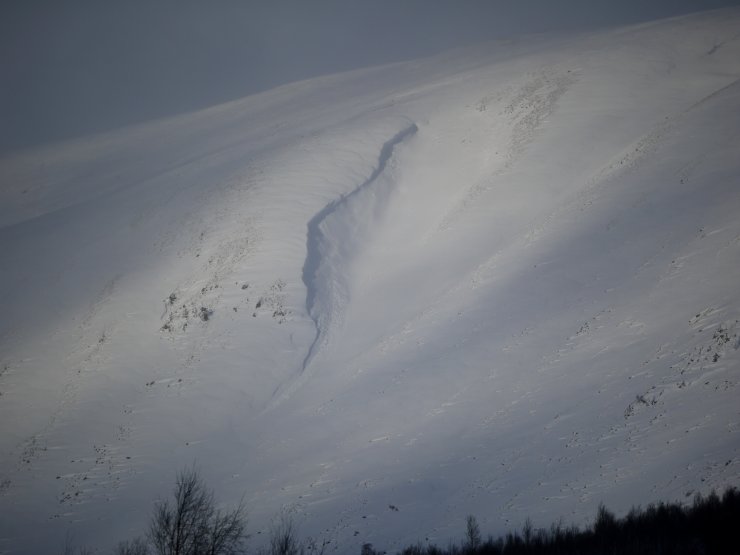 (Above) Balloon Gully in Coire Ardair. Top of this distinctive re-entrant is at about 850m, and 670m at the bottom end. The left side is an East to ESE aspect. It’s much steeper than it looks in the photo, too. Now well banked out and quite corniced with some recent cornice debris running out of it – just visible. Large weak cornices a feature of our area at the moment.