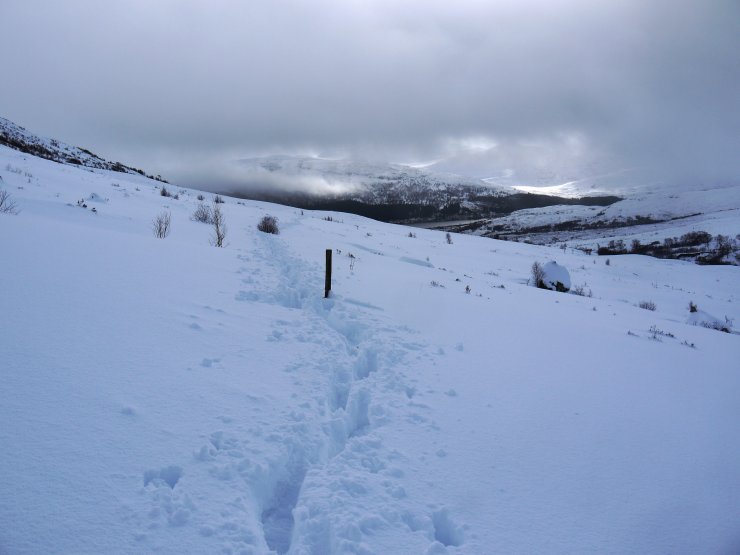 (Above) Deep snow in the vicinity of the path in Coire Ardair at 400m today. Actually, I never managed to find the course of the path. Snow is very deep in all low lying lee areas and hollows. Access best by skis or snowshoes. Foot soldiering anywhere where there isn’t broken trail will be strenuous and exhausting. Managed to get to 700m. Yay! Choose routes up scoured areas otherwise you’re in for a comprehensive and unrelenting beasting. 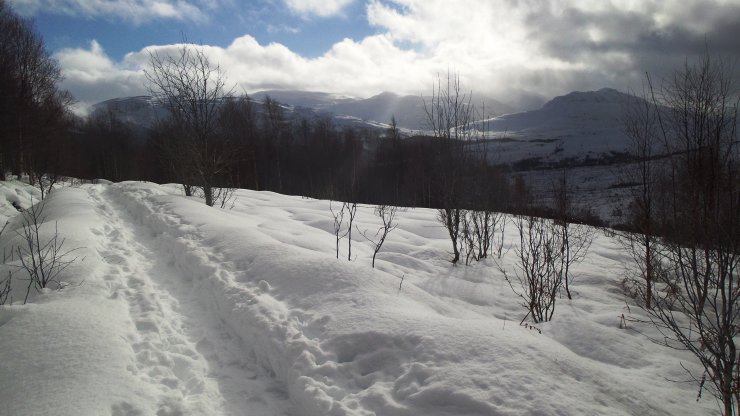 (Above) Don’t be fooled by the trench. Were a small number of half term ‘snow tourists’ beating a path to the end of the juvenile birch, but no further. Very wise given the conditions! Sun appeared intermittently in the afternoon after a morning of flat light. Drifting continued all day above 800m in and out of showers. 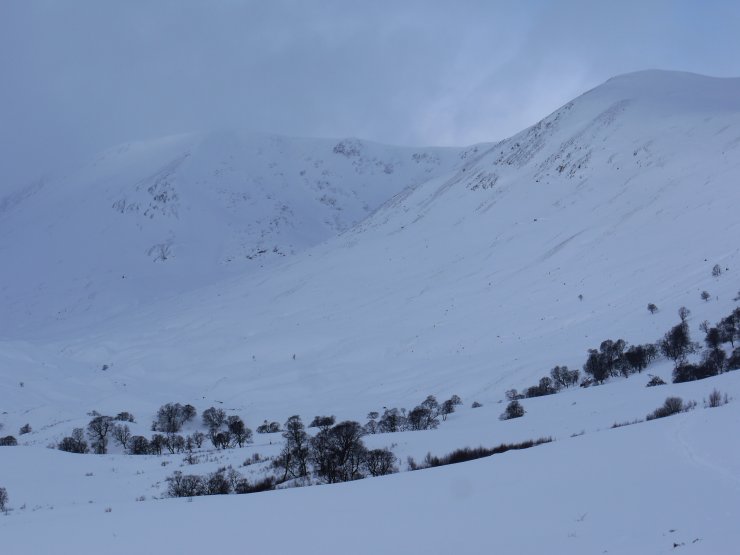 (Above) More representative impression of light and overhead conditions today in Coire Ardair. No broken trail beyond the old birch trees as of 1.30pm Friday. Most snow below 600m showing early signs of consolidation. Stability still poor on steep lee slopes at higher altitudes, with no improvement anticipated on Saturday. 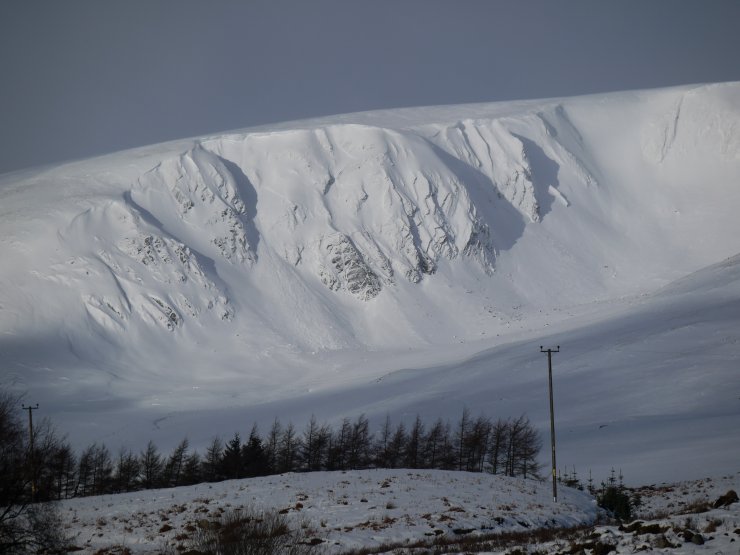 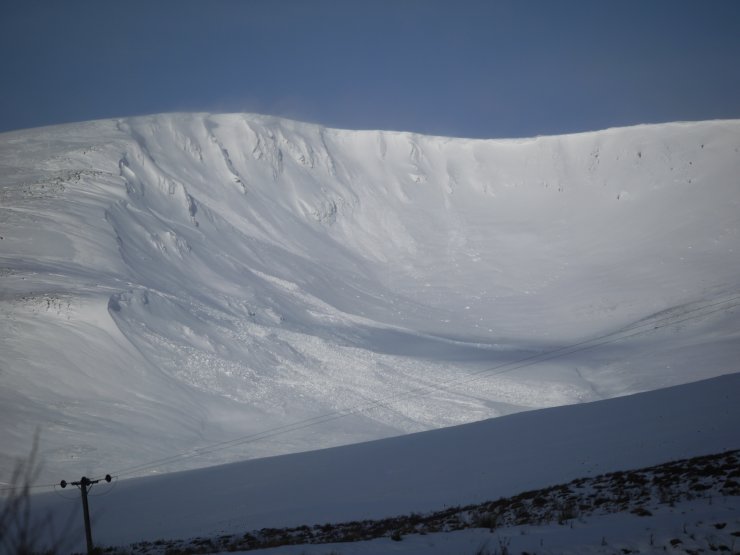 (Above) Coire Dubh. More avalanche activity on East aspects here. Two events. The debris nearer the camera is at around 750m with quite a wide crownwall – extent of it not clearly visible in the photo but more obvious through binos.

Re. ‘snow tourists’ – visitors, often families with children & pets, who’ve come for a look at the snow and don’t venture too far from the car park. Plenty of snow to look at, too.