(Above) OK, there’s some hyperbole in that ‘announcement’ above but the skiing was good today and in a place I always considered to be an undiscovered gem for ‘earning your turns’ and sliding down the hill. Only when the weather and snow conspire to allow it though. I wish it was always like this but sadly it’s not. However, if you get the timing right you can have a fun morning or afternoon carving out linked low angle cruisey turns. 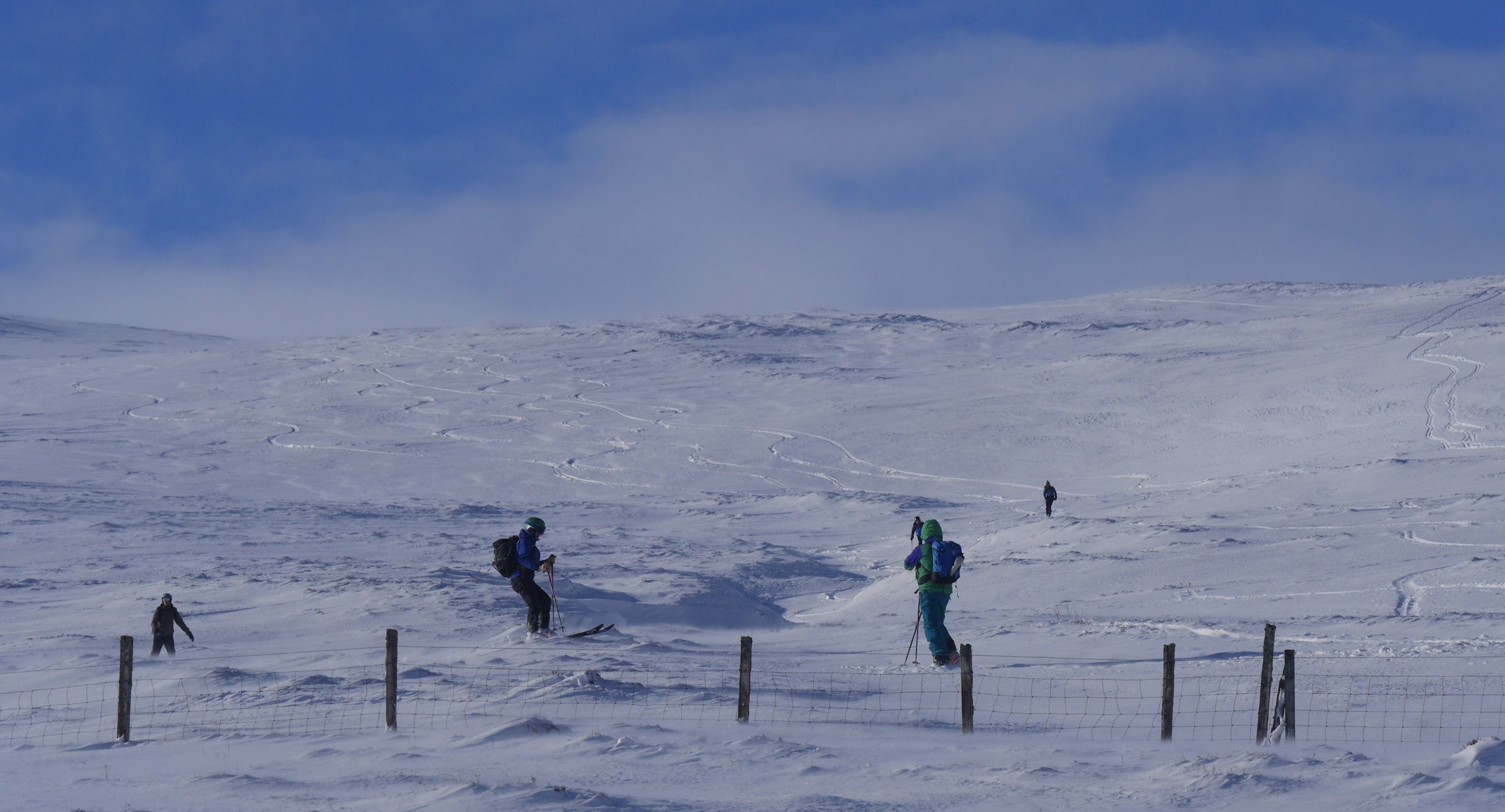 (Above) I think this slope counts as ‘tracked out’ at Creag Meagaidh. ‘Uplift’ is over there on the far right! The fence line is at exactly 500m. This group did laps here for most of the morning and early afternoon.

(Above) It’s no longer a secret so fill yer boots, folks!Â  The lozenge marks the spot. Pretty wind scoured above about 700m today so you have in total about 200m of vertical over about 1km. Note the (*) on the map: this was the site of several small dry slab avalanches today. Same aspect at the ‘ski area’ but much steeper where the avalanches released. The skiers in the lozenge whooped it up in perfect safety today on new wind drifted snow but at a much shallower angle than in Coire Dubh. The inclination (angle) of a slope is key to whether an avalanche will release on it. Interestingly, there were some very small recent slab releases on very steep minor terrain features immediately East of the lozenge, which all the skiers avoided. 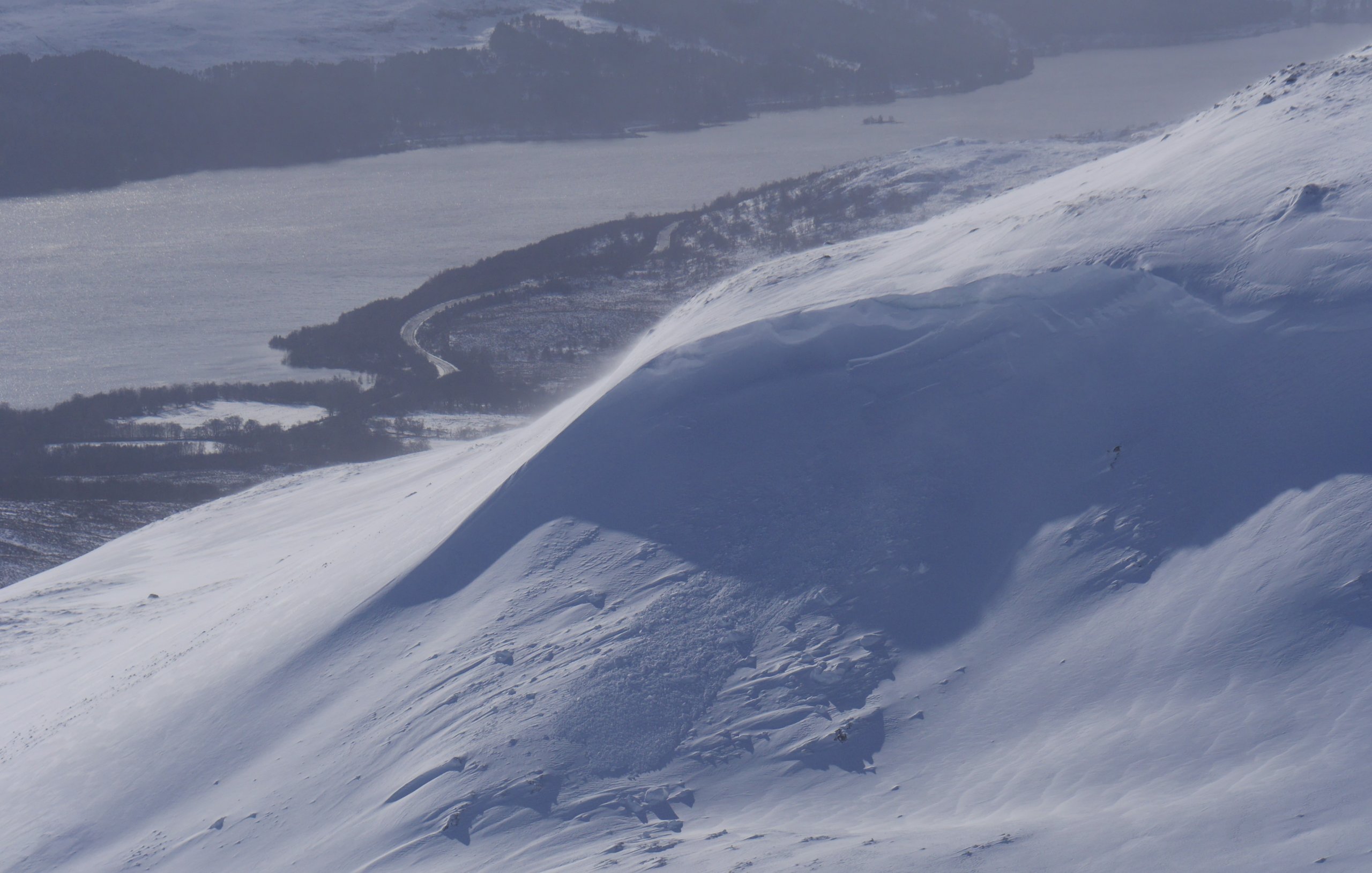 (Above) Just one of the dry slab avalanches in Coire Dubh today. This one was cornice triggered at a little over 700m on an East aspect. Note the inclination; really quite steep here. The A86 and Loch Laggan in the background. 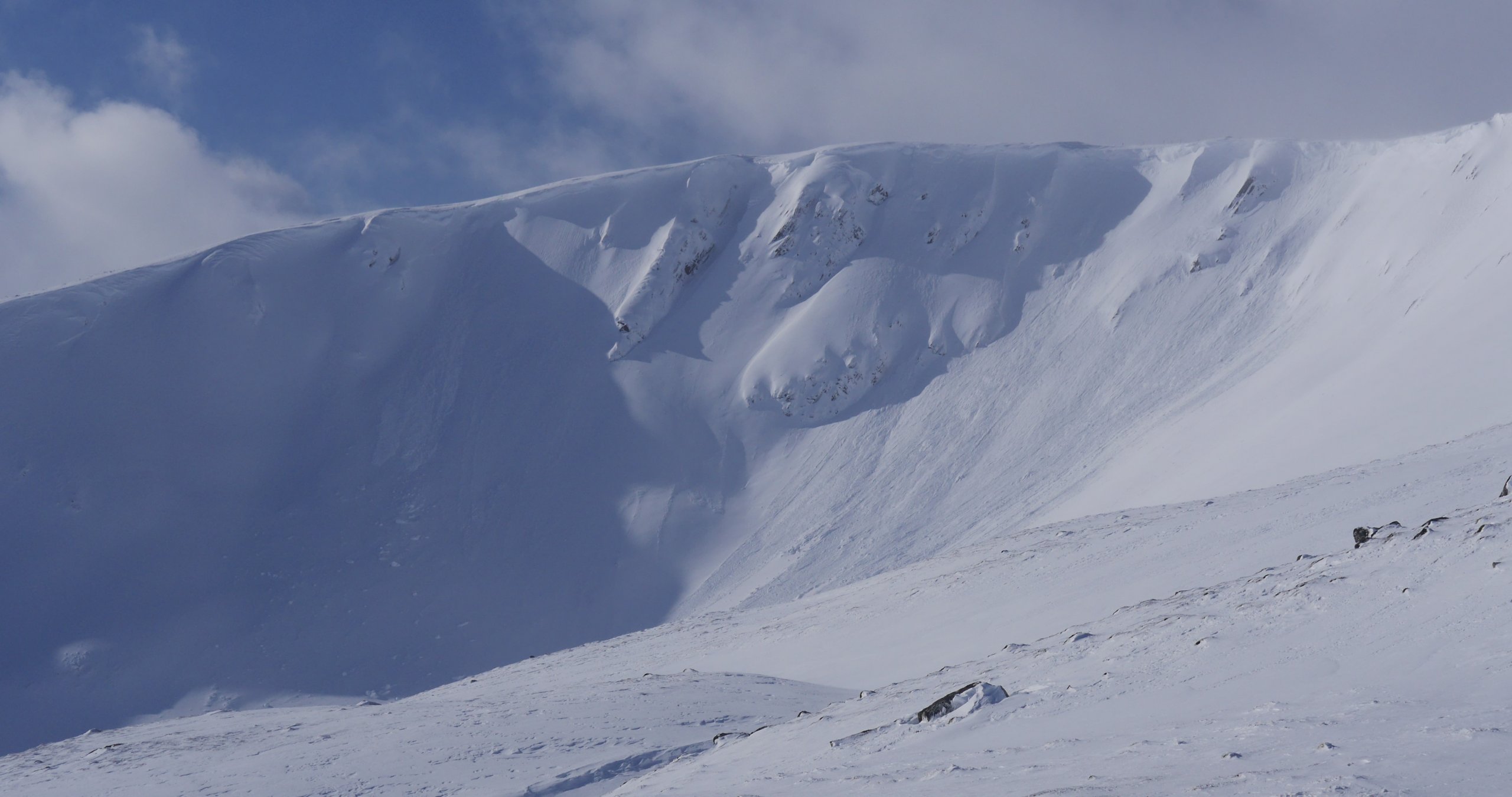 (Above) The top end of Coire Dubh. The highest point on the skyline is 916m. Evidence of more small cornice triggered avalanche events here. There’s a crownwall somewhere there but it’s not well defined in the photo and all but disappeared whilst I was there due to the constant accumulation of drifted snow. 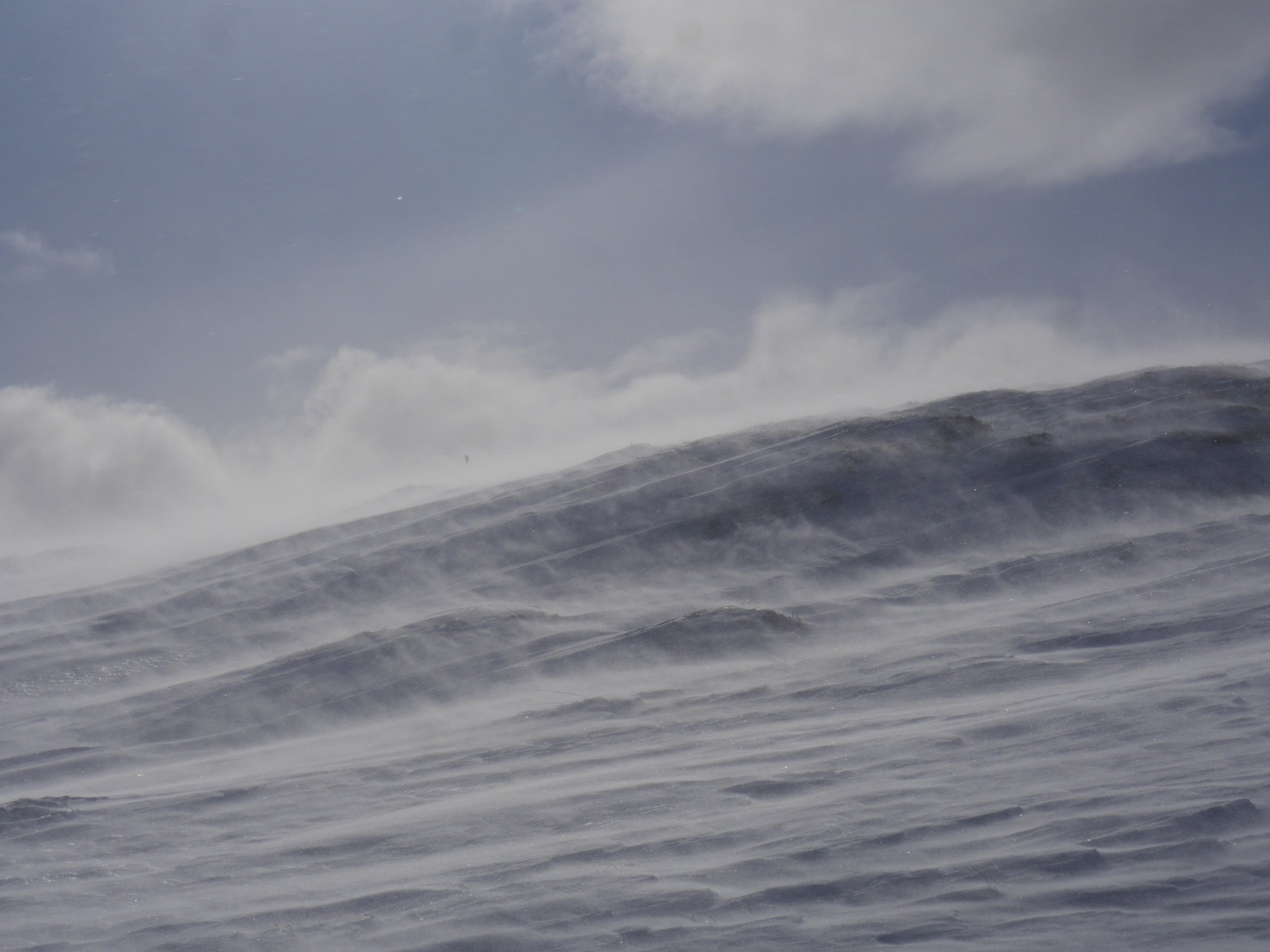 (Above) No surprise we had avalanche activity today. Not much snowfall but constant drifting right through the morning and early part of the afternoon. Heavy scouring, of course, at higher altitudes on windward slopes. 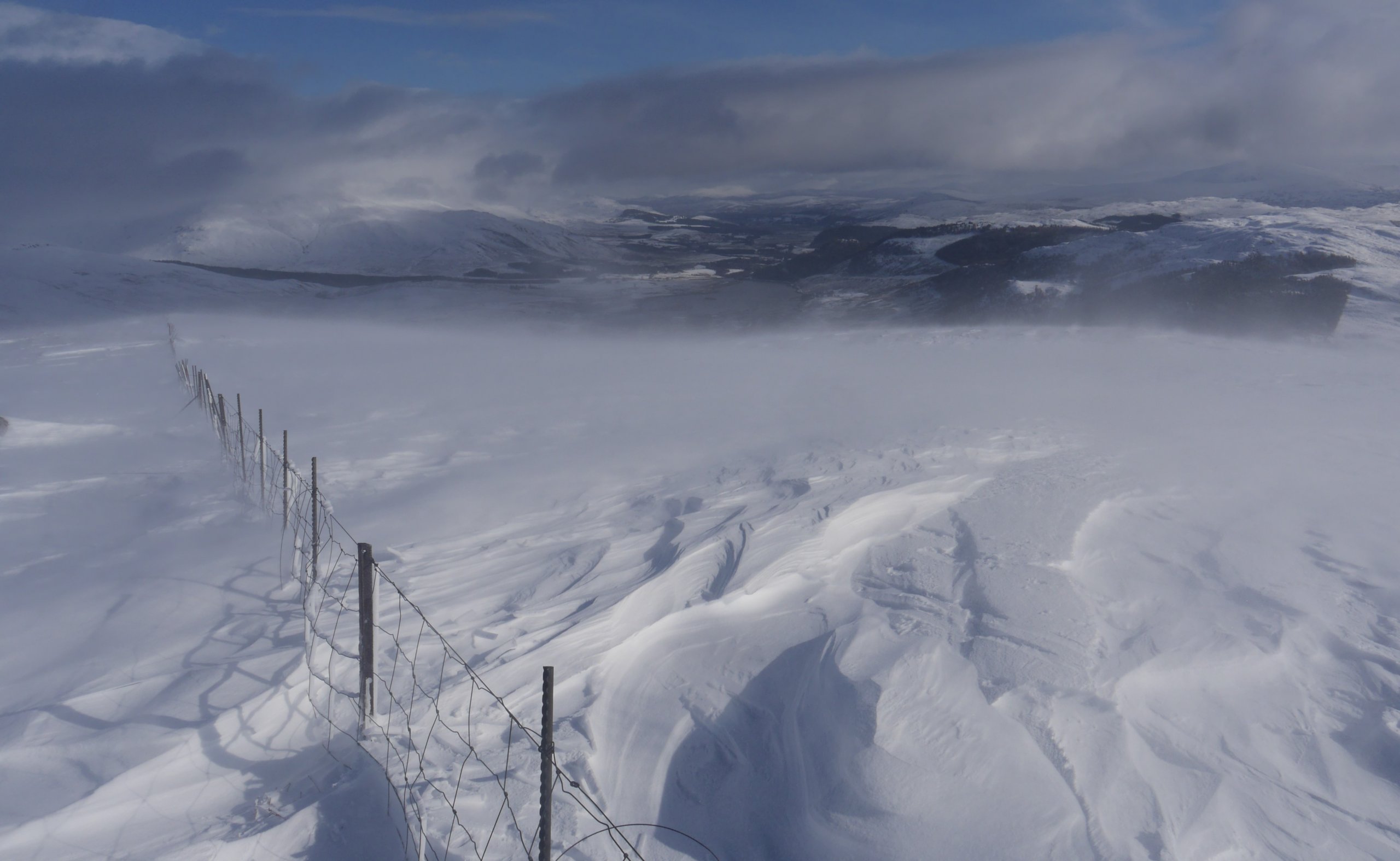 (Above) Looking East towards Strathspey. Developing sastrugi features close to the crest of the broad shoulder running up to Carn Dubh. The fence line is an awesomesauce ‘handrail’ when navigating hereabouts in bad weather!

(Above) The big picture and context. The site of avalanche activity in Coire Dubh today – arrowed. Today’s ‘ski area’ is over on the right just to the left of the narrow gorge feature. 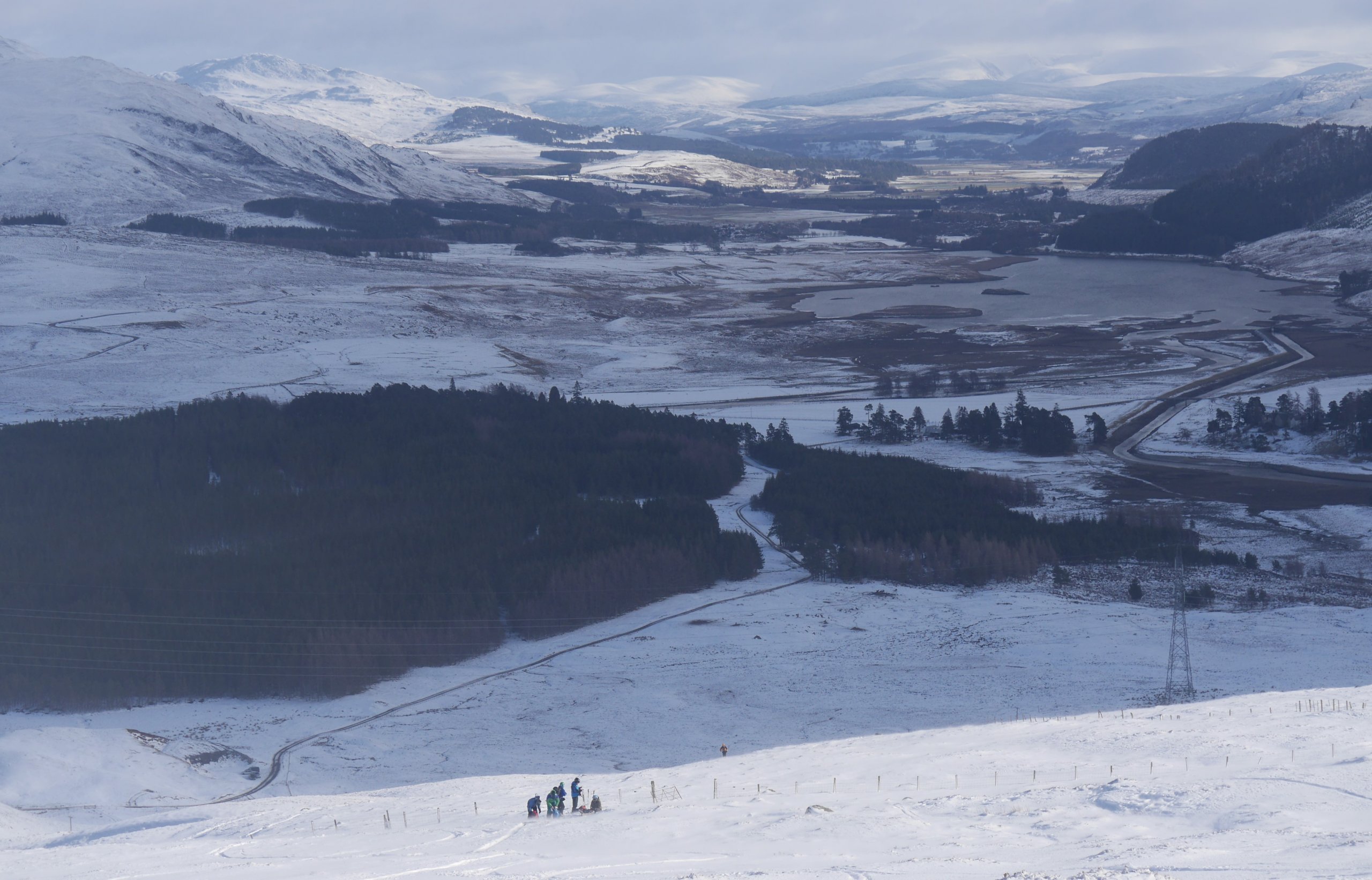 (Above) The view east towards Spey Dam with the Glen Feshie hills in the far distance. (Late arrival approaching hoping to hustle an afternoon half day ticket at 10am. Chancer!) 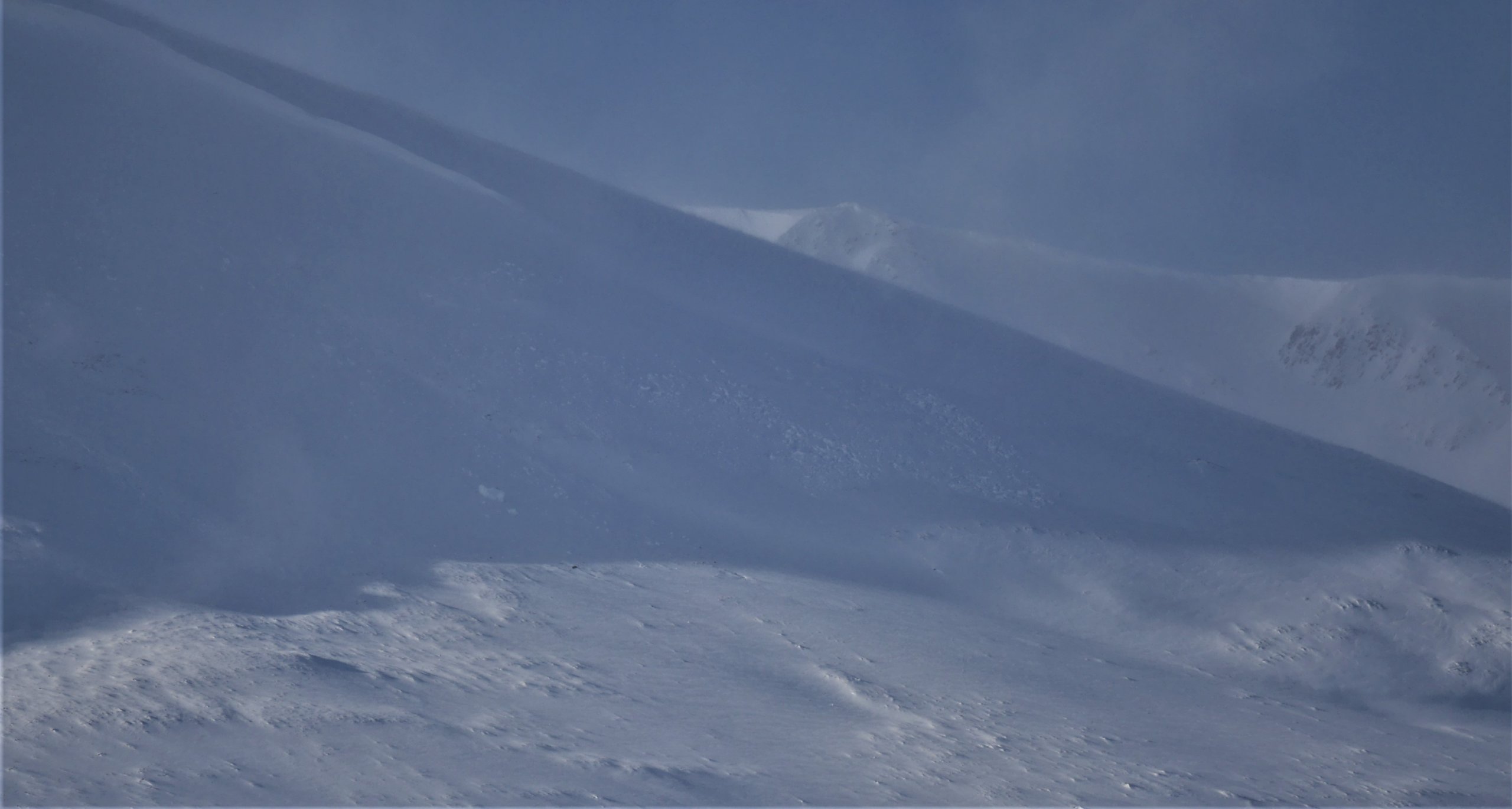 (Above) And finally. Evidence of a cornice triggered dry slab avalanche on the NE shoulder of Sron a Ghoire, again quite low at 700m and also on an East aspect.

No let up in the wintry weather overnight and on Thursday. Same old, same old, I’m afraid. Play safe, people.