Yay! The glass is (almost) full. 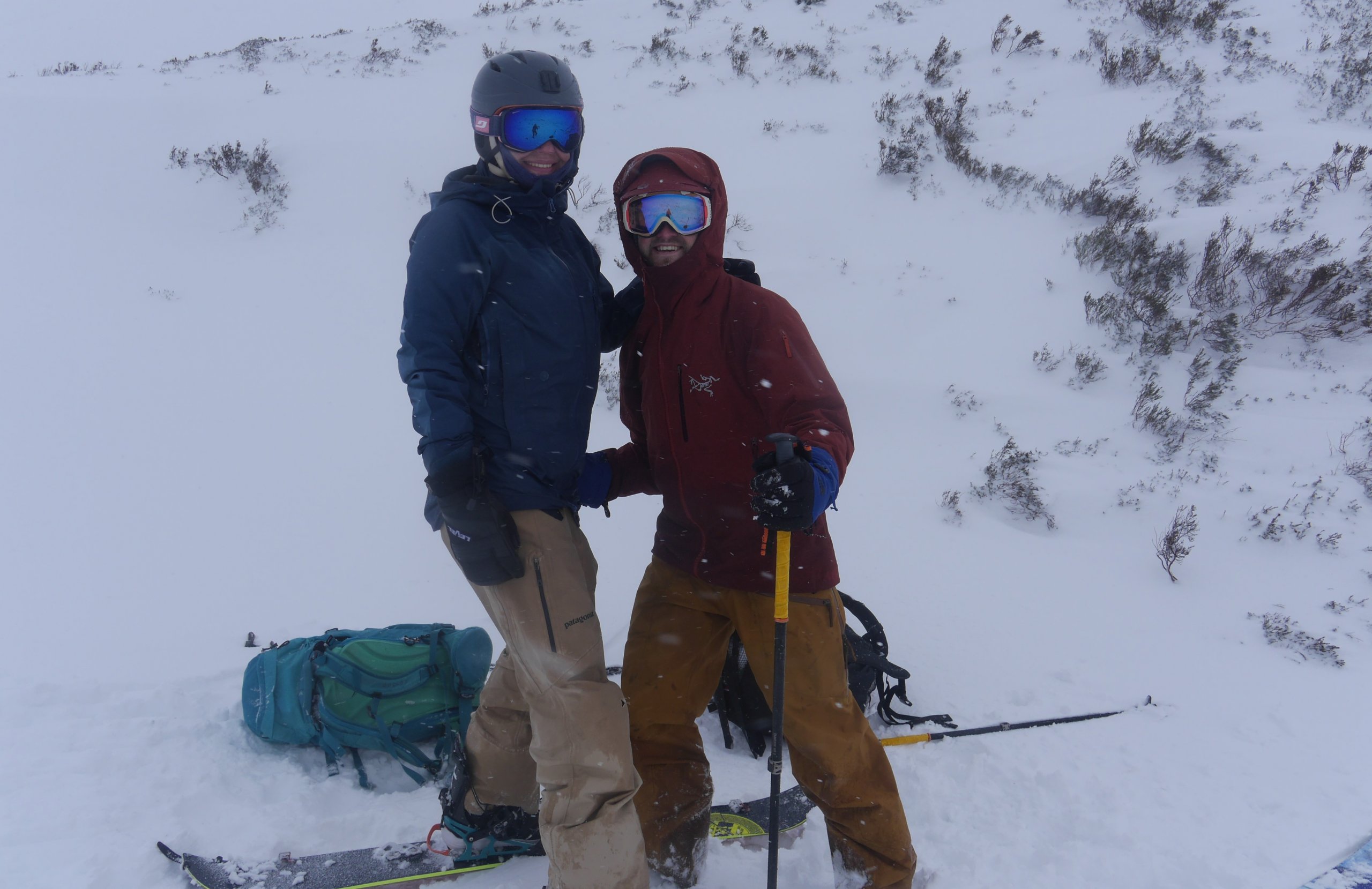 (Above) Kit & Magda, from yesterday’s blog posting, in celebratory mode after their night out in upper Coire Ardair. I must admit I was a little concerned for them yesterday and was relieved to come across them on main path this morning after their night out in one of the howffs near the rescue box. They said erecting their tent yesterday afternoon was a non-starter due to strong and gusty winds near the loch so bailed out to the relative quiet and shelter of the space beneath the largest boulder in the glen. After building a snow wall to keep most of the wind and spindrift out of the howff they had a relatively comfortable night. ‘Comfortable’ isn’t quite the right word in this context, is it!

Anyway, they were in great shape but a little disappointed they hadn’t achieved any actual skiing.

In all, a good effort that, by a hardy and resourceful couple. 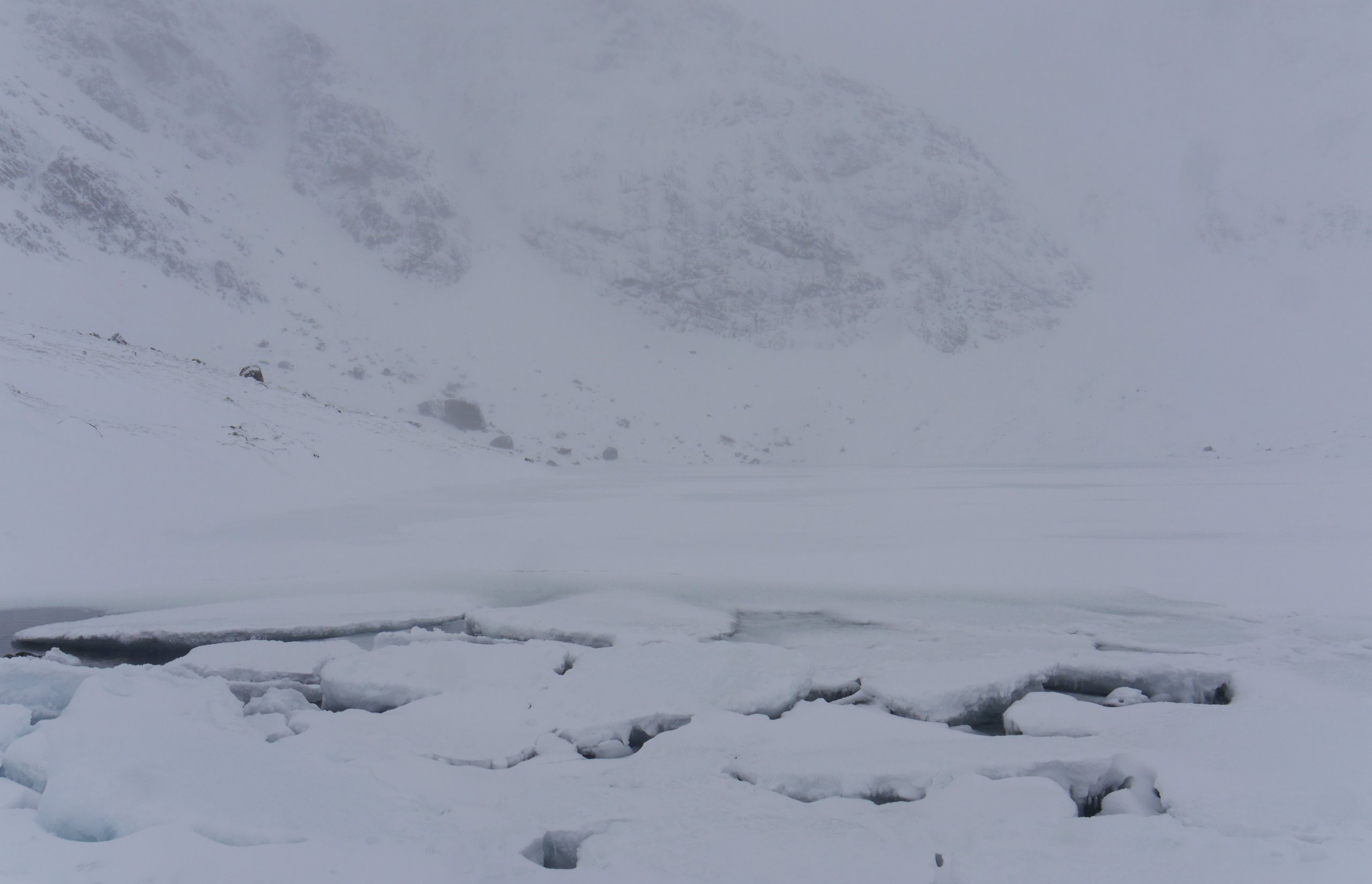 (Above) Thick ice floes on Lochan a Choire, which is beneath the crags at the end of Coire Ardair. Kit & Magda’s impromptu ‘Airbnb’ was beneath the largest boulder left of centre of shot and close to the lochan. (Editor: We should start charging people for that. Would be a lucrative side hustle.) As you can see, the light and overhead conditions were poor again for most of the morning and early afternoon with limited visibility throughout. Strong winds and constant snow showers were the order of the day. 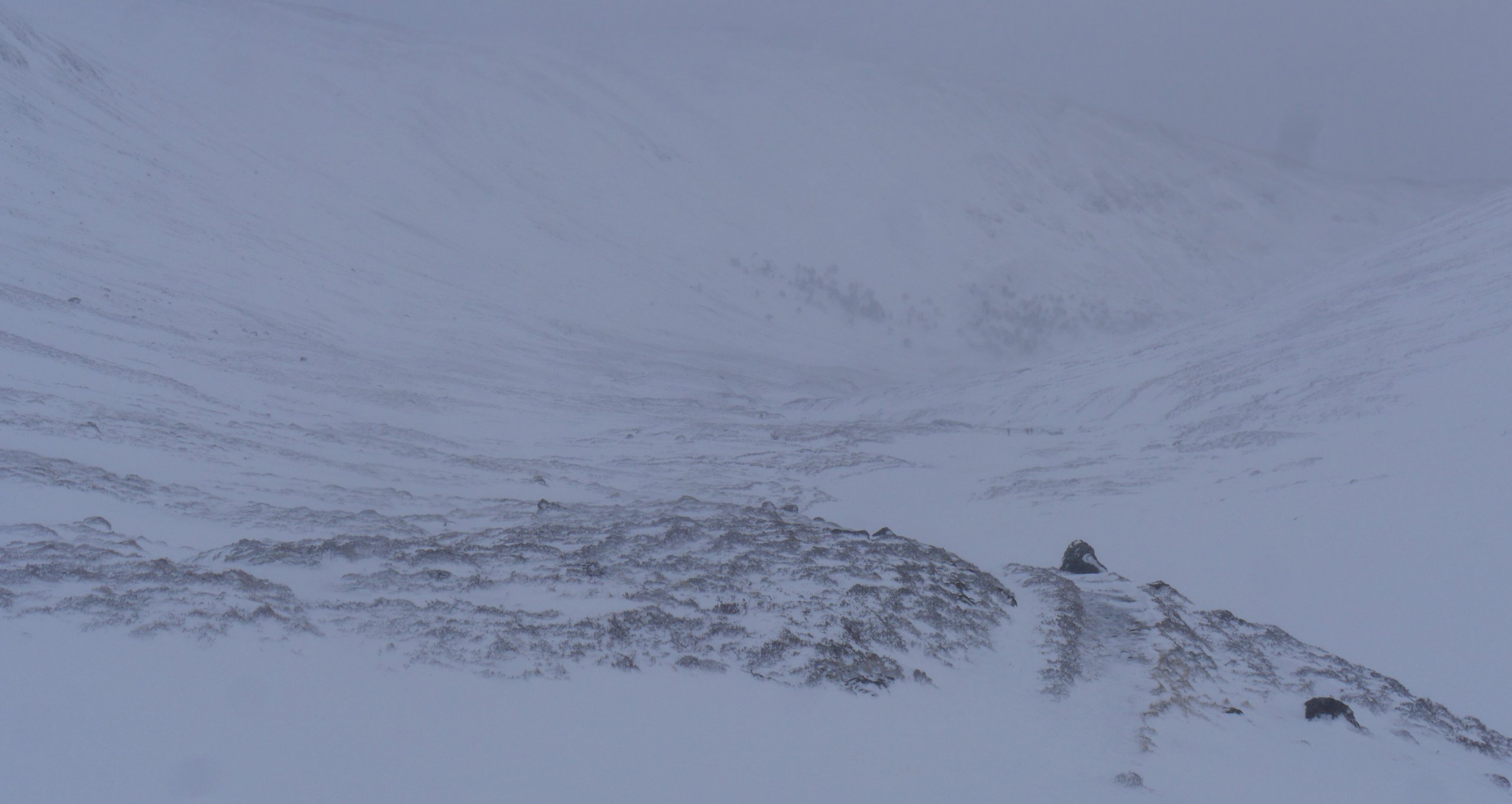 (Above) Looking west down Coire Ardair at the sequence of scoured areas and drifts. Foot passage along the path wasn’t quite so bad here. Poor contrast for photography pretty much all day. 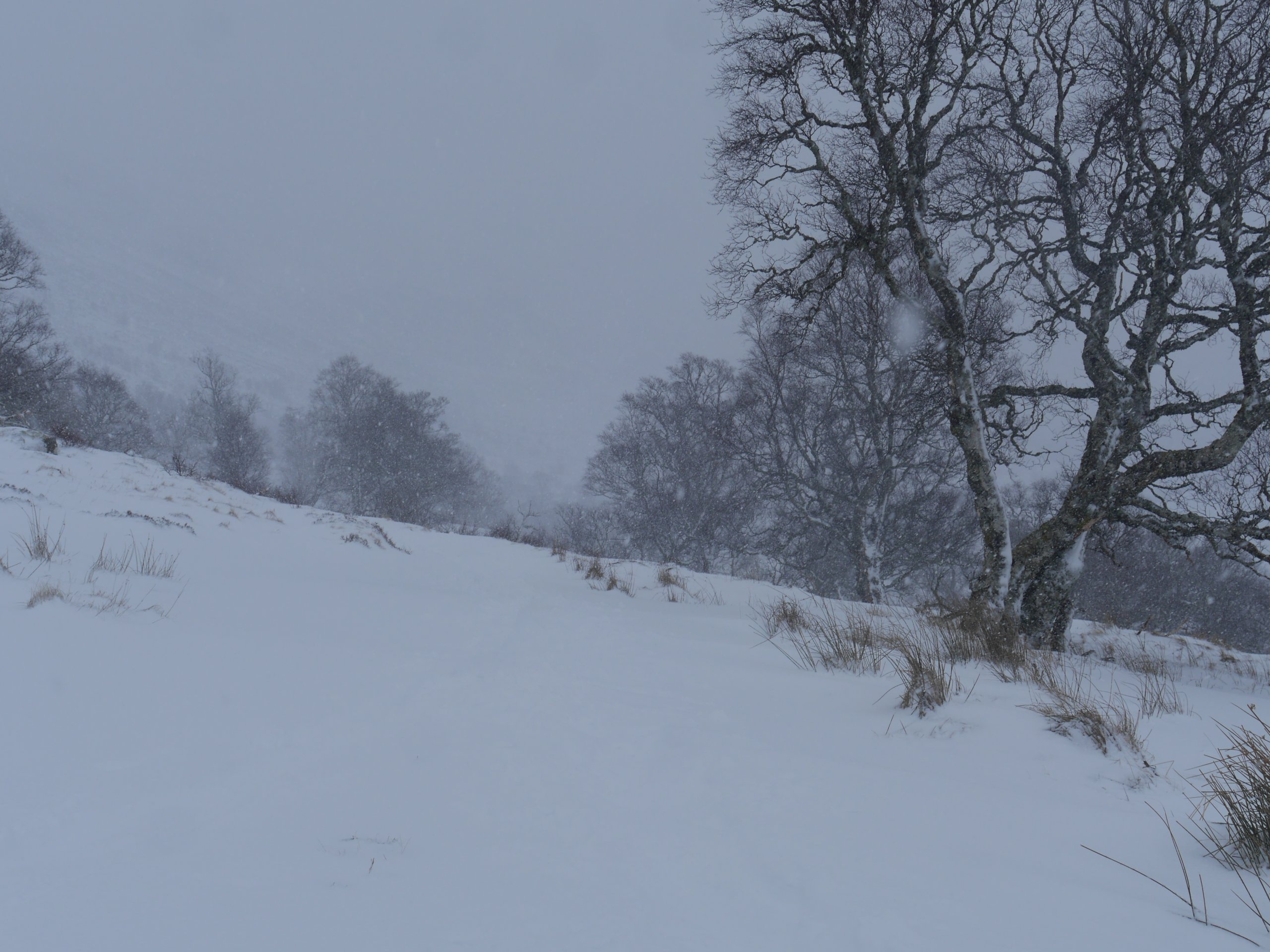 (Above) The course of the path is under the snow somewhere there. More challenging progress on the path (when you can find it) between the juvenile birch trees and the mature birch trees, shown here.

(Above) Looking west from nr. Laggan. Mid-afternoon shot of part of the Carn Liath massif and its outlying coires. Visibility started to improve just as I came off the hill. Good general cover on any aspect with East on it at the moment.

Somewhat contradictory indicators for snowfall for our area tomorrow, Monday. Our official area specific Met Office forecast is giving a moderate amount of snow. Whilst at the same time there is a Met Office ‘Weather Warning’ covering most of the Highlands indicating ‘Big Snow’ above 300m – but looking at the detail that may be much later in the day and into Monday evening. MWIS are more generic in their description but definitely talking up the amount of snow we’ll get. Perm one from three!

Winds turning Easterly, too, which is quite an unusual direction for us. Expecting a bit of scouring of those already snow-plastered NE and E-facing aspects, but instability likely to persist there in deeper accumulations in gullies and wind sheltered places. East winds and snowfall/drifting will see some new snow instability on NW through W to SW aspects above 850m or thereabouts by the end of the day. Hope that helps explain why we have avalanche hazard ‘around the clock’ on our SAIS website avalanche hazard graphic!