M is for Malik

A particularly burly day was experienced today across the Creag Meagaidh area and much of Scotland, as Storm Malik sweeps in. Interestingly, this storm has been designated M for Malik by the DMI (Danish),Â while the next named by the Met Office will be C for Corrie as per convention.

Exceptional storm to hurricane force winds have been the norm at higher elevations with Cairn Gorm measuring a maximum gust of 147 mph today.

Although such wind speeds are not record breaking by any stretch, they are infernal and unrelenting in the mountains as anybody who has been at their mercy can attest. The clues were there to a wild day in the mountains with a solitary traffic cone being blown down the Main Street in Newtonmore this morning.

Shortly after leaving the car my experience was similar, staggering in the gusts I was left dented, scuffed and hollow inside, much like the solitary orange cone. Not wishing to be left to the fate of the windspeed alone, I decided to stay at lower elevations for the duration of the day.

Some very high windspeeds have also been recorded around Scotland’s coasts with 142 mph recorded at Fraserburgh in Aberdeenshire in 1989. So it is not just the mountains.

For this reason I often look at the METAR (Meteorological Aerodrome Report) for RAF Lossiemouth or Inverness Airport at Dalcross. Arguably, the weather is nearly always better on the Moray Firth.

Today the midday alert popped up on my phone as:

You can automatically convert this, but it is a nice exercise to do it manually. Assuming I am not too rusty:

So fairly windy out at the coast even in the lee of the mountains to the west.

Weather and aviation aside tomorrow should be wintery with snow falling above 550 metres. This will overlie bare ground in many areas, while above 850 metres poorly bonded windslab will accumulate throughout the day. The picture will look very similar to previous days initially, then with the most intense snow in the afternoon. We will therefore see a transition from a low hazard to a moderate hazard by the afternoon. 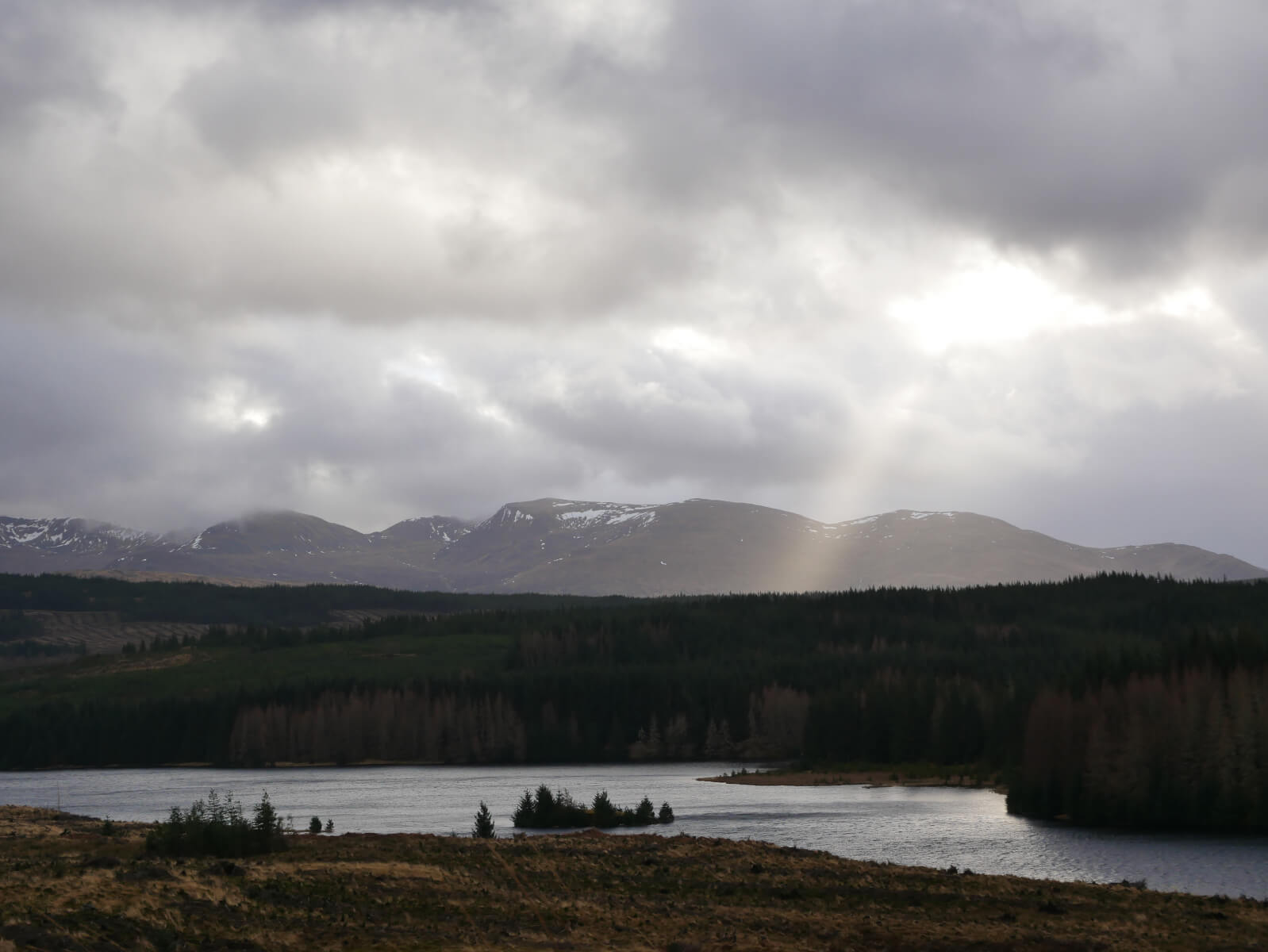 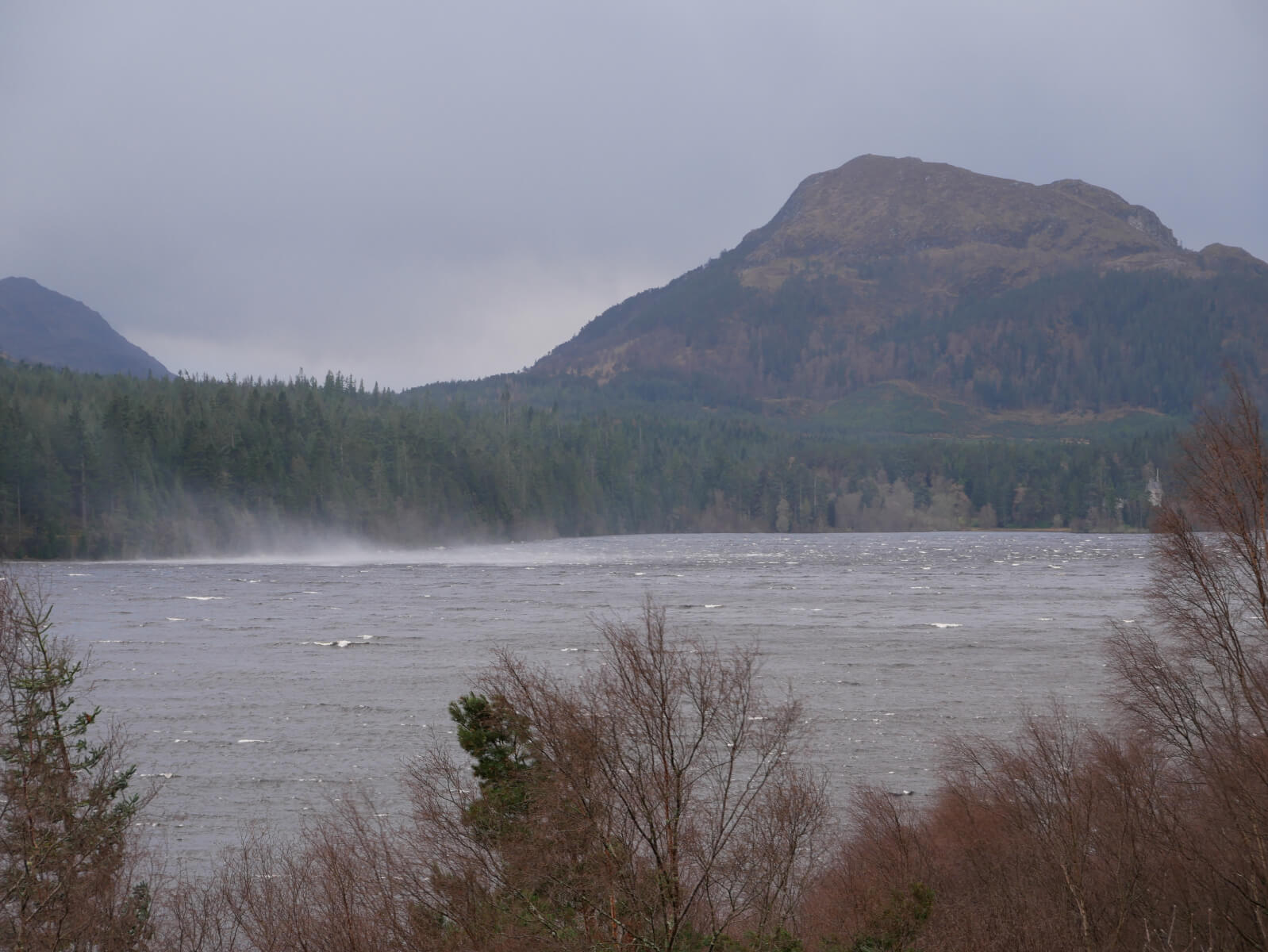 Loch Laggan complete with plumes of water driven up by the wind. Ardverikie and Binnein Shios in the background. 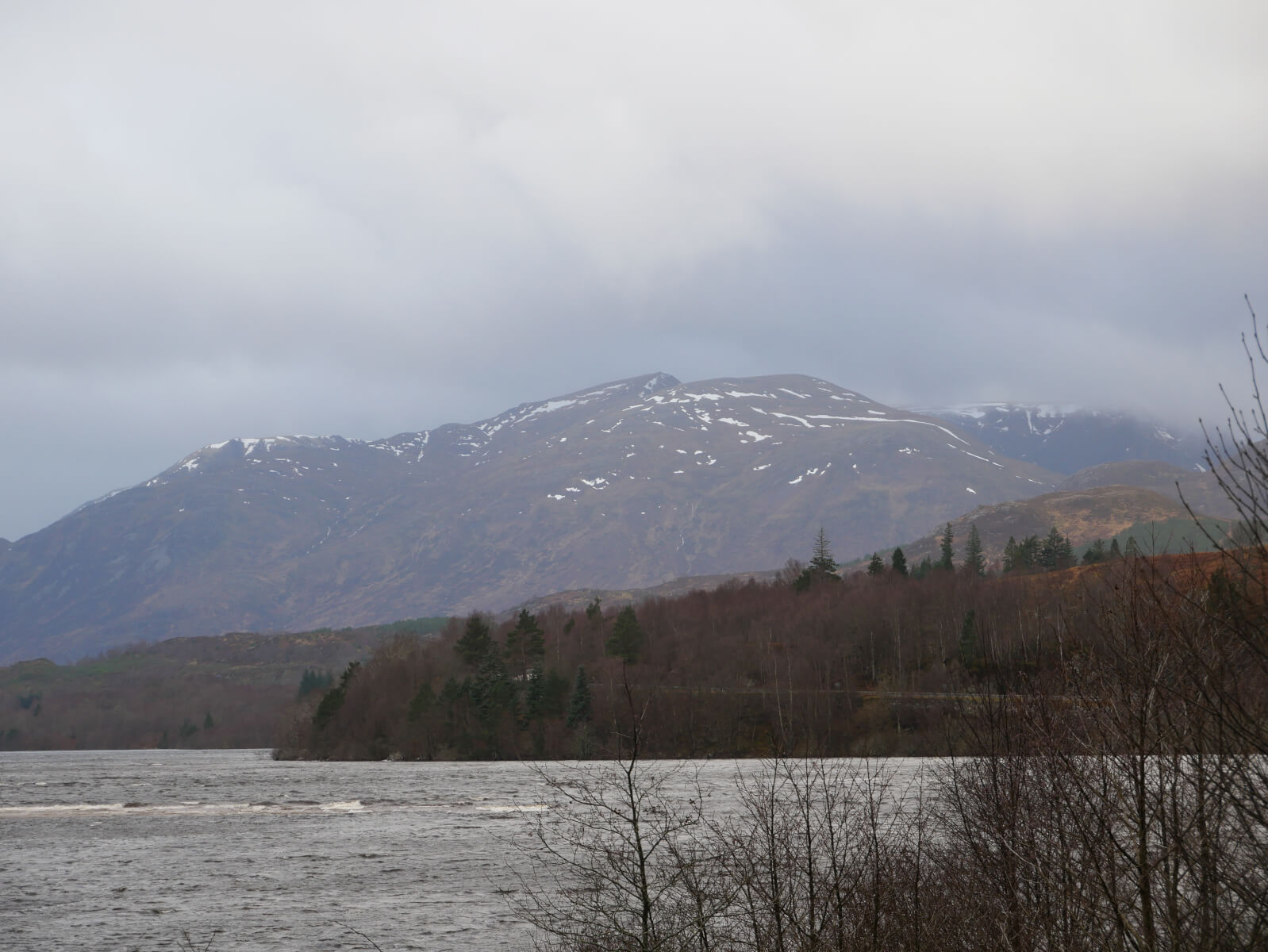 The smallest of snow patches hanging on on SrÃ²n a’Ghoire above Aberarder. This area holds snow readily and has been the scene of some of the largest avalanches in the Creag Meagaidh area.