Days such as these

(Above)Â  The Big Picture. Looking west towards Puist Coire Ardair, Sron a Ghoire and the Post Face of Coire Ardair. Good more or less continuous cover above about 850m, with ribbons of snow in favoured areas as low as 750m such as here on Sron a Ghoire. Great overhead conditions, too. 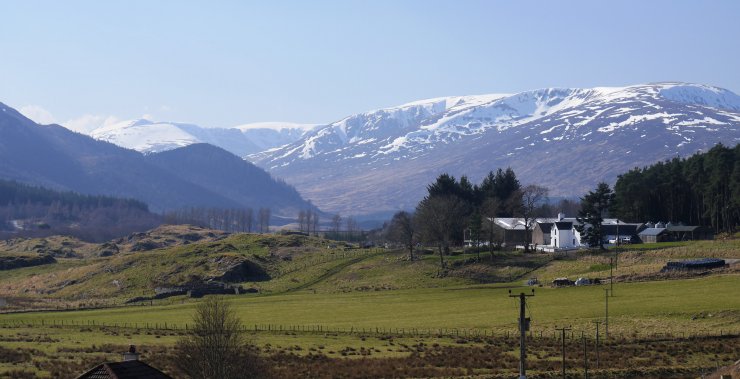 (Above) Looking west again, this time from Laggan towards the eastern end of the Carn Liath massif – right of centre. 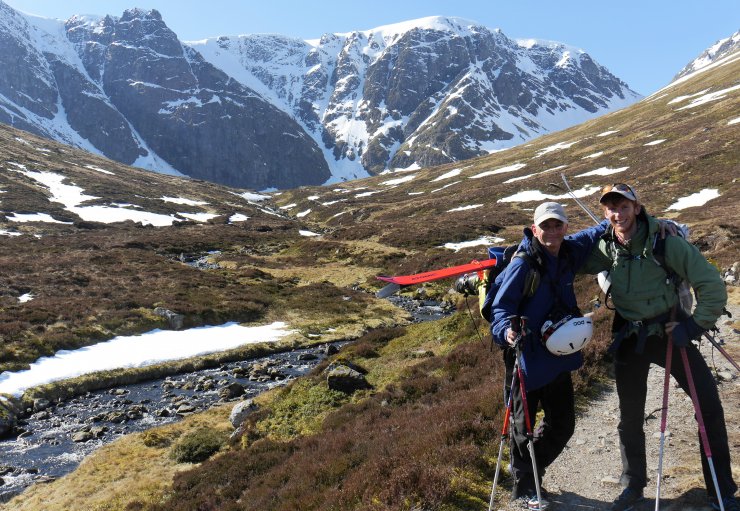 (Above) The car park by the A86 was quite busy today and amongst the hillwalkers were a fair few ski-tourers out to make use of the good but fairly high snow cover. Most seemed happy to schlep their gear up the main Coire Ardair path to get to the snow. The quickest way to the snow today though was a frontal assault of Sron a Ghoire (with a tailwind in ascent. Bonus!) a then a skin around the Coire Ardair horseshoe, perhaps picking off Creag Meagaidh summit on the way? Once up high there are lots of other possibilities too, of course. Met these two cheerful gents making their way in towards The Window – a popular route choice today, see below. 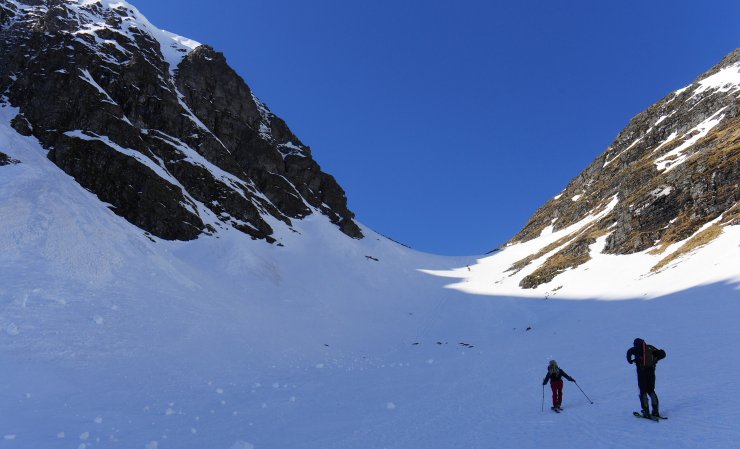 (Above) The Window – a well-defined bealach high above the Inner Coire of Coire Ardair, often visible from Cairngorm on clear days.Â  Firm-ish snow in the shade but moister and softer where the sun had done its work. 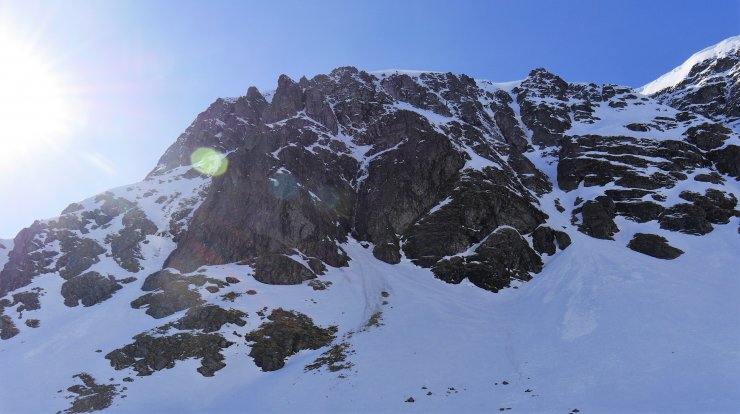 (Above) The crags above the Inner Coire of Coire Ardair. ‘The Pumpkin’,Â the sharply defined corner centre of photo,Â  a popular winter climb but devoid of ice in its lower reaches today. 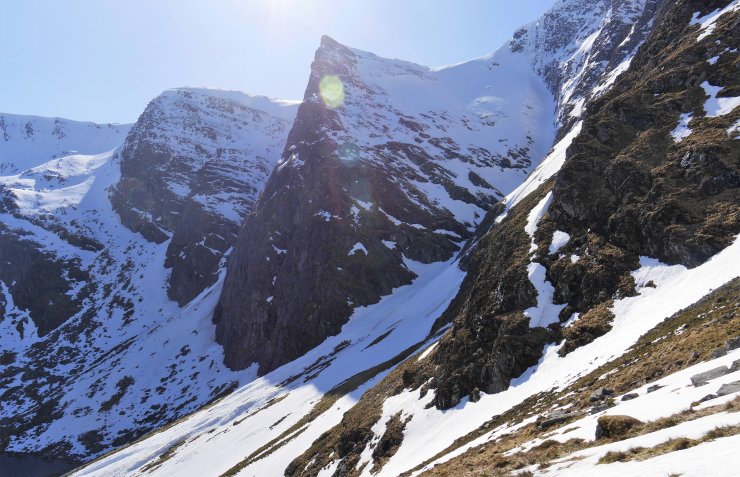 (Above) L to R: Bellevue Buttress, Pinnacle Buttress, Easy Gully and part of the Post Face. Big piles of old avalanche and cornice debris are present low on the talus fan below Easy Gully, though only of historic interest since it is from events some days or weeks ago. 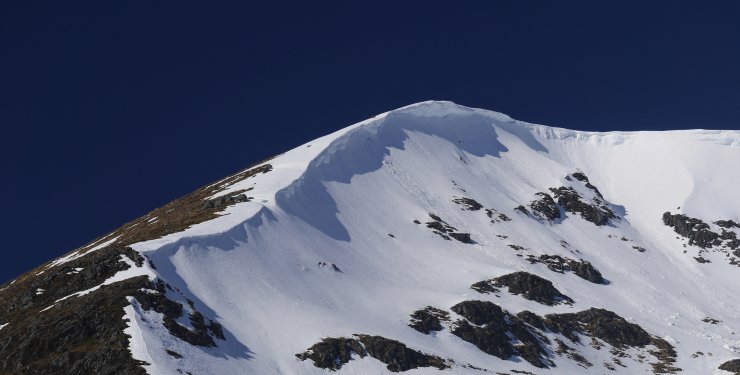 (Above) Quite large cornices remain in place above selected steep NE to SE aspects. The ones in the photo are perched above east-facing slopes in Coire Chriochairein. These and the ones around the rim of Beinn a Chaorainn are expected to weaken as temperatures rise later on Monday. Small or large, it’s always worth giving these treacherous cantilevers of snow a wide berth.