(Above) The Big Picture. Good cover remains at Creag Meagaidh though the snow surface conditions are varied.

(Above) Access on the main Coire Ardair path was easy all the way to the lochan today. There are one or two snowbanks, but pedestrians in a wide variety of footwear negotiated them successfully enough. 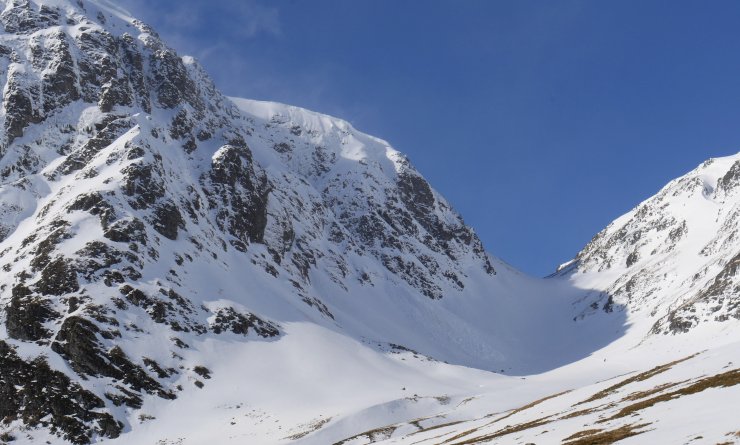 (Above) The Inner Coire of Coire Ardair. Note the wisps of spindrift over the top of the crags on the left. Good general stability today. The snow surface varies from firm to crust to a thin covering of windblown snow. Some new thin windslab developed in a just few areas sheltered from the cold SE wind. 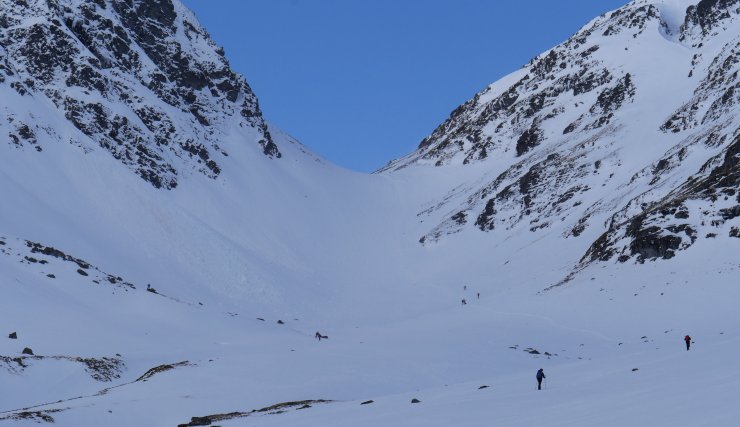 (Above) Fast easy movement on forgiving snow-ice for those on foot here in the Inner Coire, but crampons and ice axe were essential for movement on anything slightly steep. The ski-tourers in the photo made quick and simple work of their descent from The Window without too many chattering edges. ‘Firm Scottish spring’ conditions might be the best way to describe the snow for those on skis today, though there was softer, dry snow here and there. Old cornice debris visible from above ‘Cinderella’ visible over on the left – some large blocks, too. 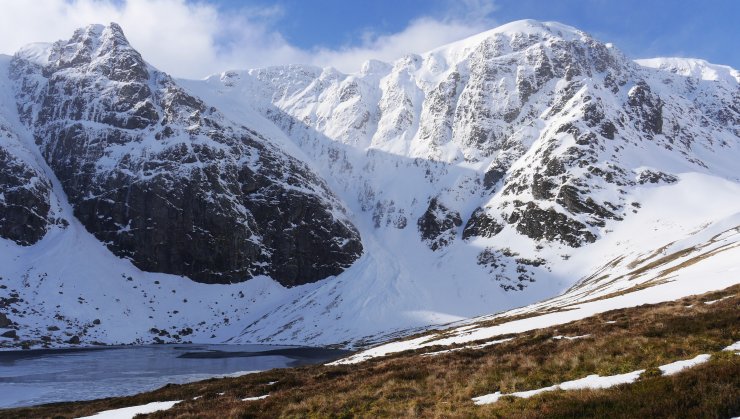 (Above) The Post Face of Coire Ardair. Plenty of old cornice and avalanche debris in Easy Gully from an event some days ago. The debris ran more or less the full length of the gully, stopping just short of the lochan. If you zoom in you should be able to spot the old crownwall high in the gully. Will have been a wet slab avalanche triggered by a large cornice collapse during the transition from cold snowy conditions to milder wet weather overnight on 25th/26th February. 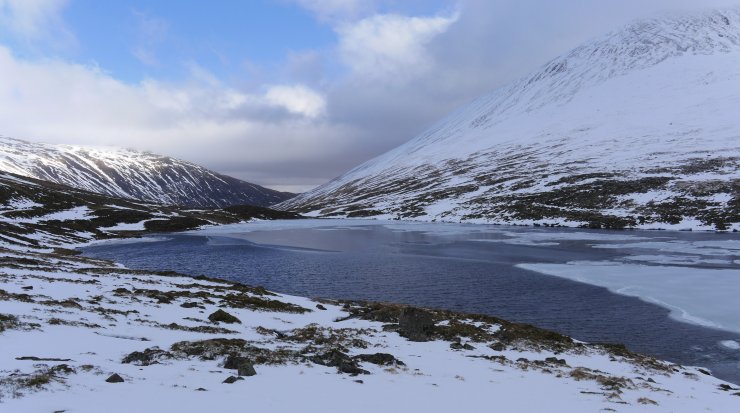 (Above) Ice floes of varying thickness on the lochan. Didn’t measure the water temperature but the presence of ice tells you all you need to know if you’re a wild swimmer! Met a couple of people equipped with yoga mats walking up the path both abuzz by the prospect of a yoga work-out at the lochan’s edge in the shadow of the towering snowy Post Face.Â  An interesting synthesis of spiritual and physical re-creation I’d not come across before in Coire Ardair. Good effort, folks!