Thaw conditions continued today. The early morning cloud lifted to give some good views of the remaining snow cover. Many ridges are now bare with some snow remaining on the higher plateau areas, coire back walls and gully lines. Notably there is still snow on the approach to the window, the snow here is firm in places and there are cornices remaining on the crags above. 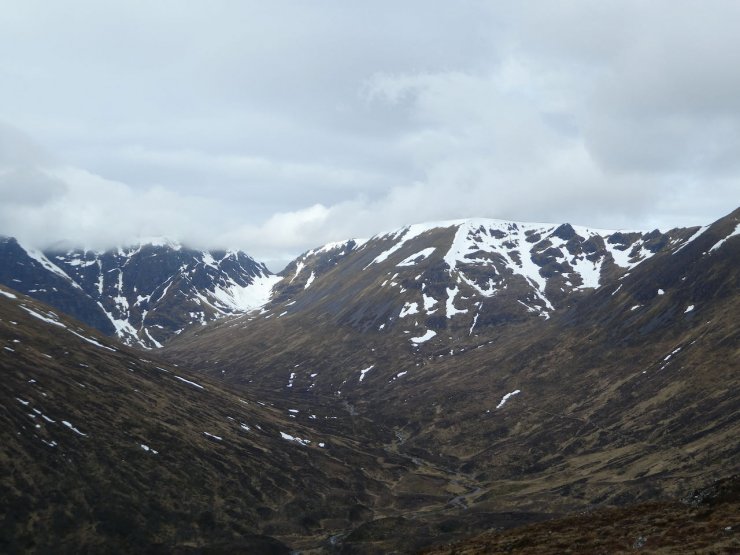 A view into Coire Ardair on the approach. The large area of snow in the centre is the approach slopes to the window. The Coire on the right holding snow is Coire a’ Chriochairein. 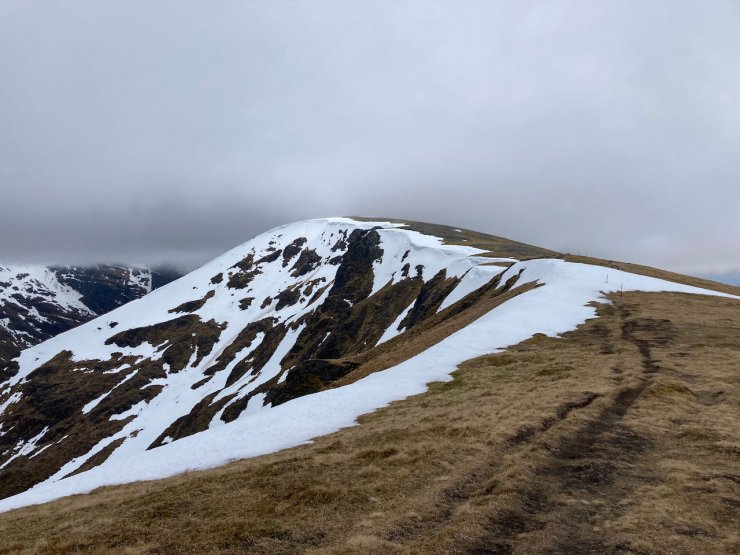 Looking along the top of Coire a’ Chriochairein, some cornice remnants still visible. The main ridge line with minimal snow. 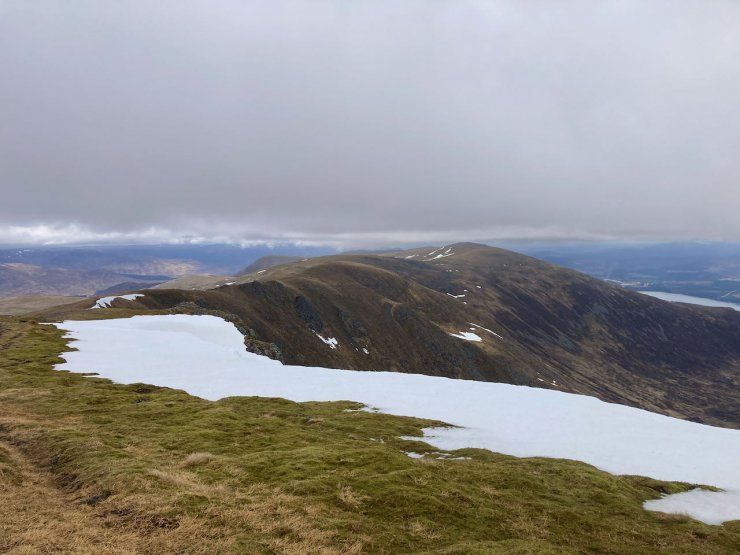 Looking back towards Carn Liath, even less snow. 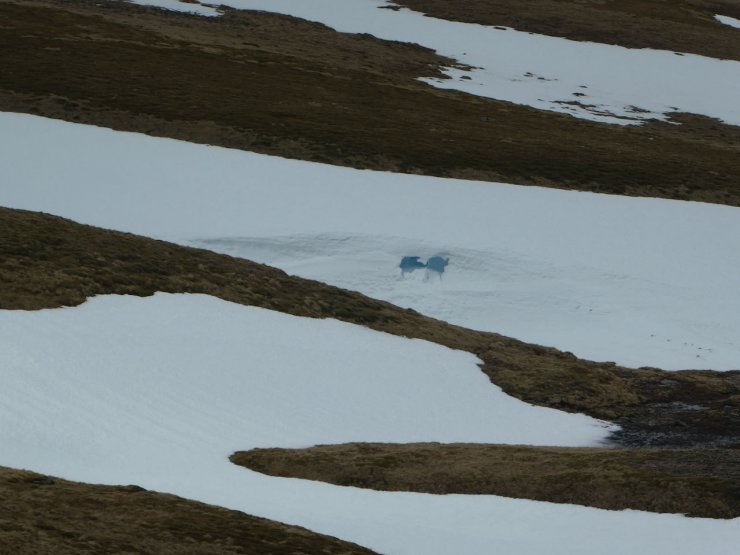 The entrances to some snow holes below Lochan Uaine. These will have been used to spend the night in before the thaw set in. They will be melting fast now, the roof will be very suspect. 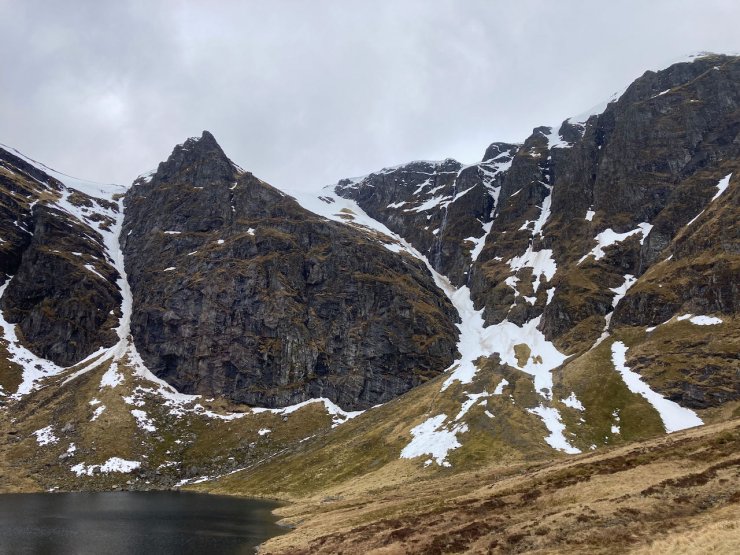 The remaining snow in Easy Gully and Raeburns Gully.

Wild swimming advisory. The temperature in Lochan a’ Choire (picutred above) was 4.7 degrees. While there were no wild swimmers, the group that went paddling reported it as “painfully cold”