Some decent visibility and better (somewhat firmer) underfoot conditions meant it was possible to do a pretty good avalanche and cornice audit of the manor today. Plenty to look at!

(Above) Coire nan Gall left and Coire Dubh from the A86 this morning. Not easy to see in the photo but cornice and older avalanche debris visible in both coires. The avalanche debris is likely from either/or/both Friday and Saturday. Some of the cornice debris looks more recent. 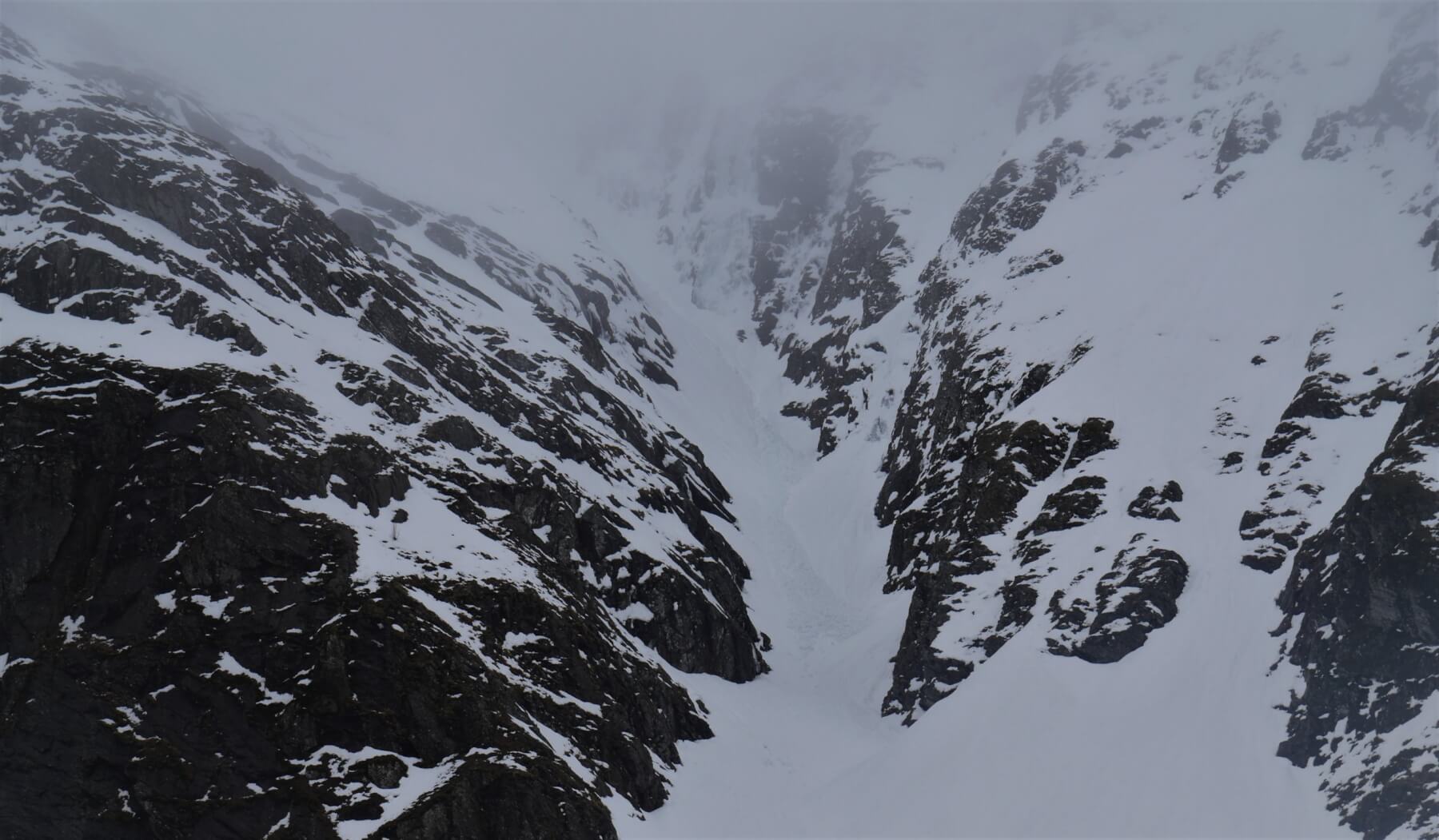 (Above) Easy Gully at the top end of Coire Ardair, tucked into the base of the Post Face. Quite a lot of debris (fairly recent-looking) fills the gully from Last Post downwards. Again, some of this debris is historic but that from cornices is more recent. 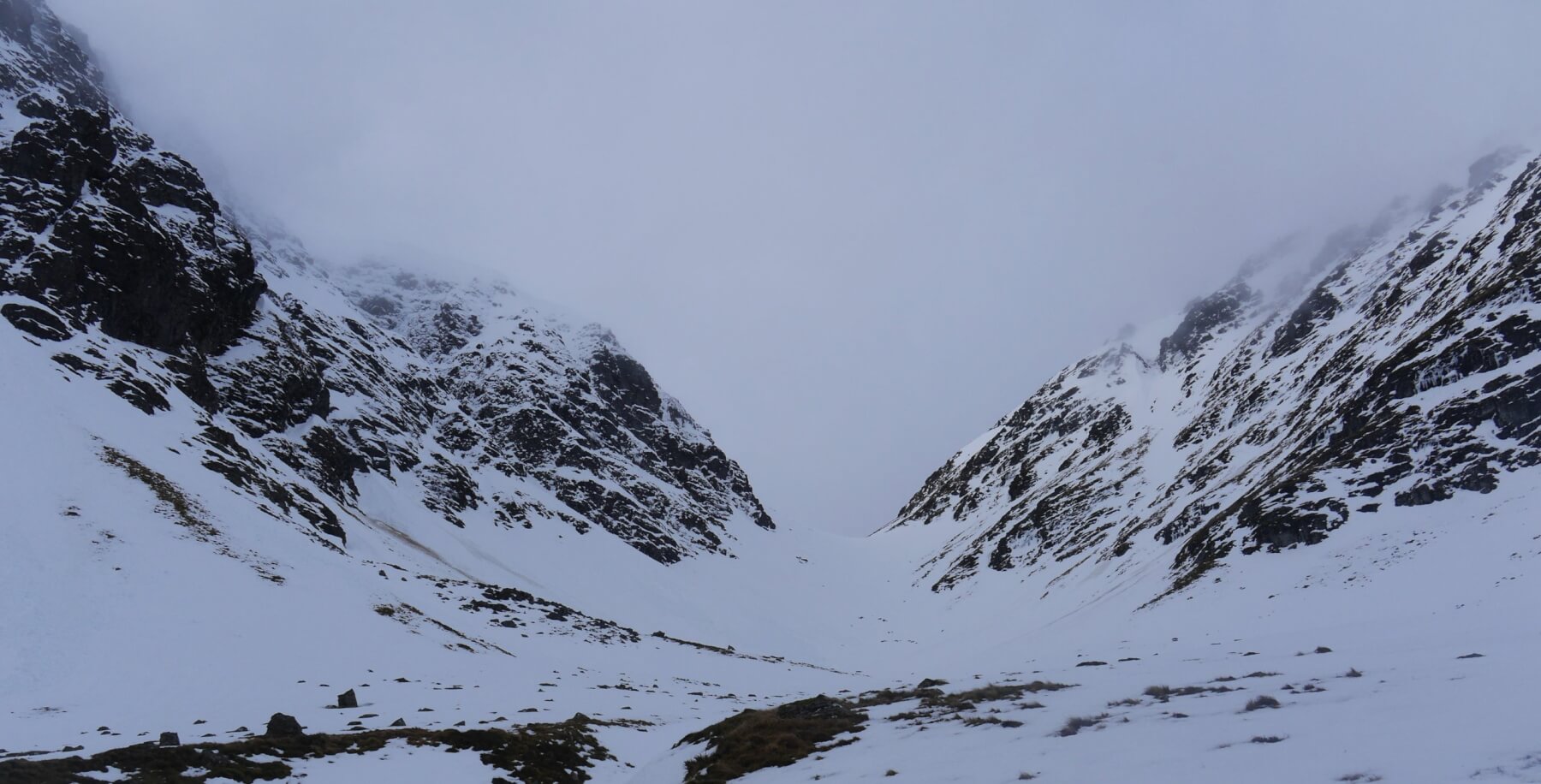 (Above) The Inner Coire of Coire Ardair with the high bealach, The Window, prominent in the centre. Avalanche and cornice debris left and right. This is what yesterday’s group of 6 ski-tourers saw which spooked them a bit but most of it pre-dated their visit. 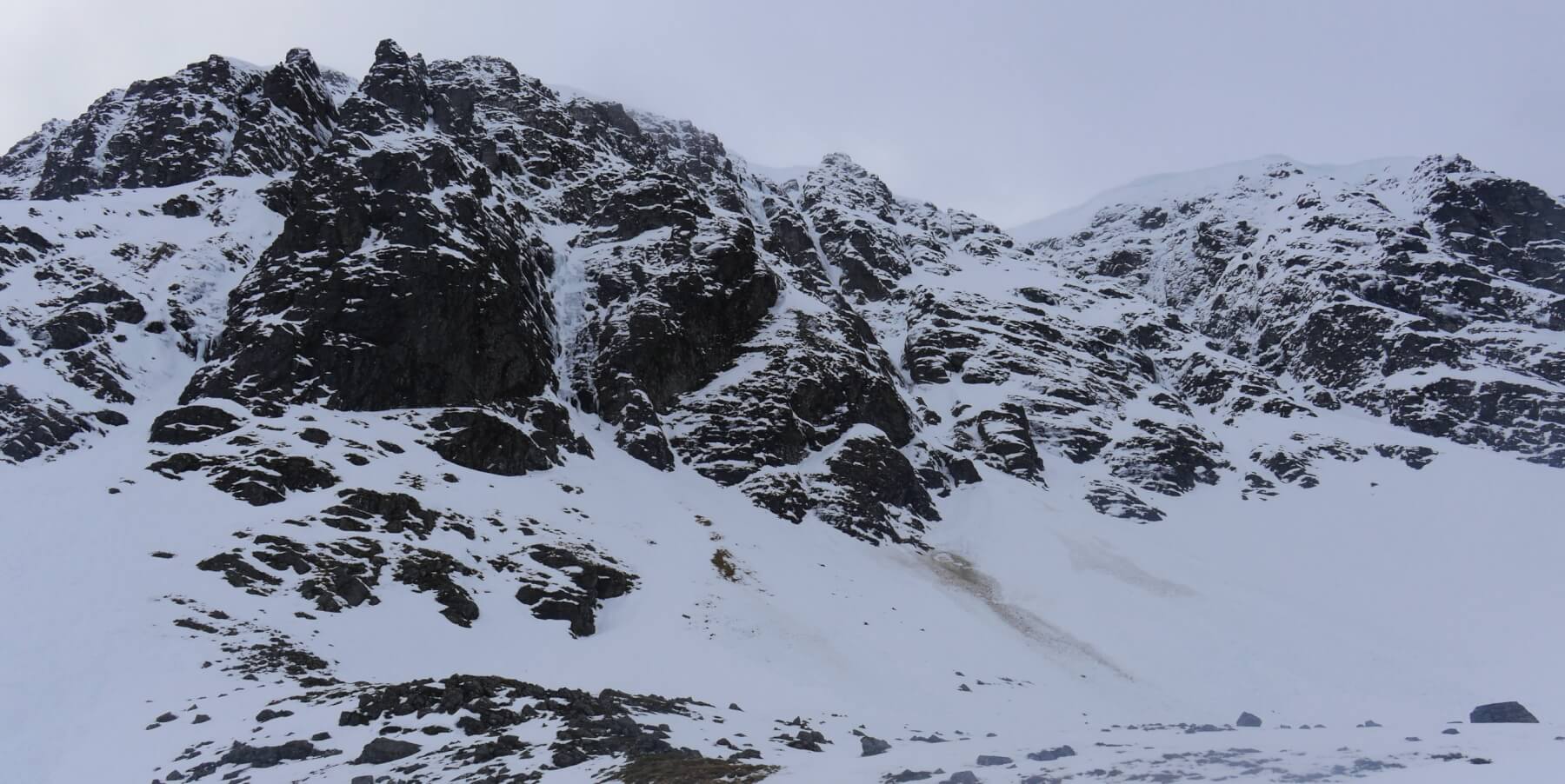 (Above) The NE-facing crags of the Inner Coire. Debris across the whole of the crag apron from below the Pipes, left of shot, to Cinderella, the gully beneath the intact cornice line. Mostly historic debris. 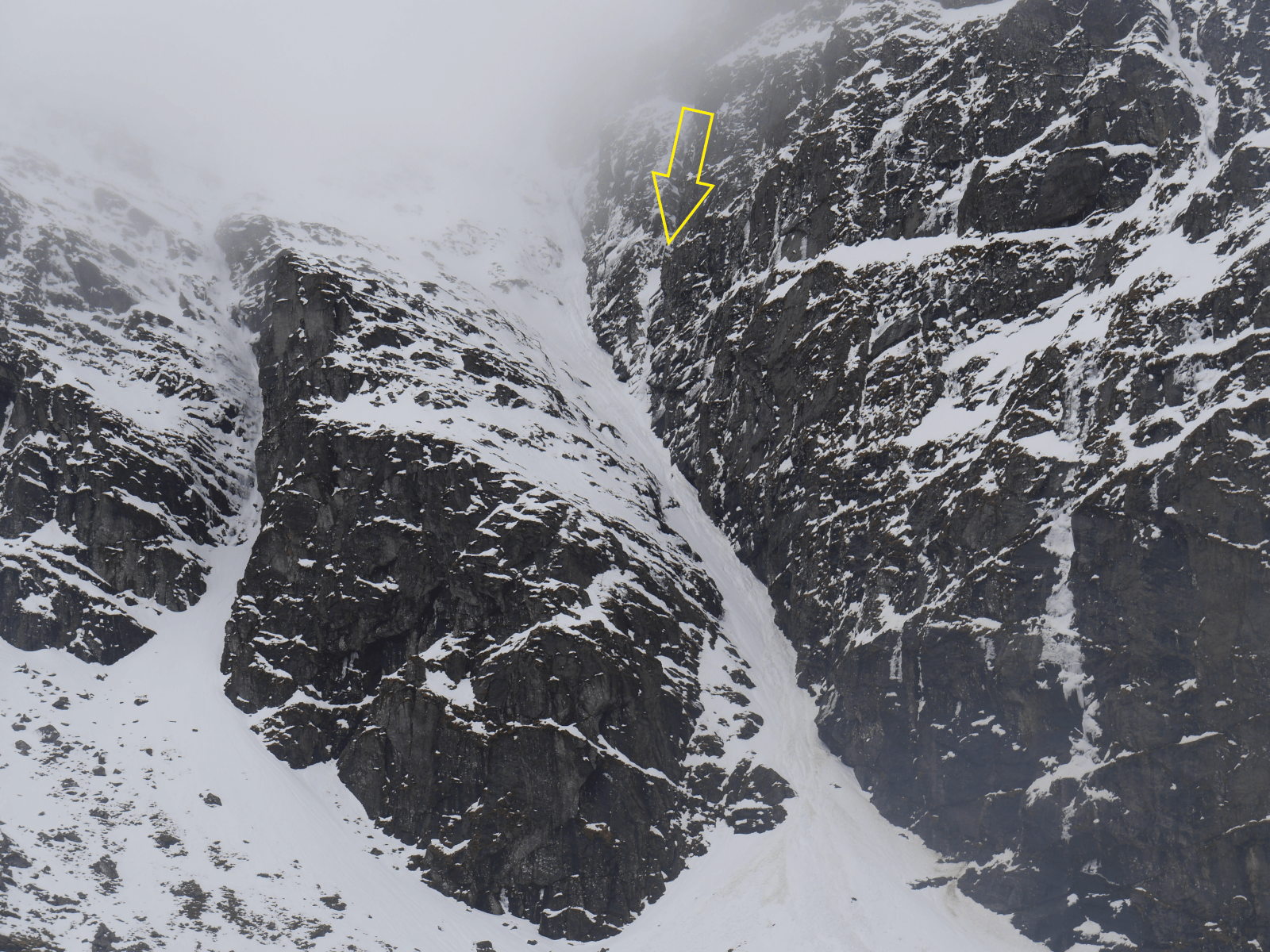 (Above) Raeburn’s Gully. The crashing rumble of a collapsing cornice down Smith’s Gully (arrowed above) induced a momentary involuntary tightening of the sphincter at 12.58pm. It was loud!

(Above) The Big Picture. Looking west to Sron a Ghoire and the Post Face of Coire Ardair. Still good snow cover above 750m but there’d been noticeable snow loss overnight, particularly at lower altitudes.

Overall stability looks like improving everywhere…but there are some provisos. Collapsing cornices will remain an issue and it’s entirely possible a large one could trigger a slope. Many have already collapsed but some sizeable ones remain over East and South East facing slopes and gullies. As ever – during the early days of a thaw after heavy snow fall at Creag Meagaidh – some places can be prone to full-depth avalanches: the Post Face of Coire Ardair immediately springs to mind. The east face of Sron a Ghoire didn’t have any visible glide cracks today but they may yet develop. Falling ice in the vicinity of crags is something else to be aware of.