Drifting snow was the feature of the day today. Yesterdays snow arrived on Southerly and then South-Westerly winds which then became North-Westerly overnight. Today the winds were mainly Westerly and a lot of the recent snow was drifting onto North-East to South-East aspects. I had my goggles on from around 700 metres and they stayed on all day. Above 900 metres there are significant amounts of fresh windslab, instabilities will remain in the cold temperatures over the next few days. The cover is much thinner lower down. There is good cover high up on the ridges for travelling by ski. A lot more mixed lower down and some carrying required. 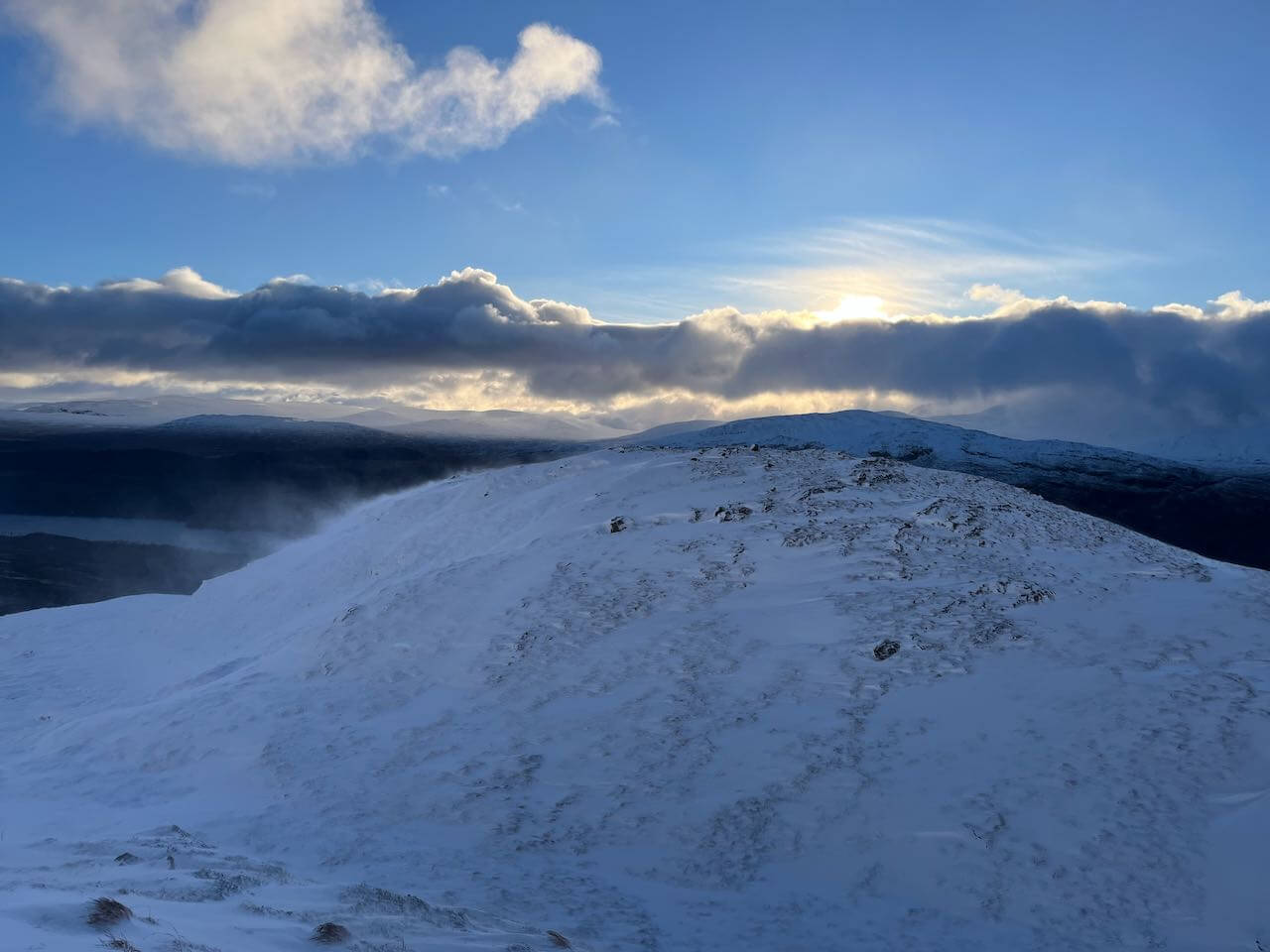 Spindrift even at lower elevations today. This is at just over 600 metres 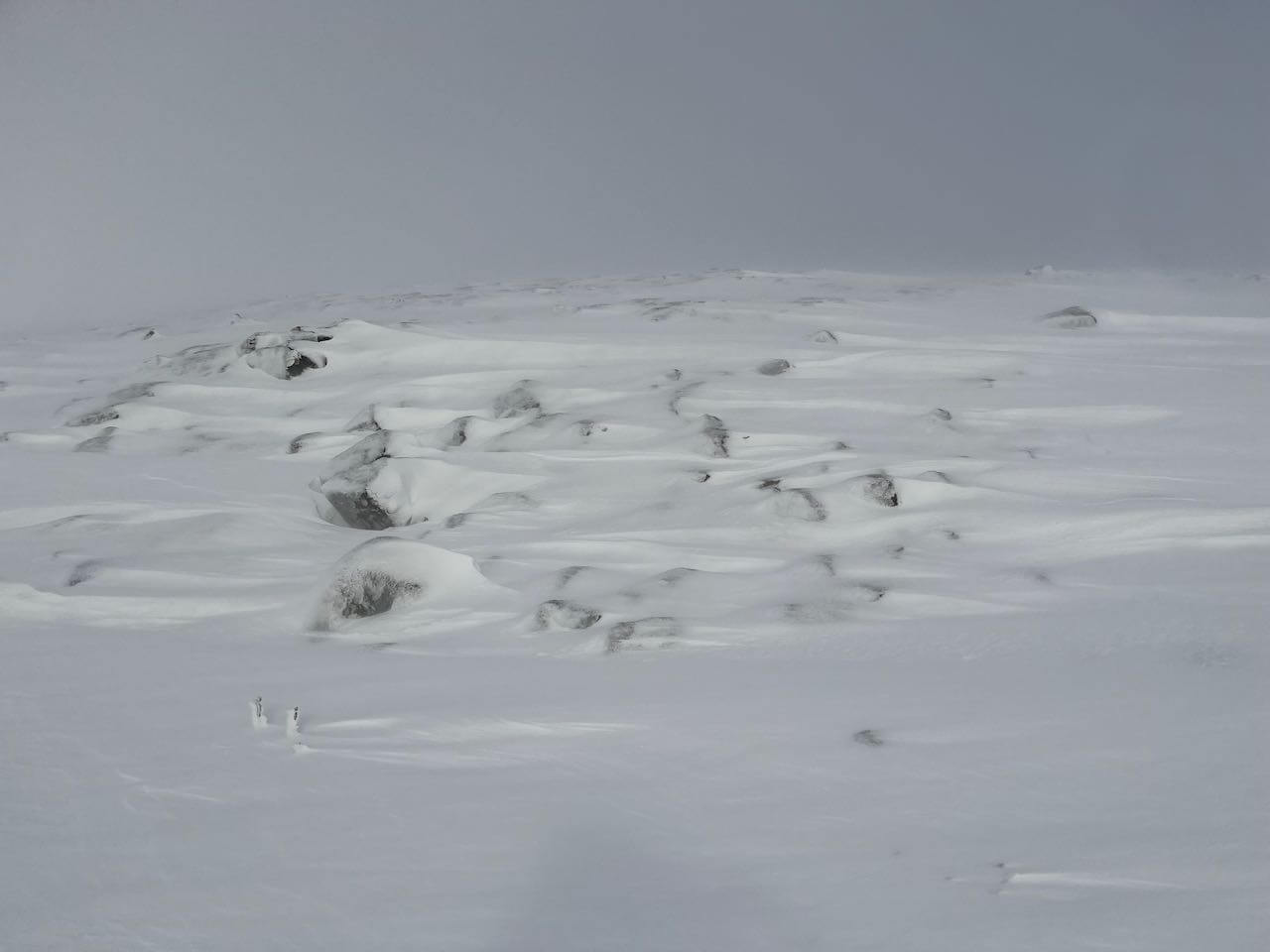 A clear sign snow has been moving in the wind. The snow is on the sheltered (Easterly) side of the rocks. This was taken at about 750 metres. 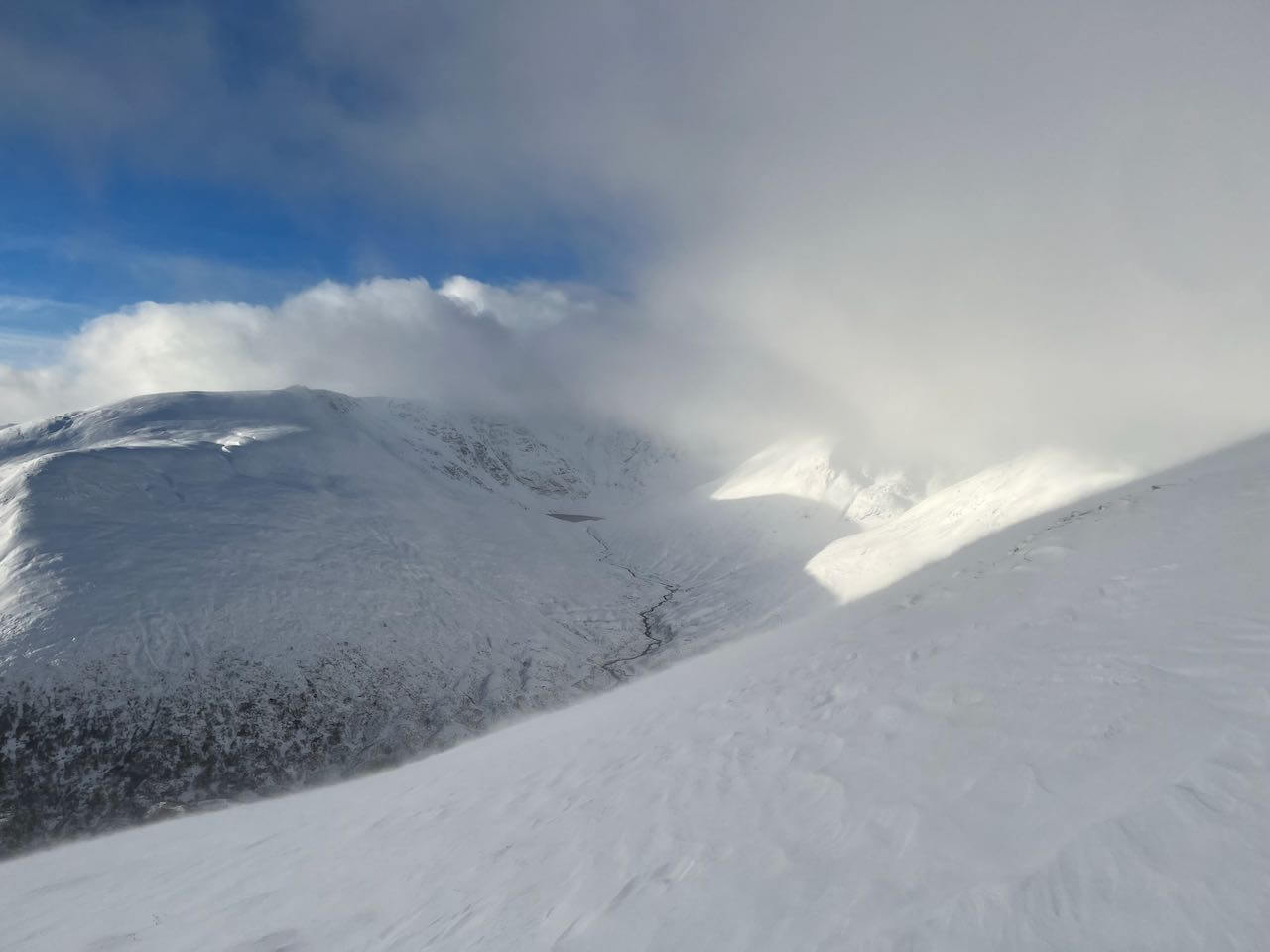 Looking into Coire Ardair through a break in the cloud this morning. 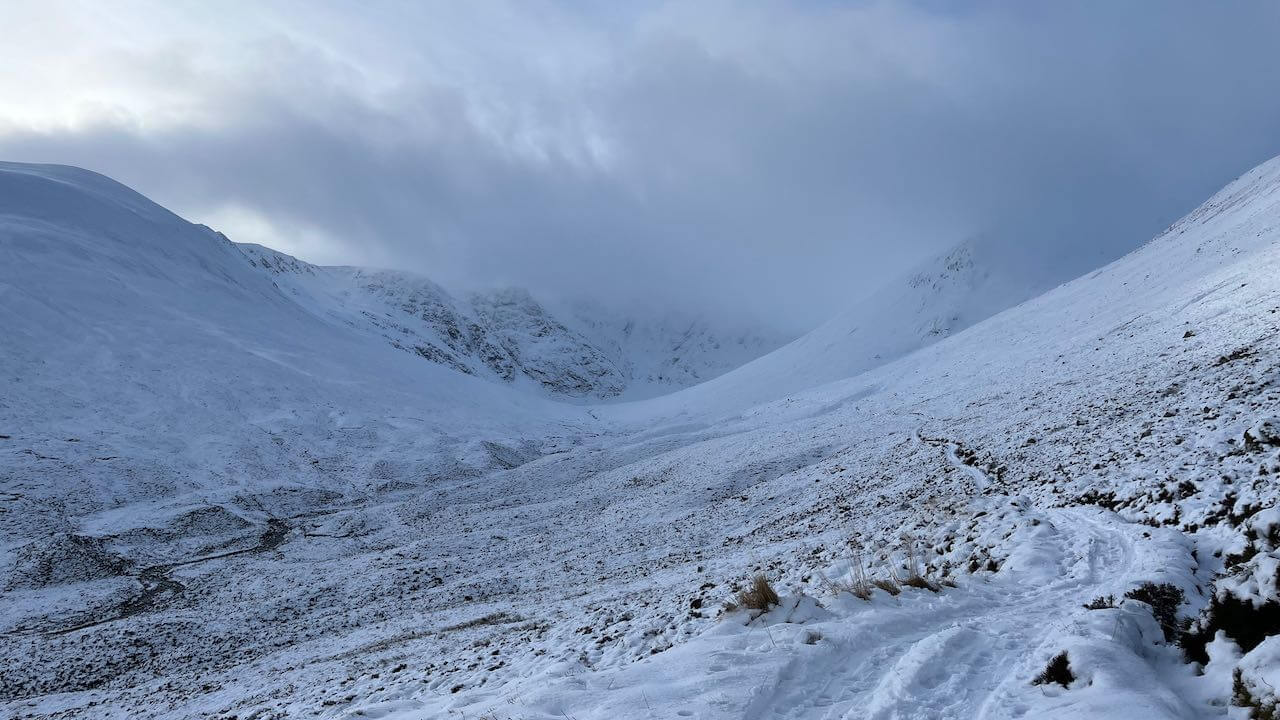 A closer view of the crags. Ski tracks visible on the path. There are rocks lurking though! 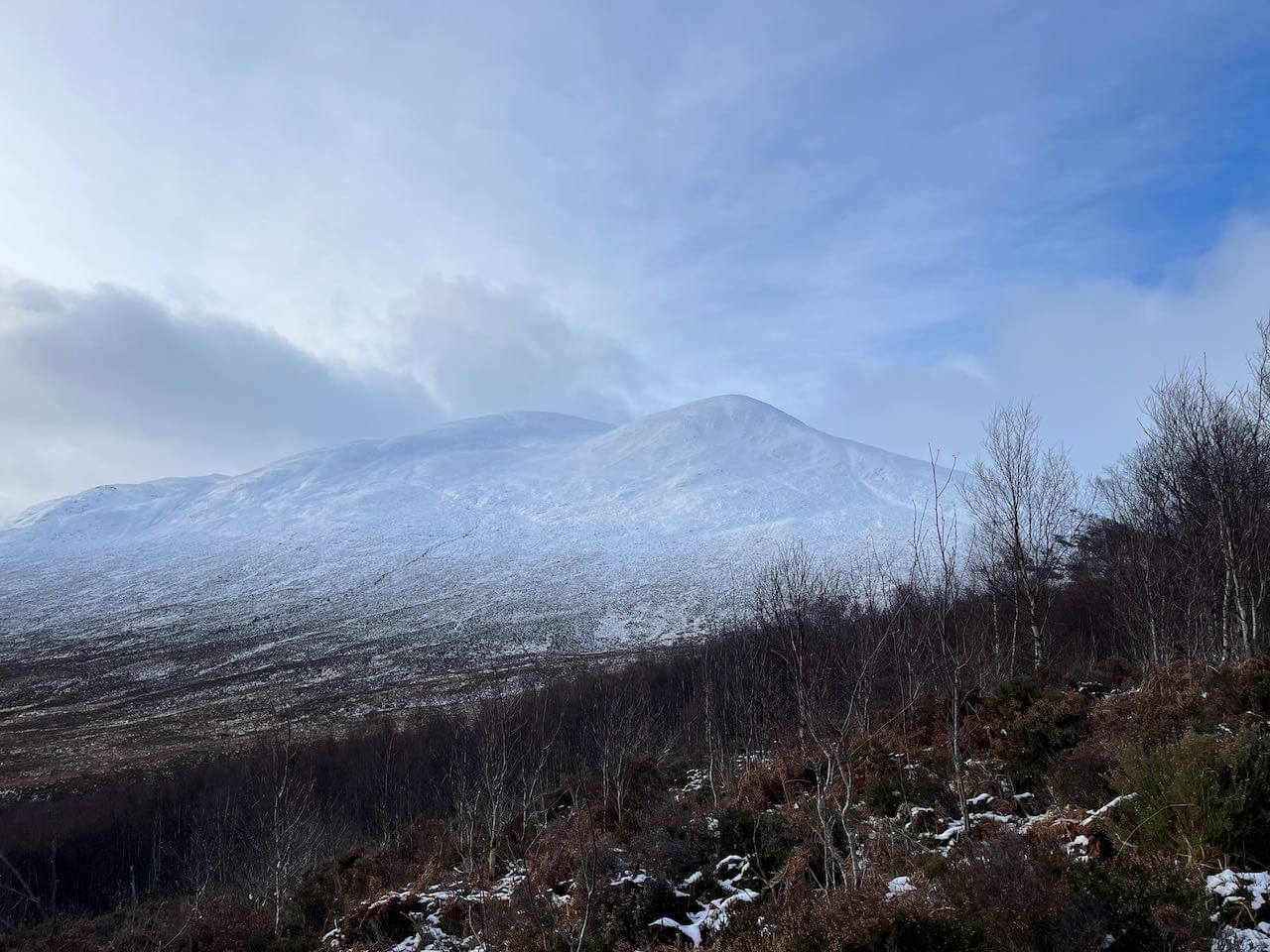 Looking across to Sron a Ghoire.