The beginning of the thaw, not much to see today.

Today is the start of a warmer spell. After some showers during the very early morning which fell as snow to relatively low levels the freezing level rose and the thaw gradually started. It was a dry although very cloudy day so visibility was poor and photo opportunities were minimal. With the freezing level rising the large cornices which have formed recently are prone to collapse. Several parties chose the East Ridge of Beinn a Chaorainn for their venue today as did I. There are large corries on either side of the ridge. I was unable to see if there were any cornice collapse triggered avalanches in either of these corries due to the poor visibility but conditions suggest this would have been likely. Cornices will be a particular  hazard over the next few days of thaw conditions. 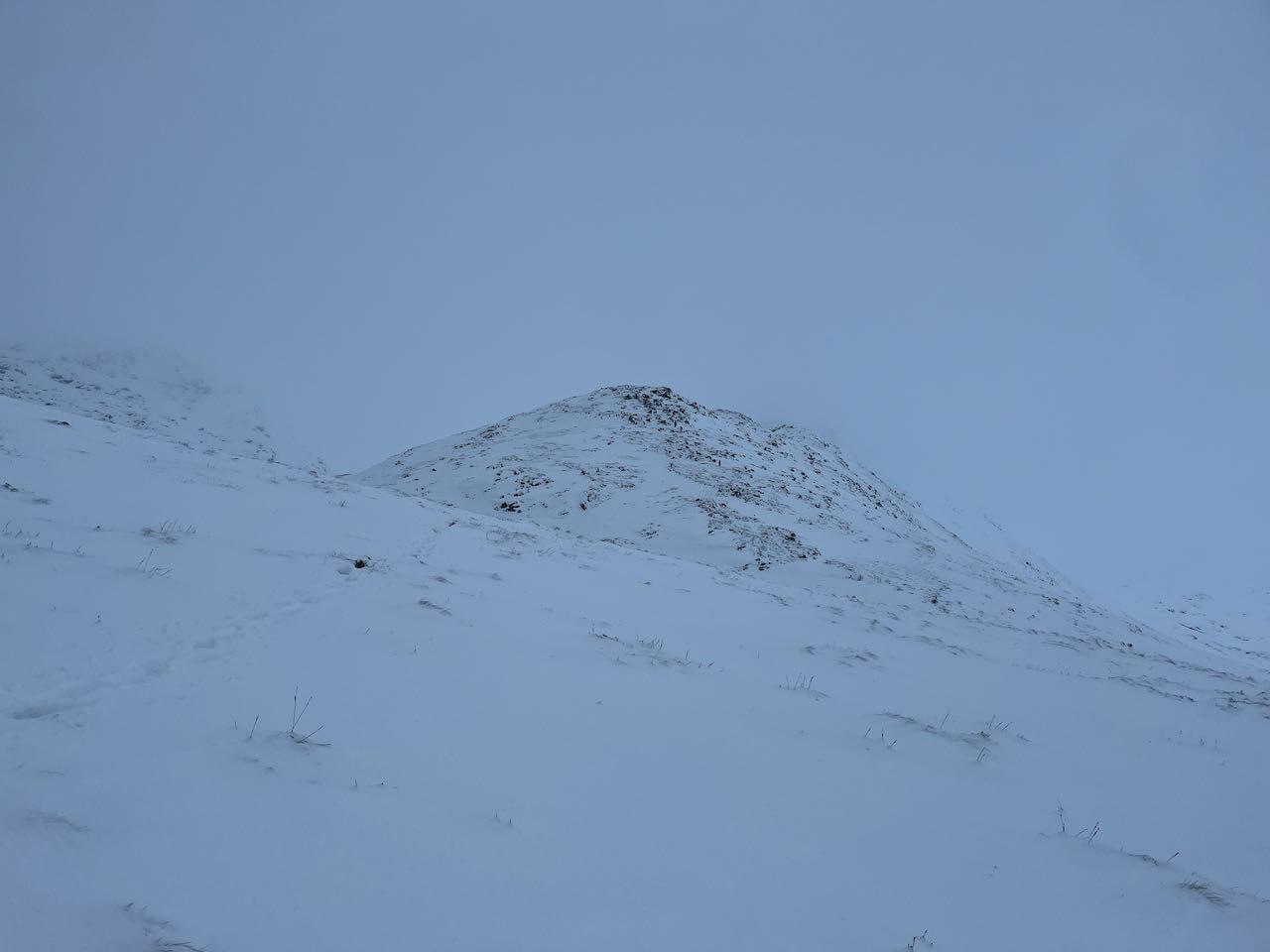 Looking up the East ridge of Beinn a Chaorainn. A few climbers visible. I had hoped to see into the corries on other side of the ridge but they remained hidden. 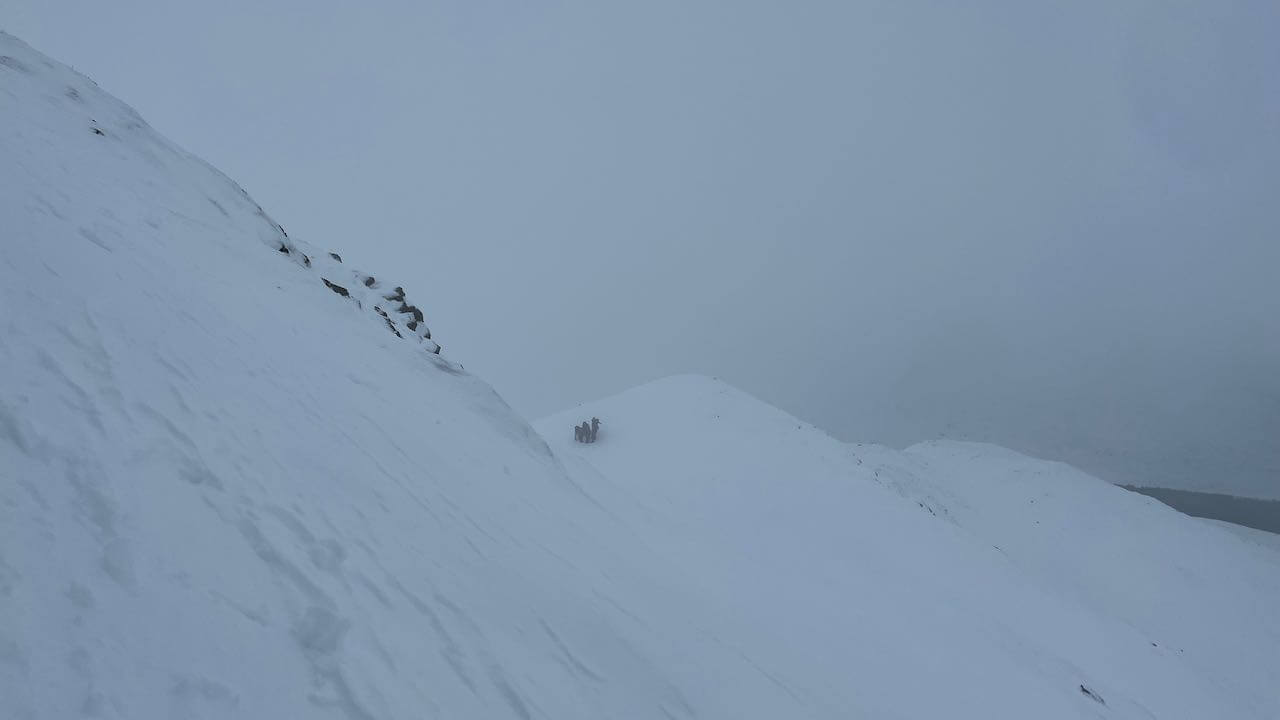 Looking back down at more climbers. This summarises the visibility today. 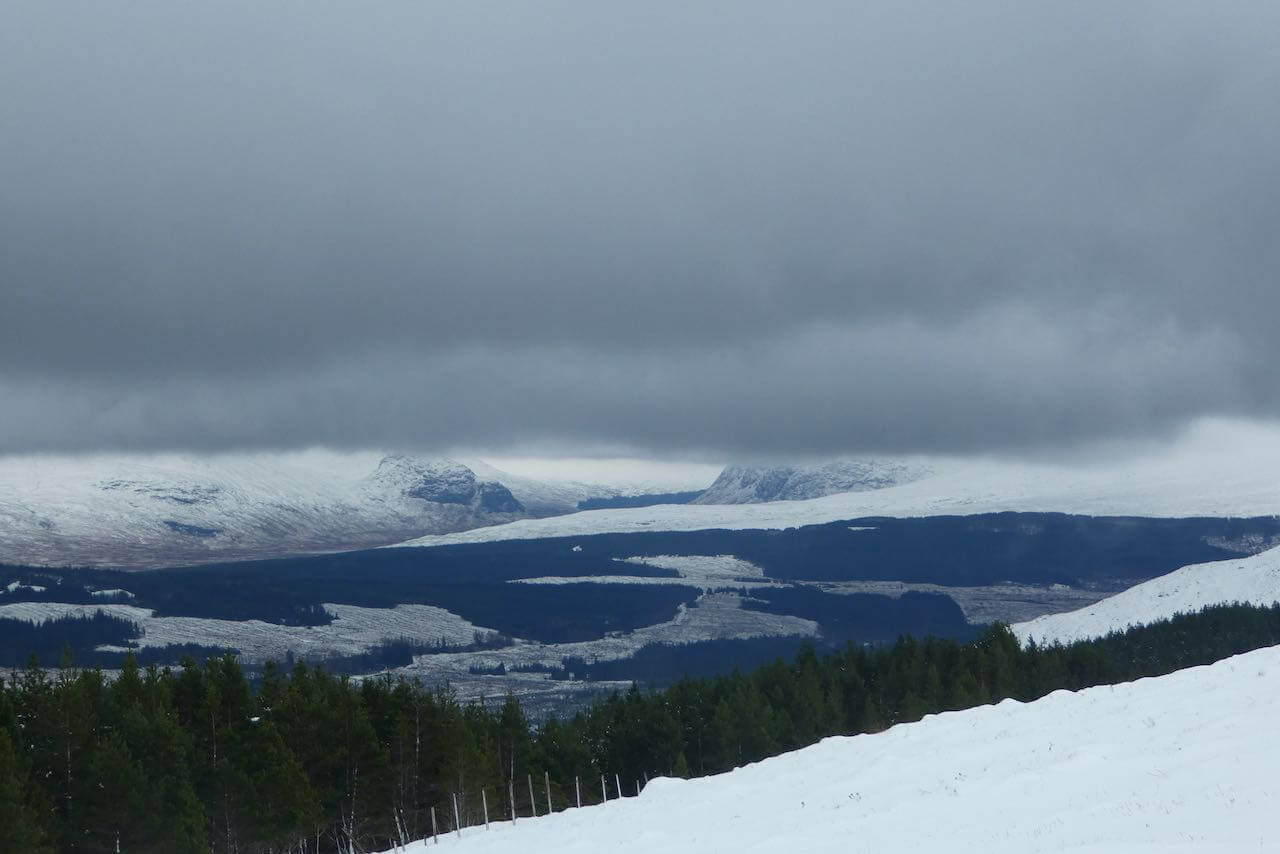 Looking across to the hills by Fersit. Stob Coire Sgriodain on the left and Stob a Choire Mheadoin on the right. The cloud remained fixed at this level all day. 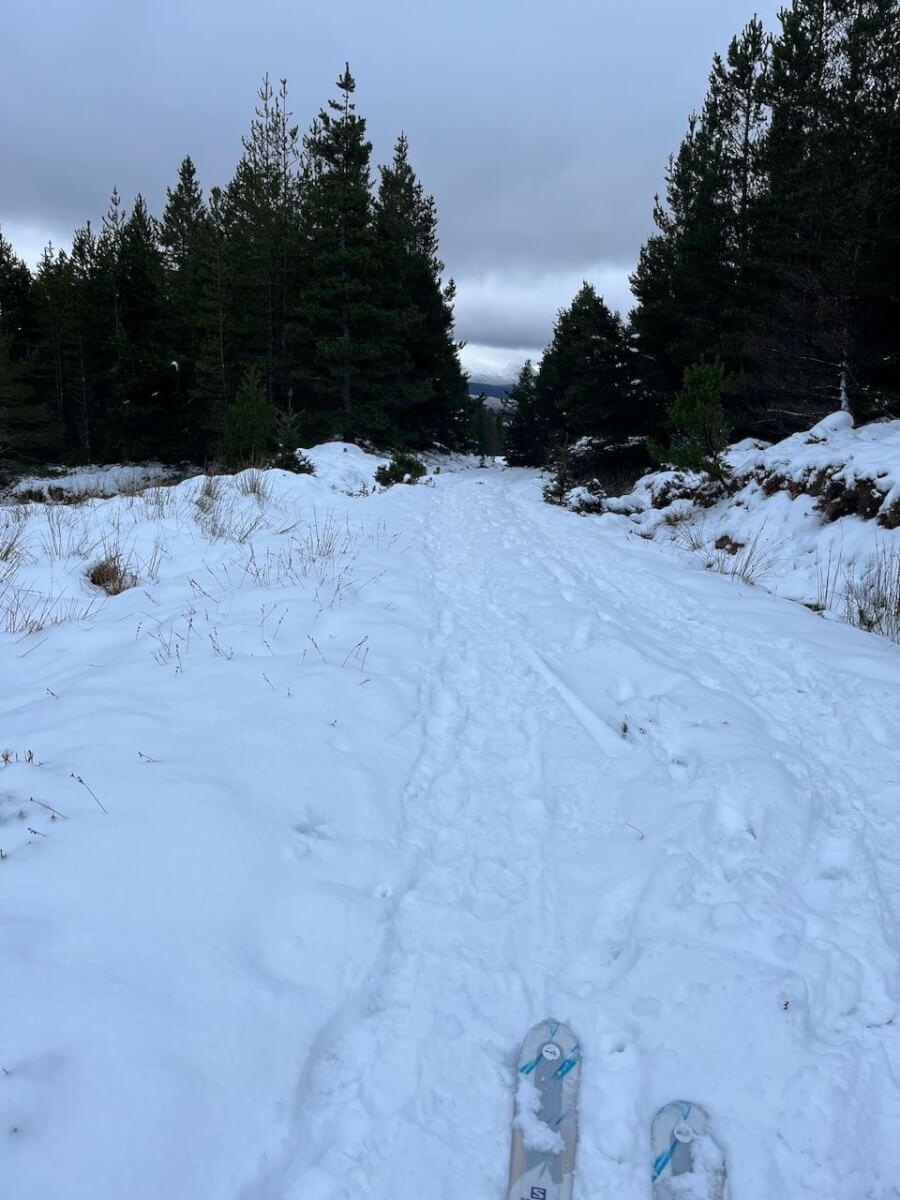 Despite the onset of thaw. conditions. There is still some snow at lower elevations. This was taken at around 450 metres at around 1pm today.